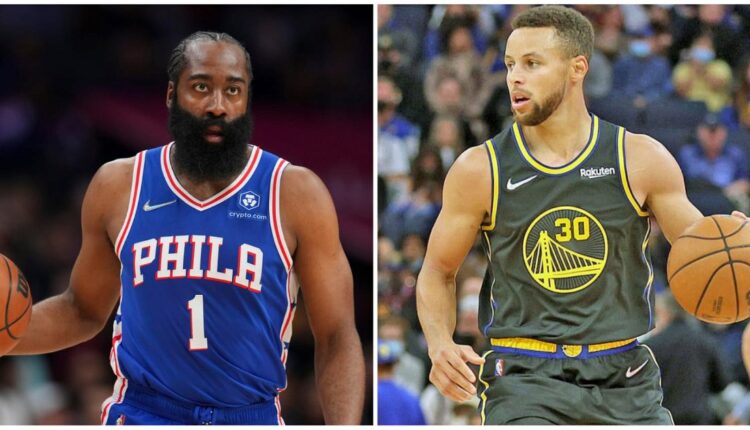 Not Stephen Curry but a particular Philadelphia 76ers star is currently the talk of the town. Curry recently suffered from a shoulder injury that forced him to take some time off from the game. While Curry remained on the sidelines for the past few games, James Harden has arguably been smashing his opponents left and right. Harden’s impressive performance in the Sixers’ recent games has garnered him a bucketload of praise from NBA fans. However, it is also the reason why fans have begun drawing comparisons between the two players.

The Golden State Warriors recently faced the Brooklyn Nets, in a game that did not end up well for the defending champions. The Nets defeated the Warriors with a 30-point difference, scoring 143 against the Warriors’ 113. The Nets also became the third team in the league’s history to score 91 points within the first half of the game. Furthermore, the Warriors lost their second consecutive game in Curry’s absence. According to The Athletic’s Shams Charania, the reigning Finals MVP will remain on the sideline for at least two weeks. Amidst all this, the Philadelphia 76ers are coming on strong as they won their seventh straight game against the Los Angeles Clippers recently.

The Philadelphia 76ers’ win over the Clippers was a treat for Sixers fans to witness, and evidently, it was even better for Harden’s fans. The fandom was swooning over the 10x NBA All-Star after he scored a career-high 21 assists in the game. Harden became the third-ever Sixers player to drop 20 or more assists in the franchise’s history. Until Harden, the only two Sixers players to have ever achieved it was NBA legends Wilt Chamberlain and Maurice Cheeks. Utah Jazz legend John Stockton currently sits on the throne as the all-time assists leader with 15,802 assists.

Unfortunately for Warriors superstar Stephen Curry, fans started comparing the four-time NBA champion to Harden following the significant achievement. Some felt it necessary to point out that Curry has never accomplished such a feat.

Whereas others even stated that Harden would have won several championship rings had he been playing for the Warriors instead of Curry.

The 76ers defeat the LA Clippers

WATCH THIS STORY: Pacers rookie Andrew Nembhard joins Stephen Curry and Trae Young in a historic list after going off against the Warriors

What did you make of James Harden’s triple-double vs the Clippers? Let us know in the comments below.