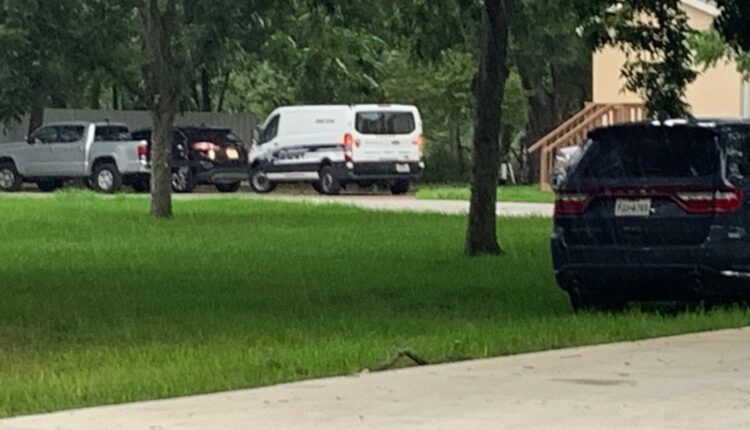 FRESNO, Texas — Several law enforcement agencies were seen Wednesday morning at a home in the Fresno area in Brazoria County.

A warrant was being served at the home on West Dallas near Nail Road, officials said. A narcotics lieutenant told KHOU 11 that the investigation was connected to a catalytic converter bust that involved possibly six locations. More than a dozen pallets of stolen catalytic converters were seen being removed from the Fresno area home.

A second KHOU 11 crew captured video at a Pearland home that may be connected to the investigation.

We are working to find out how many locations are involved and who was arrested.

HAPPENING NOW: I’m at a neighborhood in Pearland where @PearlandPD have 2 homes roped off in crime scene tape — I’m told it’s a catalytic converter bust of some kind — that #khou11 is learning may be connected to a larger investigation happening in possibly 6 locations. @KHOU pic.twitter.com/N16DN8v0B8

MORE: officers here at the scene tell me the catalytic converters you see out here in the yard (wheel barrow full of them & several pieces on the grass) is just a fraction of what they found. I’ve reached out to @PearlandPD spokesperson for MORE details. @KHOU pic.twitter.com/6cMp1mzKjT

Neighbors tell me 2 families (they’re related) live in these 2 houses roped off in crime scene tape. Police say people are still inside the home w/ all the catalytic converters out front. @KHOU pic.twitter.com/XGmCWVj40p

Stay with us as we work to gather more on this developing story.