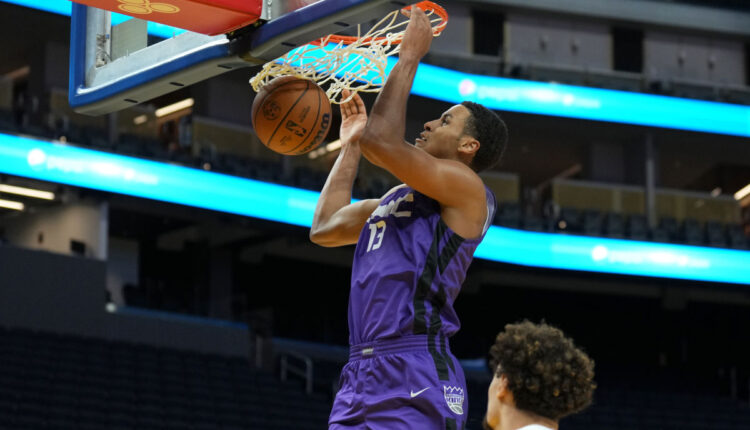 After starting with the 7th best NBA Draft lottery odds and jumping to the fourth overall selection, the Sacramento Kings left with Keegan Murray, who will try to help usher the team to the playoffs for the first time since 2006.

Murray, one of the older draftees, has obvious talent. But how does he fit with the Kings’ current roster?

A long-bodied shotmaker with a crack for helping in a wide variety of areas, Murray projects to be at the least a solid NBA starter.

He’s well built for today’s NBA, and has a well-rounded enough game to plug into several systems and lineups.

Offensively, he’s excellent at finding his spot down low, and is a reliable and consistent shot-maker. He’s made major improvements defensively, and stays very active on that end.

The Kings unpredictability is part of what makes projecting Murray’s role this upcoming season so hard.

Despite years of hardship on the hardcourt and some questionable moves as of late, the Kings actually have a fairly commendable roster. One that, in the least, should contend for a play-in spot. In year’s past, Murray would have earned a starting role immediately.

At 6-foot-8, Murray has great mobility, meaning he’ll likely be able to play the three and four with ease. The problem there, is that there’s already a logjam there with sharpshooter Harrison Barnes and former All-Star Domantis Sabonis.

For my money, I think Murray will simply be too good and too impactful to leave the court, making for a Murray-Barnes-Sabonis lineup in the backend. De’Aaron Fox, Davion Mitchel and additions Malik Monk and Kevin Huerter will likely fill out the backcourt.

Should Murray come off the bench, he could function as more of a centerpiece rather than a connecting piece. But his talents could look slightly more limited. He’ll make his money making all the right plays and hustling around, and should weave his way into the starting lineup sooner rather than later.

Murray was likely the best player in college basketball last season. The best and most important piece on

That said, he should enter the NBA as one of the best players from the 2022 class. But he’ll be in a very, very different situation from his 22′ counterparts.

Murray wants to begin his career with a team desperate to get a taste of the playoffs. Unlike Paolo Banchero, Jabari Smith Jr., Jaden Ivey and others who have time to be patient and develop.

For being in the playoff hunt and not being a primary piece, I think All-Rookie second team is in his future.

Want to join the discussion? Like Draft Digest on Facebook and follow us on Twitter to stay up to date on all the latest NBA Draft news. You can also meet the team behind the coverage.