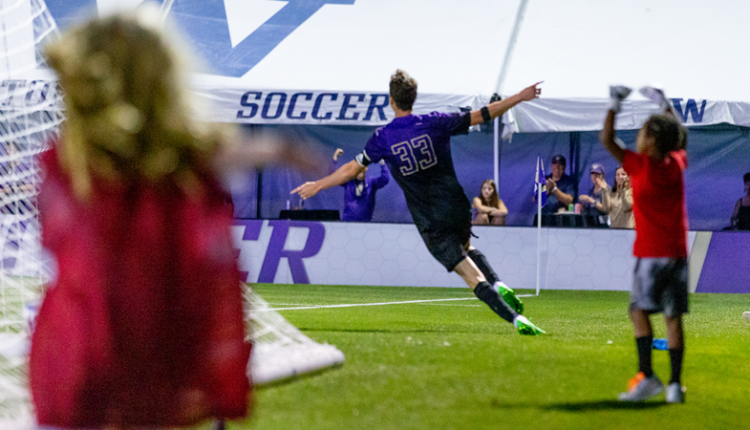 SEATTLE — The UW men’s soccer team kicked off the 2022 season with a 3-0 win over Sacramento State at home Thursday night. The Huskies are now 9-0 all time against the Hornets.

The Dawgs dominated all night on offense, outshooting Sacramento State 18 to 1 with seven shots on goal. The Hornets only registered didn’t register any shots on goal in a solid defensive night for UW.

The squad got the ball rolling when Preseason Best XI Second Team selection Christian Soto scored a goal in the 13th minute off an assist from Chris Meyers.

Richie Aman drew a hard foul resulting in a free kick for Chris Meyers. Soto shot a bit high in the 40th minute, nearly extending the Huskie lead to two.

Strong Husky defense prevented the Hornets from scoring on a corner kick seconds into the second half of play.

Imanol Rosales took a shot just barely blocked by the Hornets’ goalkeeper in the 48th minute and came close again a few minutes later narrowly missing an opportunity to score on a corner kick.

Christian Soto had himself quite a night offensively, notching a second goal as he slotted the ball into the back of the net in the 67th minute.

Just over a minute later, the Huskies were celebrating in the corner of the field once again as Lucas Meek added his own goal to the scoreboard, lifting the Huskies up 3-0 on an assist from Kalani Kossa-Rienzi.

The Huskies will be hosting Central Arkansas on Monday, August 29 at 7:30 pm at Husky Soccer Stadium.