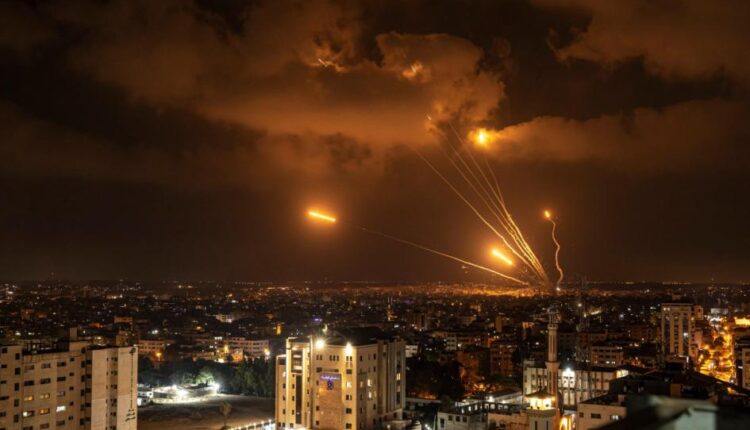 Israeli jets have pounded militant targets in Gaza as rockets rained on southern Israel, hours after a wave of Israeli air strikes on the coastal enclave killed at least 11 people, including a senior militant and a five-year-old girl.

The fighting that began on Friday with Israel’s dramatic targeted killing of a senior commander of the Palestinian Islamic Jihad group continued throughout the night, drawing the sides closer to an all-out war.

But the territory’s Hamas rulers appeared to stay on the sidelines of the conflict, keeping its intensity somewhat contained, for now.

Israel and Hamas have fought four wars and several smaller battles over the last 15 years at a staggering cost to the territory’s two million Palestinian residents.

The latest round of Israel-Gaza violence was sparked by the arrest this week of a senior Islamic Jihad leader in the West Bank, part of a month-long Israeli military operation in the territory.

Citing a security threat, Israel then sealed roads around the Gaza Strip and on Friday killed the militant leader in a targeted strike.

A blast was heard in Gaza City, where smoke poured from the seventh floor of a tall building.

Video released by Israel’s military showed the strikes blowing up three guard towers with suspected militants in them.

In a nationally televised speech on Friday, Israeli Prime Minister Yair Lapid said his country launched the attacks based on “concrete threats”.

“This government has a zero-tolerance policy for any attempted attacks – of any kind – from Gaza towards Israeli territory,” Mr Lapid said.

“Israel will not sit idly by when there are those who are trying to harm its civilians.”

“Israel isn’t interested in a broader conflict in Gaza but will not shy away from one either,” he added. 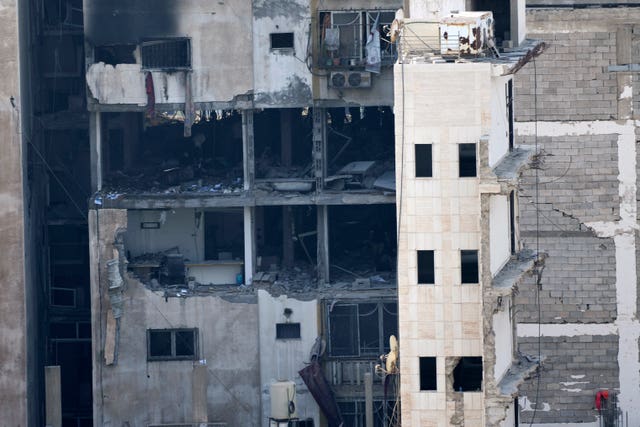 The violence poses an early test for Mr Lapid, who assumed the role of caretaker prime minister ahead of elections in November, when he hopes to keep the position.

Mr Lapid, a centrist former TV host and author, has experience in diplomacy having served as a foreign minister in the outgoing government, but has thin security credentials.

A conflict with Gaza could burnish his standing and give him a boost as he faces off against former Prime Minister Benjamin Netanyahu, a security hawk who led the country during three of its four wars with Hamas.

Hamas also faces a dilemma in deciding whether to join a new battle barely a year after the last war caused widespread devastation.

There has been almost no reconstruction since then, and the isolated coastal territory is mired in poverty, with unemployment hovering around 50%.

The Palestinian Health Ministry said a five-year-old girl and a 23-year-old woman were among those killed in Gaza, without differentiating between civilian and militant casualties.

The Israeli military said early estimates were that around 15 fighters were killed. 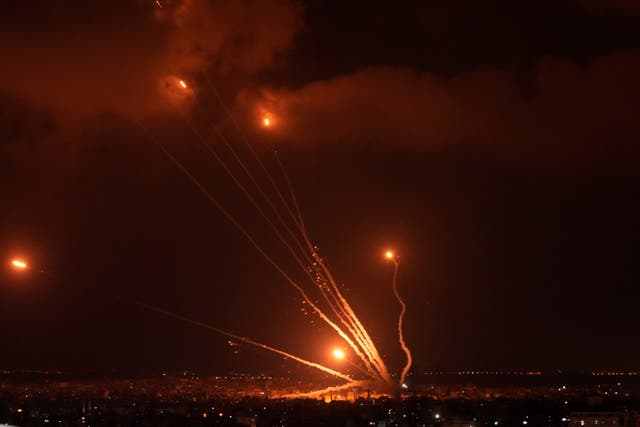 Islamic Jihad said Taiseer al-Jabari, its commander for northern Gaza, was among the dead.

He had succeeded another militant killed in an air strike in 2019.

An Israeli military spokesman said the strikes were in response to an “imminent threat” from two militant squads armed with anti-tank missiles.

The spokesman said al-Jabari was deliberately targeted and had been responsible for “multiple attacks” on Israel.

Hundreds marched in a funeral procession for him and others who were killed, with many mourners waving Palestinian and Islamic Jihad flags and calling for revenge.

Israeli media showed the skies above southern and central Israel lighting up with rockets and interceptors from Israel’s Iron Dome missile defense system.

It was not immediately clear how many rockets were launched, and there was no immediate word on any casualties on the Israeli side. 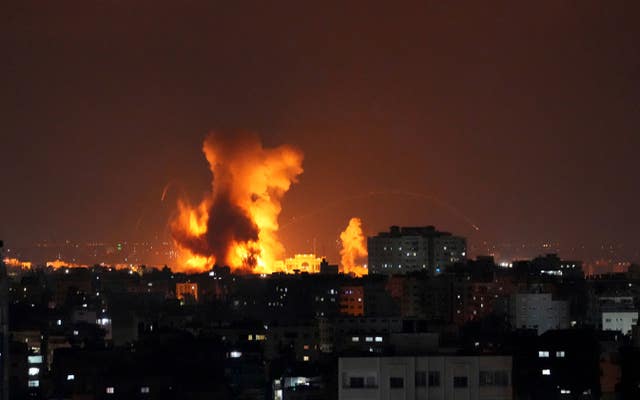 The UN special envoy to the region Tor Wennesland said: “The launching of rockets must cease immediately, and I call on all sides to avoid further escalation.”

Some went in to identify loved ones and emerged later in tears.

“May God take revenge against spies,” shouted one, referring to Palestinian informants who co-operate with Israel.

Defense Minister Benny Gantz approved an order to call up 25,000 reserve soldiers if needed while the military announced a “special situation” on the home front, with schools closed and limits placed on activities in communities within 80 kilometers (50 miles) of the border.

Israel closed roads around Gaza earlier this week and sent reinforcements to the border as it braced for a revenge attack after Monday’s arrest of Bassam al-Saadi, an Islamic Jihad leader, in a military raid in the occupied West Bank.

A teenage member of the group was killed in a gun battle between Israeli troops and Palestinian militants. 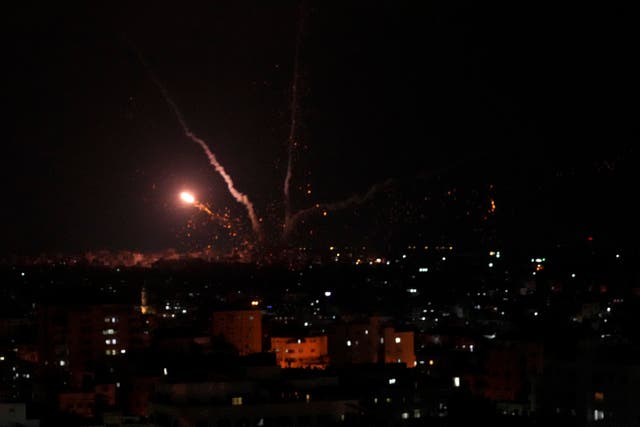 Hamas seized power in the coastal strip from rival Palestinian forces in 2007.

Its most recent war with Israel was in May 2021.

Tensions soared again earlier this year following a wave of attacks inside Israel, near-daily military operations in the West Bank and tensions at a flashpoint Jerusalem holy site.

Israel withdrew troops and settlers from Gaza in 2005.

Islamic Jihad leader Ziad al-Nakhalah, speaking to the Al-Mayadeen TV network from Iran, said “fighters of the Palestinian resistance have to stand together to confront this aggression”.

He said there would be “no red lines” and blamed the violence on Israel.

Hamas spokesman Fawzi Barhoum said “the Israeli enemy, which started the escalation against Gaza and committed a new crime, must pay the price and bear full responsibility for it”. 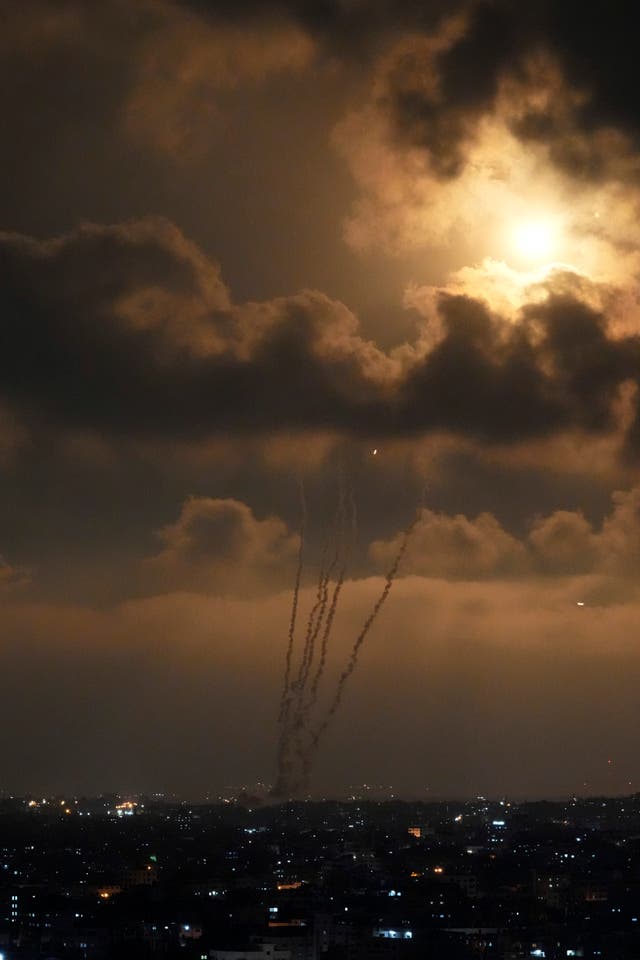 Iranian-backed Islamic Jihad is smaller than Hamas but largely shares its ideology.

Both groups oppose Israel’s existence and have carried out scores of deadly attacks over the years, including the firing of rockets into Israel.

It is unclear how much control Hamas has over Islamic Jihad, and Israel holds Hamas responsible for all attacks emanating from Gaza.

Israel and Egypt have maintained a tight blockade over the territory since the Hamas takeover.

Israel says the closure is needed to prevent Hamas from building up its military capabilities.

Report shows Fresno homicides down compared to same time in 2021