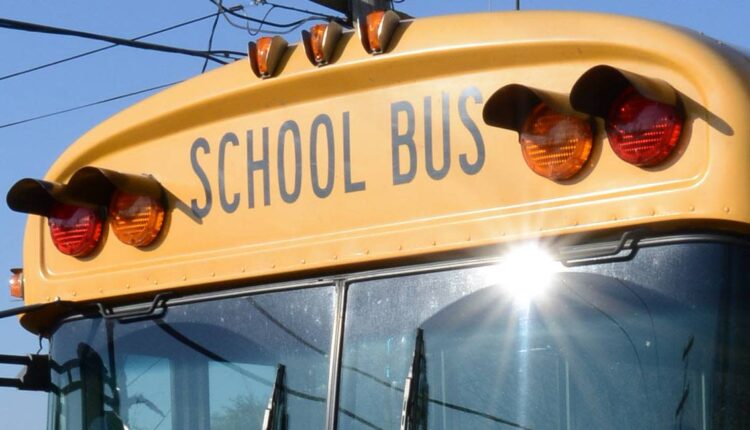 As school districts as far away as Philadelphia — and as close as the San Fernando Valley — send students home early and cancel football games due to extreme heat around Labor Day weekend, most Fresno-area schools are remaining open but taking precautions.

The heat wave scorching California is hitting the Central Valley particularly hard, with temperatures in Fresno predicted to surpass 105 degrees for the next several days and reach as high as 113 degrees early next week.

Leaders of local school districts say they have procedures in place to handle the heat wave, especially as extreme heat is somewhat more familiar to Fresno.

So far, only one Fresno Unified school, which specifically serves students with severe disabilities, has made the decision to close early, according to FUSD spokesperson Nikki Henry. That school, Addicott Elementary, released students early on Friday and will again Tuesday out of an abundance of caution regarding “heat on school buses for their medically fragile students,” Henry said in an email to the Education Lab.

Beyond that school, Henry said the extreme heat doesn’t impact most classrooms or lunch periods significantly, since temperatures tend not to exceed 105 degrees until after 3 pm, when classes have already been dismissed.

Clovis Unified spokesperson Kelly Avants said in an email that as a Central Valley district, Clovis Unified has “a series of protocols and systems” to deal with both extreme heat and poor air quality.

“We have never canceled classes due to heat because of the supports in place to ensure our campuses are cool,” Avants said. “In fact, we sometimes operate as cooling centers for the community during hot weather (not during the school day).”

Central Unified is equipped with a system to report air conditioning issues and “a team responding quickly whenever reports are received,” according to Superintendent Ketti Davis.

“Our district maintenance and operations team has backup systems to use as needed,” she said.

Still, some Fresno-area classrooms have experienced issues with their air conditioning this school year.

FUSD is one of them. The district has experienced power outages at some campuses due to PG&E issues, Henry said.

“When that happens, we work with our maintenance and nutrition departments to provide a generator to connect fans and cold water for students and staff,” she said. “In case of an extended power loss, we have dismissed school early.”

Clovis Unified has had three issues this year with HVAC, Avants said, with one being resolved within hours and two others ongoing, although the other issues are not related to cooling.

The district does not have any facilities without air conditioning, Avants added, and Clovis Unified is setting its air conditioning to kick on earlier in the day Tuesday in anticipation of higher temperatures as students return from Labor Day weekend.

In times of extreme heat, Sanger Unified School District will often use what they call a “Rainy Day” schedule, when lunch is shortened and all activities are moved indoors. All the classrooms, cafeterias and indoor areas are air-conditioned with the units maintained and serviced frequently, SUSD said in an email.

If a unit does go out, students and teachers would move to another location in the school, such as the multipurpose room, but the district wouldn’t consider canceling classes.

Avants said Clovis Unified would follow a similar procedure if a classroom is without air conditioning but would also bring in portable air conditioning units or fans, reduce lighting or go outside under the shade if that were cooler.

Extreme heat poses severe health risks, especially for young children, which has led some parents, teachers and students in California to demand additional protocols as extreme heat intensifies due to climate change.

In Los Angeles Unified, parents have been calling for increased shade and green space on school sites — and less asphalt, which researchers recorded warming up to 145 degrees on a 93 degree day in the San Fernando Valley.

Central Unified’s superintendent said that the district has not yet installed any additional shade structures this week and that schools are “using current shade structures, natural shade, and indoor spaces.”

In Fresno Unified, Henry said the district is partnering with Tree Fresno to plant more trees and increase natural sources of shade on campuses. The district also has also provided additional shade structures to playgrounds at Jackson and Slater elementary schools.

For students who don’t have access to air conditioning outside of school, the city of Fresno operates four cooling centers on days when the forecast is at or above 105 degrees Fahrenheit. These can be found at the following locations:

Get stories that matter on education issues critical to the advancement of San Joaquin Valley residents, with a focus on Fresno. Sign up, and join the conversation.

We’re bringing attention to the education issues critical to the advancement of our communities.
Learn more about The Fresno Bee Education Lab here.