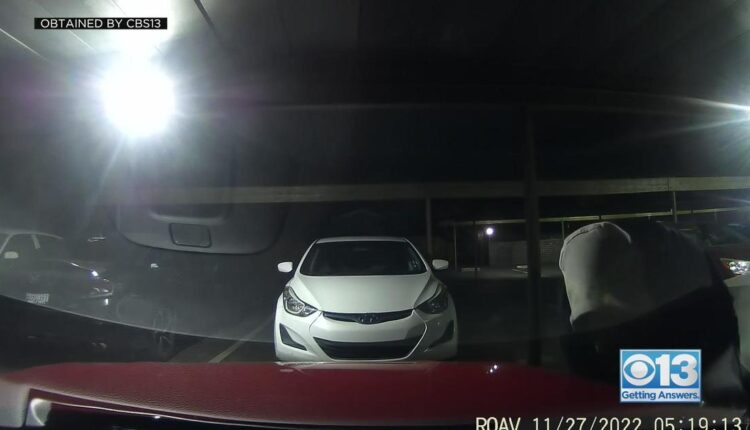 STOCKTON — A thief caught in the act. Dashcam video shows a man stealing rims and wheels off of a car in a Stockton apartment complex.

And it’s not just one car. Residents at the Oakwood Apartments say it has been happening again and again.

Austin said she has been targeted by thieves once in the Oakwood Apartments and twice in other locations. The same night her car was targeted in her apartment complex, three other cars were also hit.

In most cases, the victims are the owners of 2022 Honda Civics.

“I’m concerned, every time I come in here now. I don’t even know if I want to stay here living here because we’ve been here two months and already this is too much,” Austin said.

The Honda Civics come standard with black rims that crooks are craving. Thieves break inside the vehicles first to try and find the wheel locks, leaving shattered glass everywhere. Stockton police say they are aware of these cases.

The management at Oakwood Apartments did not return a request for a statement. The apartment complex has surveillance cameras and a contract with a patrolling security company.

People CBS13 spoke to said they didn’t feel reassured the security precautions were keeping them safe.

“Life’s difficult, but this makes it even harder. My son couldn’t go to work that next day because we had no vehicle to get him there,” Austin said. “Glass was all throughout the car.”

Hot wheels have thieves turning the apartment complex into their personal playground.