Jackie Burns, Ben Fankhauser, and More Will Lead SOMETHING ROTTEN! in Sacramento 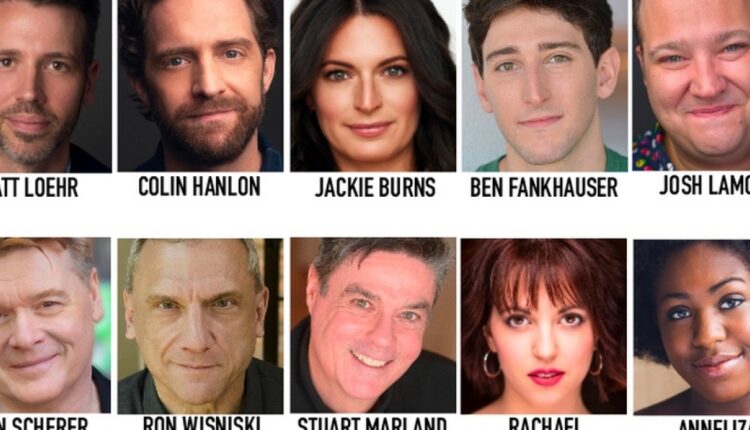 Broadway at Music Circus in Sacramento has announced its cast for Something Rotten!, which includes Jackie Burns, Ben Fankhauser, and more!

Featuring large song and dance numbers and a wacky cast of over-the-top characters, the musical received show-stopping standing ovations throughout its Broadway run. Set in 1595, this hilarious smash tells the story of two brothers who set out to write the world’s very first MUSICAL!

The cast of SOMETHING ROTTEN! features Broadway veterans and Broadway At Music Circus favorites. Playing Nick Bottom is Matt Loehr, whose Broadway credits include THE BOOK OF MORMON, THE PRODUCERS, CHITTY CHITTY BANG BANG, PROMISES, PROMISES and EVITA, and who was most recently at Broadway At Music Circus in 2019’s THE DROWSY CHAPERONE and 2018’s SINGIN’ IN THE RAIN. Colin Hanlon, playing Shakespeare, has appeared on Broadway in FALSETTOS, RENT and IN TRANSIT, in the First National Tour of WICKED, and in off-Broadway and regional theater productions throughout the country. Playing Bea is Jackie Burns, who appeared on Broadway and in the National Tours of WICKED (Broadway’s longest running Elphaba) and IF/THEN, in the Tony winning Broadway revival of HAIR, off-Broadway in ROCK OF AGES and UNLOCK’D and at a number of regional theater companies.

Returning to Broadway At Music Circus to play Nigel Bottom after his acclaimed appearance as Huckleberry Finn in the 2015 production of BIG RIVER is Ben Fankhauser, best known as Davey in the Broadway production of Disney’s NEWSIES, and who has appeared in the National Tours of BEAUTIFUL : THE CAROLE KING MUSICAL and SPRING AWAKENING. Josh Lamon, playing Nostradamus, has appeared on Broadway in THE PROM, GROUNDHOG DAY, FINDING NEVERLAND, ELF THE MUSICAL and HAIR, in the National Tours of WICKED and HAIR, and in a number of off-Broadway and regional theater productions. Making her Broadway At Music Circus debut as Portia is Halli Toland, who appeared on Broadway in CAROUSEL, in the Broadway production and National Tour of CHARLIE AND THE CHOCOLATE FACTORY, and in the National Tour of CATS.

Playing Brother Jeremiah is John Scherer, who has appeared in a number of Broadway At Music Circus shows, on Broadway in SUNSET BOULEVARD, LOVEMUSIK and BY JEEVES, and in National Tours of 42nd STREET, CATS, WHITE CHRISTMAS, HELLO, DOLLY! and MAME. Audience favorite Ron Wisniski, who has performed in more than 30 Broadway At Music Circus productions, including this season’s CAROUSEL and KISS ME, KATE, returns as Shylock; he has performed in National Tours including Disney’s BEAUTY AND THE BEAST, TINTYPES and ANNIE and in more than 200 plays and musicals at regional theaters nationwide. Another Broadway At Music Circus audience favorite, Stuart Marland, who performed this season’s KISS ME, KATE, on Broadway in XANADU, JEKYLL & HYDE, CYRANO – THE MUSICAL, and Disney’s BEAUTY AND THE BEAST and NEWSIES, and in a number of National Tours , plays Lord Clapham/Master of Justice.

The Director for SOMETHING ROTTEN! is Linda Goodrich; Choreographer is John MacInnis; and Musical Director is Ben Whiteley. Broadway At Music Circus is produced under the leadership of Producing Artistic Director/COO Scott Klier. Broadway Sacramento President/CEO is Richard Lewis.

‘So Rudderless’: A Couple’s Quest for Autism Treatment for Their Son Hits Repeated Obstacles