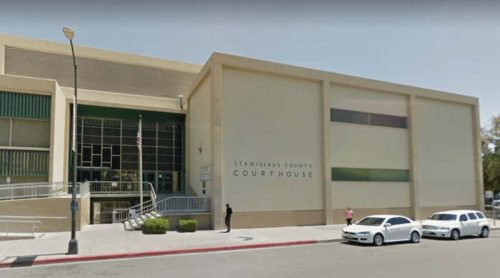 According to the Modesto Police Dept., Amber Gartin, Salvador Licea-Valencia, and Manuel Alejandro Licea-Valencia were arrested in December 2021 for a double homicide that occurred in the afternoon near the Thresher Avenue and Oregon Drive intersection.

According to the police officer’s testimony on Friday, the investigations are still going and the exact motive for the fight still remains unclear. However, both victims were allegedly in dispute with the accused over the farming of marijuana.

Since there were several rounds of firearms being fired by two accused, it is still unclear whose gunshots exactly killed the victims, said officers.

Although full details are not clear, the investigation revealed some important facts suggesting it was a planned homicide, tested officers.

The investigation reports stated that Amber Gartin allegedly planned the murders, calling the victims to the location, and had given pre-instruction to Salvador and Manuel to start firing at victims as soon as they arrived.

To this, the defense argued that Gartin is not the mastermind and she was seen attempting to stop Manuel from firing.

A police officer’s testimony about the crime scene and other proof such as scene photographs were submitted by the prosecution on Friday during the pretrial examination.

Near the end of the hearing, defense attorney Frederick Krueger argued the accused should be granted bail by emphasizing the fact that they have no prior criminal record and are not a threat to public safety, and have small children at home, canceling the possibility of their flying from the country.

However, the prosecution pointed out the accused are a threat to public safety and should not be released on bail, noting, “the sheer number of bullets and the amount of time it took to shoot…is impossible even with a semi-automatic firearm with a professional firing it,” suggesting the use of fully automatic weapons which is a concern for public safety.

The judge denied the release request and set the bail amount to $10 million. The trial is scheduled for August.

Pennridge High students use STEM to build guitars from scratch