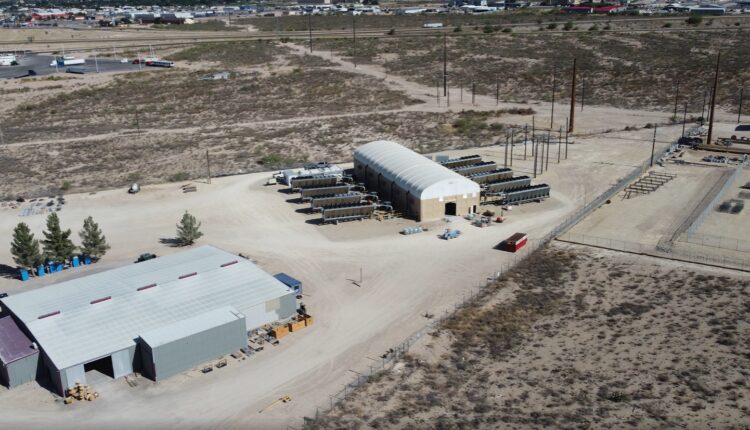 As the epicenter of US energy, the Permian Basin leads the nation into crude oil and natural gas production.

But that epicenter also contains significant production of wind and solar energy, and that’s drawn companies like Lancium to the region.

Houston-based Lancium is a technology company that creates software and intellectual property solutions that enable more renewable energy on the power grid. The company is constructing its first Clean Campus in Fort Stockton, with a second under development in Abilene.

“There’s so much renewable energy in the area,” observed Andy Schonert, director of corporate communications for Lancium as he stopped in Midland following a visit to the Fort Stockton site. He said the first phase of the campus, providing about 25 megawatts, will be fully online this summer and the company is moving ahead with plans to reach full capacity of 325 MW by the end of the year.

“We see the benefit as bringing the grid stability,” he said, explaining that the facility will be enabled by Lancium’s Smart Response system to act as controllable load resources, able to ramp up or ramp down, depending on the grid’s demand load.

There’s so much renewable energy in the area that even with local demand, he said renewables are curtailed because there’s not enough transmission capacity. The company’s controllable loads can act as a power station in reverse by absorbing renewable energy while providing the grid ancillary services.

“The special sauce for the company is our software,” Schonert said. He noted that the companies using the facility are energy-intensive applications but can be interrupted. Lancium’s software can sense the grid’s need and act within seconds, he said.

“There’s so much focus on power generation, this is the demand side,” said Schonert.

The flexibility offered to the grid should spill over into renewables, improving the economics for renewable sources while also providing grid stability and reliability, he added.

While the company is currently hosting a mix of high-performance applications, Schonert said Lancium is also looking to host other applications, such as hydrogen development.

Schonert estimated the Fort Stockton and Abilene facilities could create 57 jobs, such as network administrators.

The Sacramento Kings Should Consider Bennedict Mathurin At #4