Local government is key to establishing equity in California 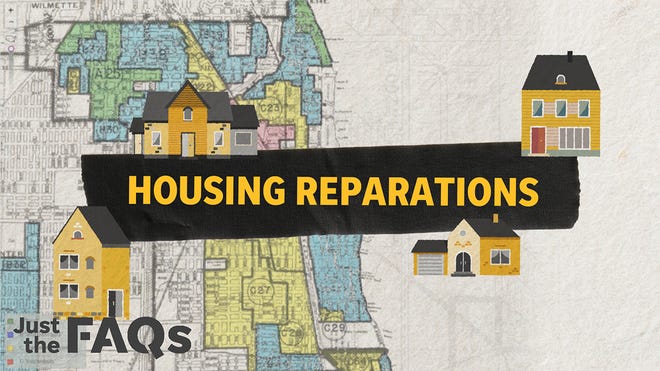 As the State of California considers reparations to correct fundamental economic harms caused by slavery, it is local governments that have the authority to either aid or thwart such equity initiatives. A dispute in Fresno, where proposed industrial expansion threatens a community-led plan to address generational equity concerns, is one example. In the coming months, the Fresno City Council and mayor will decide the fate of the southwest Fresno community, providing a potential case study for the ways racial, economic and environmental injustice can play out in California.

California claims to be a leader in the fight for racial justice, as well as a world climate leader, but from the vantage point of southwest Fresno, the realities of historic and present-day policies leave us far from achieving racial, economic or climate justice . When there’s money to be made in California, it’s communities of color that usually pay the price.

The Fresno City Planning Commission voted last month to advance the mayor’s proposals to allow industrial development to expand in southwest Fresno, an area residents fought hard to keep out of industry control because of adverse health effects experienced by residents — primarily people of color.

Many descendants of enslaved people in the United States came to California during the Great Migration. Those who settled in Fresno could only buy property in the industrial southwest corner of the city, which was and remains significantly more polluted than other areas of Fresno, with high rates of correlated health issues to prove it. Southwest Fresno now is ranked in the 99th percentile for hazardous environmental factors. (A pernicious lending practice known as redlining denied home mortgages to Black residents seeking to buy in other parts of Fresno.)

California didn’t participate directly in the slave trade, but practices like redlining and racial covenants in Fresno, which were widespread , kept descendants of enslaved Americans locked out of healthier neighborhoods with corresponding higher property values. This provides a clear example of how racism in California fueled negative, generational impacts on health, environment and wealth-building. Theoretically, reparations are intended to make some of those repairs.

In 2017, the City of Fresno incorporated the Southwest Fresno Specific Plan into its official planning documents, the result of a community-led campaign to block harmful industry development and put forth a vision of a healthy, thriving community. Now, industrial businesses that want to expand are undermining the plan with applications to revert to previous zoning designations, with growing support from city officials. Community members oppose the rezone and its related proposal for an industrial “overlay district” because both ignore their vision for a healthier southwest Fresno.

Southwest Fresno needs more affordable housing, not more industrial development. Residents also need and have asked for retailers that offer basic necessities. Warehouse communities like the one in southwest Fresno have been transformed into accessible, mixed-use neighborhoods — Emeryville, for example. Fresno residents would like to see that kind of change happen too.

The question is: Do their needs hold as much weight for city leaders as wealthier, whiter interests?

Will the Fresno City Council and mayor advance justice in the region?

Will city leaders do what they say they stand for when confronted with a decision to appear business interests at the expense of low-income communities? It is up to them to deny the rezoning proposal and overlay district.

The California Reparations Task Force is an incredible start for the conversation of justice, but it’s the local, less splashy choices like Fresno’s that will determine reality. Everyone interested in racial, economic and environmental justice in California should watch what happens in Fresno — or get involved. Here’s how:

Be on the lookout for the City Council meeting that will determine the outcome for zoning in southwest Fresno.

Call the mayor and city council members to let them know Californians expect communities to be listened to and equity standards upheld.

Pay attention to your local government’s zoning actionswhere much of the movement for equity takes place.

Let the members of the California Reparations Task Force knowas they prepare its statewide recommendations, that they must include tactics to address local government’s authority.

As with many well-intentioned policies from Sacramento, it’s what happens in cities and counties that has the biggest impact on Californians.