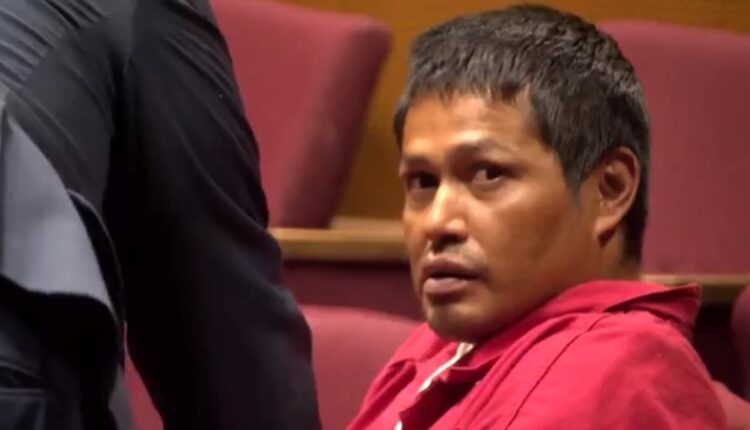 Fresno, Calif. (KSEE/KGPE) – The man accused of the stabbing that took place at Fresno’s Lithia Ford dealership made a court appearance Monday morning.

Seen inside Fresno County Superior Court dressed in a red jumpsuit wearing handcuffs, Manuel Bracker’s arrangement was postponed for a week and his bail was set at over a million dollars.

Records show that Bracker was charged with attempted murder and assault with a deadly weapon other than a firearm.

RELATED: ‘We have not held him accountable,’ says Fresno’s police chief

Police say Bracker was arrested Wednesday after he allegedly stabbed a 56-year-old man at the dealership near Highway 41 and Bullard Avenues in north Fresno. The victim was transported to a local hospital where he is listed in critical, but stable condition. officers say.

Bracker is scheduled to be in a Fresno County courtroom on Nov. 7.

According to the Fresno County District Attorney’s Office, it is also alleged that he has one prior ‘strike’ conviction for assault with a deadly weapon from 2020.