Man hit and killed by car during fight in southeast Fresno, police say 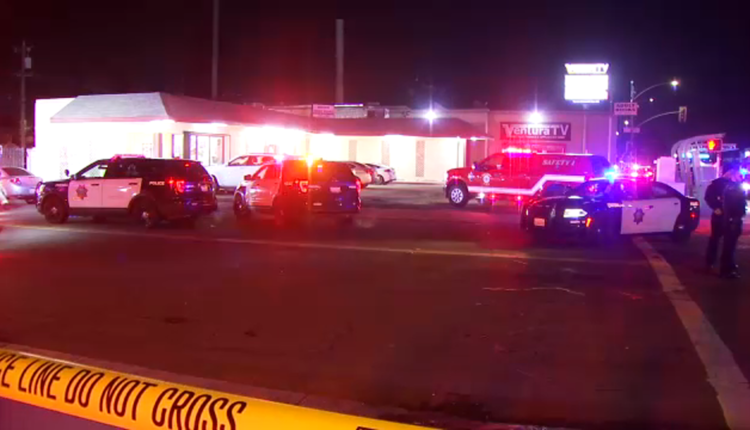 FRESNO, Calif. (KFSN) — A man was killed after he was hit by a vehicle during a fight in southeast Fresno on Friday night, according to the Fresno Police Department.

The crash happened around 7:30 pm in the area of ​​Ventura Avenue and 6th Street.

Officers say two men had been fighting with each other at a nearby business leading up to the crash.

During the argument, officials say one of the men got into his vehicle and started driving recklessly.

Investigators say some witnesses reported seeing the driver doing donuts in the intersection.

At some point, officials say the the driver ended up hitting the man he had been fighting with, pinning him under the vehicle.

The driver is cooperating but he may face vehicular manslaughter charges.

The cause of the crash is still being investigated, but officers say alcohol may have been involved.