McCarthy’s constituents size up his chances 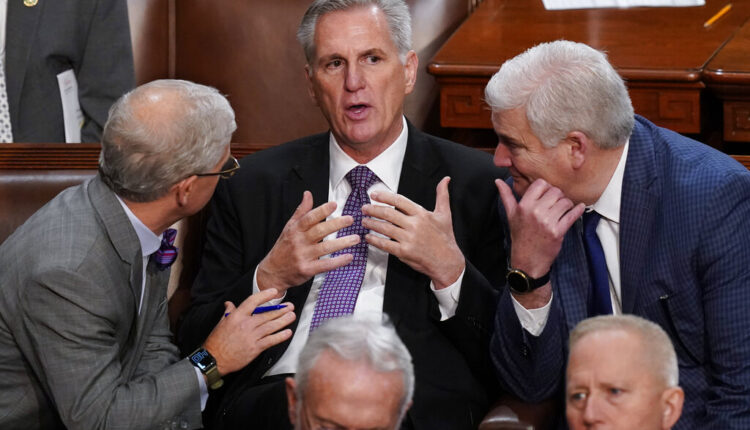 BAKERSFIELD, Calif. (KGET) – Day three of the speakership vote drama in Washington, DC, found Kevin McCarthy’s constituents back in Bakersfield with a range of reactions.

The local reactions ranged from praying for his political survival to expecting things to maybe not go so well.

With the selection of a speaker – an unremarkable, one-ballot procedural exercise for every Congress since the chaos of 1923 – that’s 100 years of perfunctory formality up till now – McCarthy’s base of support at home might be expected to be squarely in his corner. And many of them, like Delano Minister Ana Bell, are indeed in his corner.

“I’ve been voting for him all along,” Bell said. “To me, he’s the most trusted person that I can vote for. I know he will fight for our rights and our needs, like not spending the extra money that we don’t need to spend.”

But things weren’t supposed to go like this. Bell said she stopped watching after the second ballot and had no idea the vote on the house floor would be moving on to a 12th ballot.

“What? And he’s still running?” she said. “OK, well, I’m praying for him to become the Speaker of the House.”

Not everyone is praying. Some say karma has caught up with the long-serving congressman from Bakersfield. Allen Tackett was one of them.

1.9M California inflation relief checks to be sent in 2023, state estimates: Are you eligible?

That would be brand-new House minority leader Hakeem Jeffries of New York and yes, that would be an upset for the ages.

Joey Garza thinks McCarthy’s inconsistency finally caught up with him.

“I don’t know Mr. McCarthy that well,” Garza said, “but I don’t trust him because he goes back on his word, back and forth. One moment he talks bad about Trump and the next day he’s over there visiting him at his Mar-a-Lago and I don’t like a person like that. I want you to be honest, sincere and truthful, you know?”

And yet he believes McCarthy can pull it out.

“It’s kind of amazing to me that in 100 years they’ve never seen anything like this in the US Congress,” Knight said. “To me, he’s hanging on pretty desperately here.”

“I guess that kind of depends on where the Republican Party’s at right now,” he said. “And right now they seem to be pretty divided and in disarray. … [McCarthy] was kind of expecting it and I think there were a lot of people who thought it was just gonna happen. So, yeah, this is a little unexpected and quite entertaining.”

And so, round after round, the drama continues—perhaps a little reminiscence of the Garces Circle in downtown Bakersfield.

Should Highway 99 in Sacramento have closed sooner during storm?