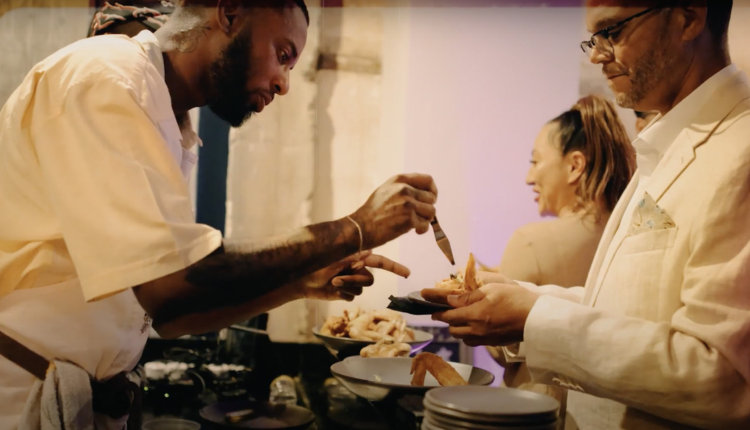 Since its launch in 2018, Sacramento-based dining club Last Supper Society has coordinated many a stunning event throughout the NorCal region, including a particularly stunning sit-down dinner overlooking a cliff in Half Moon Bay last fall. Now Ryan Royster, one of Last Supper Society’s co-founders alongside chef Byron Hughes, says more people can enjoy the group’s highly curated events than ever as the collective have become partners in Tiger Restaurant & Lounge, located between Old Sacramento and downtown. (The restaurant initially opened in 2018, then shuttered during COVID before reopening with Royster and Hughes at the helm earlier this year.) The Tiger gives Last Supper Society’s wildly creative events space to flourish, Royster says, plus the restaurant holds regular hours, too . “We were always a restaurant without walls,” Royster says. “But finding a way to stay true, stay authentic to ourselves, in a consistent way has been some of our best work.”

Head chef Byron Hughes cooked at a number of NorCal restaurants, but says he didn’t see many other Black chefs in the kitchen or in his audiences.Last Supper Society

Royster and Hughes call Last Supper Society a branding agency, producing events for clients as well as functioning as a culinary collective, meaning that they run events for themselves, too. They were inspired to start the business because they noticed there wasn’t much diversity or accessibility in the dining rooms where Hughes previously worked including restaurants like Graciano’s and Canon in Sacramento, Penrose and Boot & Shoe Service in Oakland, and Berkeley’s Chez Panisse, where he held an apprenticeship. “We wanted to reimagine how people break bread together,” Royster says. “Food is one of the most powerful social artifacts there is, and there’s a less stuffy way to do fine dining on an experiential level.” The two put their heads together, eventually landing on an “if you know you know” approach to underground events and dining. Namely, they advertise on social media with well-produced design and graphics made in-house.

And they were mighty successful, but then there was that one thing: “All of our ideas, bringing strangers together, were exactly what you can’t do during a global pandemic,” Royster says. But their pandemic pivot ended up being a boon. “We pivoted to a virtual model, which is really what blew us up,” he says. First, the Cook-In, a YouTube cooking show and class with the energy of a talk show, went gangbusters. Black Lives Matter co-founder Alicia Garza was on one episode, and James Beard Award-winning chef Brandon Jew hosted the Valentine’s Day show. Supper kits a la Hello Fresh were available for delivery to accompany each episode. “It became a date night thing to do,” Royster says. “We’d have 500 people in each class. When the world opened up, our IRL events just took off.” Since returning to in-person events they’ve brought people together at that sprawling cliffside dinner, a nearly 3,000-person Juneteenth party, and through the “Dark Hours” series, which saw Kodaiko and Sobre Mesa as hosts. The Black Supper, meant to explore “past, present, and future excellence in Black foodways,” meanwhile brought in Oakland’s Nelson German and Dinner on the Delta, a six-course meal followed by a vintage yacht ride outside of Walnut Grove, was not to be missed, either. “It’s been humbling to grow so exponentially,” Royster says.

The group is still getting into a regional cadence, popping up here and there in addition to serving dinner at Tiger. A Wu-Tang-themed activation at Viridian in Oakland was a solid bridge to the town for Lunar New Year, and to launch a new “Love Thy Neighbor” series the group hosted Rasheed Amedu for a Naija Boy Tacos pop-up. On September 25 you can catch Hughes at Sacramento’s Farm To Fork Festival, and in October they’ll come to San Francisco with a TBD music and food event. Tiger, their permanent home, is for all the people who can’t nab those increasingly difficult-to-get tickets, though. “We’re in the Bay Area all the time,” Royster says. “I just want people to keep rockin’ with us.” 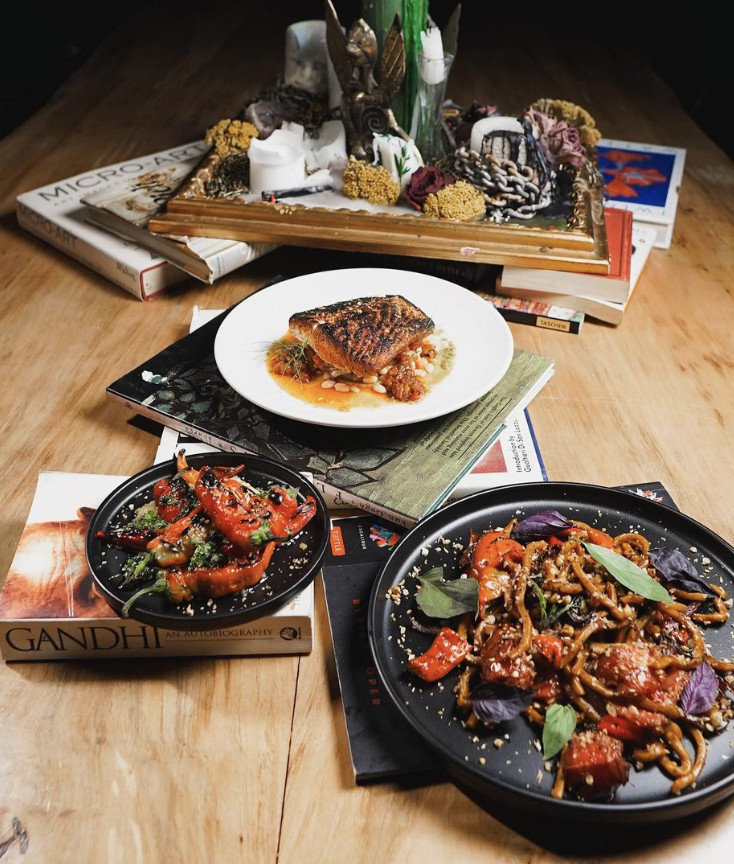 Dinner service at the Tiger Restaurant & Lounge centers Black and brown voices in the kitchen and on the menu. Last Supper Society

What to expect at the 2022 Modesto Bacon Festival