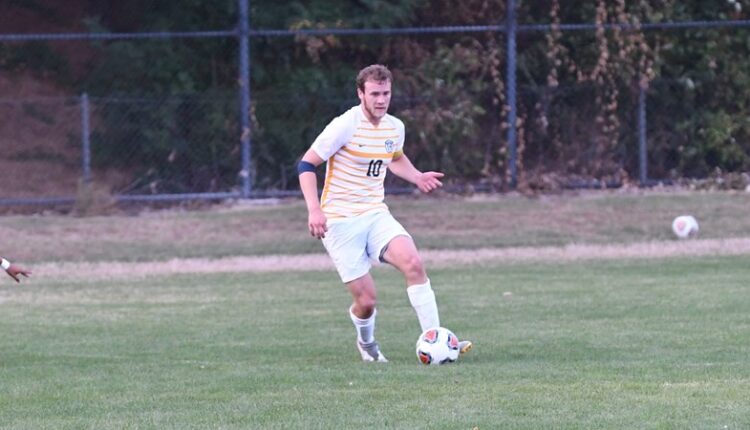 GALLOWAY, NJ – The Whitman College men’s soccer team had hoped to end their east coast road trip on a winning note, but came up just short in a 1-0 loss at Stockton University on Sunday afternoon.

The loss evened Whitman’s record at 3-3 and finished the trip at 1-2.

The Blues came out strong forcing much of the action in the midfield. Stockton broke through in the 17th minute though when Thomas Trimble took a long lead pass from Sebi Morrello and hit the top left corner for the match’s lone goal.

Bernie Jones had a solid outing in net for the Blues, playing a full 90 minutes while making two saves and allowing the one goal. Liam Brett recorded three saves in net for Stockton.

Next up for the Blues is the beginning of Northwest Conference play. Whitman opens the league season with a pair of home matches against George Fox (Saturday, Sept 17) and Pacific (OR) (Sunday, Sept 18).