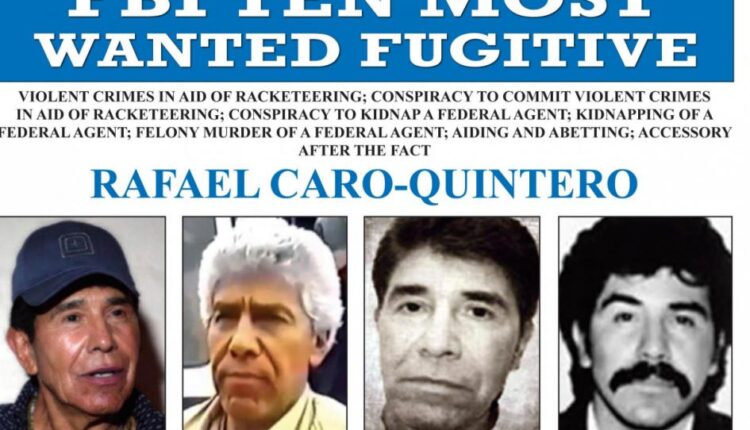 Infamous drug lord Rafael Caro Quintero, who was behind the killing of a US drug enforcement agent in 1985, has been caught.

The 69-year-old was captured by Mexican forces on Friday nearly a decade after walking out of a Mexican prison and returning to drug trafficking, Mexico’s navy said.

Caro Quintero was arrested after a search dog named Max found him hiding in brush in the town of San Simon in Sinaloa state during a joint operation by the navy and the attorney general’s office, a navy statement said.

The site was in the mountains near Sinaloa’s frontier with the northern border state of Chihuahua.

Mexico’s national arrest registry listed the time of Caro Quintero’s detention as around midday. There were two pending arrest orders for him as well as an extradition request from the US government.

Mexico’s attorney general’s office said in a statement late on Friday that Caro Quintero had been arrested for extradition and would be held at the maximum security Altiplano prison about 50 miles west of Mexico City.

A short video segment released by the navy showed Caro Quintero with his blurred face, dressed in jeans, a wet blue shirt and baggy khaki jacket, being held by both arms by men wearing camouflage uniforms and carrying assault rifles.

Caro Quintero walked free in 2013 after 28 years in prison when a court overturned his 40-year sentence for the 1985 kidnapping and killing of US Drug Enforcement Administration (DEA) agent Enrique “Kiki” Camarena. The brutal murder marked a low point in US-Mexico relations.

Caro Quintero, the former leader of the Guadalajara cartel, returned to drug trafficking and unleashed bloody turf battles in the northern Mexico border state of Sonora.

President Andres Manuel Lopez Obrador has maintained he is not interested in detaining drug lords and prefers to avoid violence, but the arrest came days after he met US President Joe Biden at the White House. 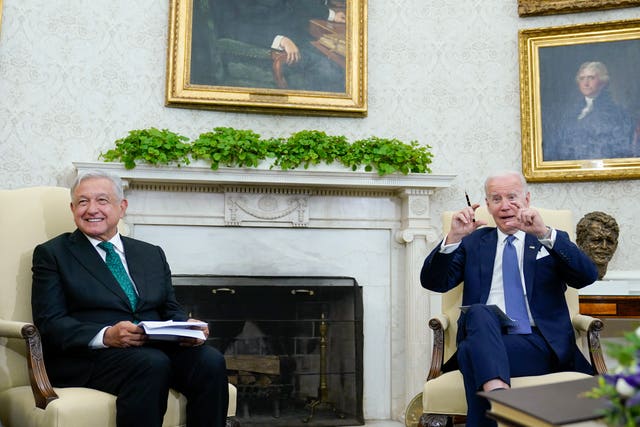 There had been tensions between the Mexican government and the DEA after Mexico enacted a law limiting the US agency’s operations, but the US agency’s new head in Mexico had recently received a visa, which US officials marked as a sign of progress in the relationship.

An appeals court overturned Caro Quintero’s verdict in 2013 but the Supreme Court upheld the sentence. It was too late by then; Caro Quintero had been spirited off in a waiting vehicle.

He was on the FBI’s most wanted list, with a 20 million dollar (£16.8 million) reward for his capture through the State Department’s Narcotics Rewards Programme. He was added to the FBI’s 10 most wanted list in 2018.

Caro Quintero was one of the primary suppliers of heroin, cocaine and marijuana to the US in the late 1970s.

He blamed Mr Camarena for a raid on a marijuana plantation in 1984 and the following year the US agent was kidnapped in Guadalajara, allegedly on orders from Caro Quintero. His tortured body was found a month later.