Mike Brown Not Worried About Sacramento Kings After 0-3 Start: “The Lack Of Playoffs In 16 Years Causes Little Bit Of Anxiety Around Here” 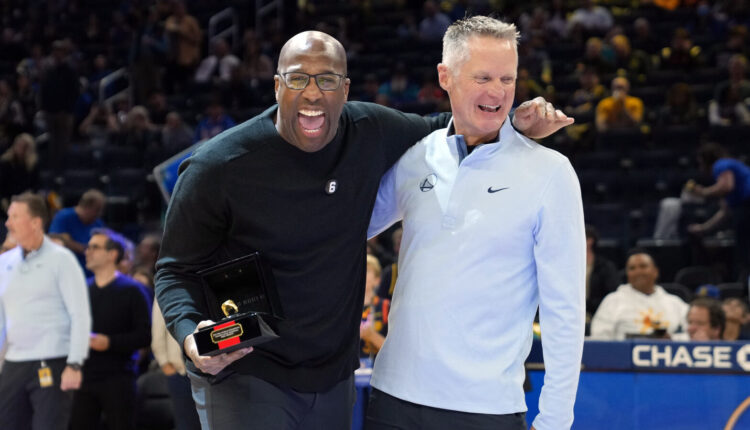 Mike Brown is not fazed by the Sacramento Kings starting the season 0-3, but understands panic because of team’s history of missing the playoffs.

The Sacramento Kings are one of the few struggling teams in the league that decided to not tank for Victor Wembanyama this season. Instead, the Kings have been trying to make little moves to be competitive enough to make the playoffs for the first time in 16 years. They made win-now free-agent signings and gave up a future star point guard in Tyrese Haliburton to acquire Domantas Sabonis last season.

The season hasn’t started the way the Kings would want it to. While they have looked competitive, they have fallen to a swift 0-3 on the season, with the team now needing to work their way back up into playoff contention. Coach Mike Brown is not worried about the team’s start and is confident that the ship will be back on track soon.

The Kings do have a very deep rotation of valuable players but the talent on this roster doesn’t make them eye-catching enough to be in the contenders’ race. However, this rotational depth might be a massive advantage throughout the season, especially during the midseason.

Will The Sacramento Kings Break Their Playoff Drought?

The Kings have had 3 tough opponents to start the season, facing the same competition as the Lakers so far. Both teams have lost to the Golden State Warriors, Los Angeles Clippers, and Portland Trail Blazers so far. The Kings and Lakers will also most likely be fighting over the final play-in spot.

The Kings do have the team they need to make a run to the playoffs but the West is quite top-heavy and that will make it extremely tough for them to break into the top 8 at the expense of any of the teams that are expected to make the playoffs in the west.

De’Aaron Fox and Sabonis look to be good on the court together and the team is still working pieces like Malik Monk and Kevin Huerter in the rotation to perfect their on-court play. The potential for success is there, it’s on Mike Brown to extract it from his players.

5.1 earthquake strikes near San Jose, is felt across NorCal