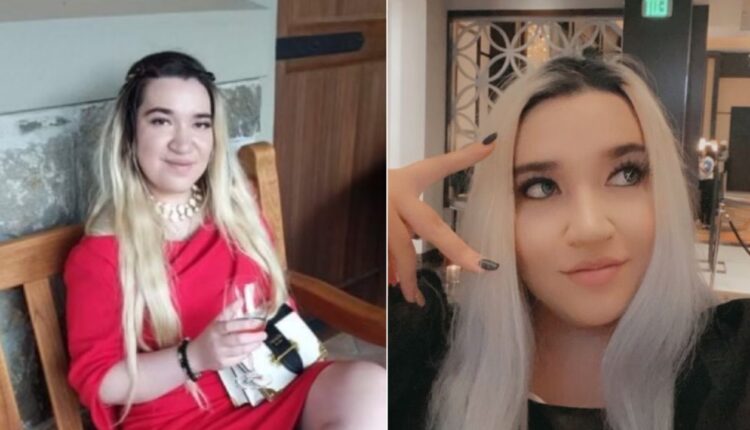 Sacramento Police and Aeris Hammock’s parents on Wednesday said she was safely found.

SACRAMENTO, Calif. (KTXL) — Sacramento Police said they are searching for 24-year-old Aeris Hammock, who is considered at-risk due to a medical condition.

Police said Hammock was last reported being seen on Dec. 9, near 3rd Avenue and 30th Street in South Sacramento.

A photo taken from security footage shows Hammock around the time of her disappearance, appearing to search for someone or something while walking up and down an alley.

Police shared a still image from a security camera showing Aeris Hammock around the time of her disappearance. (Photo from Sacramento Police) 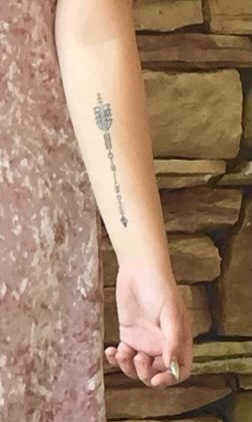 A photo shared by Hammock’s family shows a tattoo she has on her inner forearm.

She has an arrow tattoo on her forearm and may have a black and gold chain purse with her, the Hammock family said.

Neighbors in the area told FOX40 they saw Hammock and that she was looking for someone named “Chris.”

Hammock’s parents said she left their Roseville home alone around 1 pm on Dec. 9 in her gray Mustang. When they didn’t hear from her that night, they said it was a red flag, and they went searching for her around 9 or 10 pm

According to the family, they were able to find her car because her phone was inside the glovebox. When they found the car, it was reportedly unlocked and her cellphone had weeks’ worth of messages, calls and emails deleted.

“Everything in her emails, voicemails, calls out, calls in, text messages,” Dee Ingram, family spokesperson, said. “Everything was erased back at least six months on every single one. Somebody went to great lengths to erase a lot of information.”

USPA Nationwide Security, a Florida-based company, said they were bringing in Rodney Brown, private investigator and former Navy Seal, to help in the investigation.

“Two things. One: She abandoned and she wants to you know she’s running off with someone. Or two: Someone has her now, and they won’t let her go,” Brown said.

USPA Nationwide Security also said the area where she went missing is a cause for concern — The area is a major highway connector, where Highway 99 meets Interstate 80.

Brown said law enforcement will likely go through phone records and scrub through all security footage in the area, but they will also need information.

A $5,000 reward is being offered for information that leads to her finding.

Zach Boetto and Sergio Robles contributed to this article.