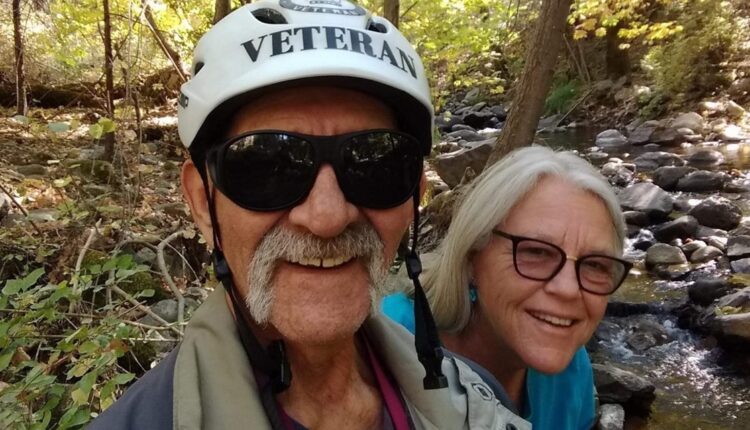 “He was just walking home from a great night, and because they’re street racing, they just took him out. That’s how I feel; they killed him, a good man.”

MODESTO, Calif. — For the people that knew David Patrick Valverde, he was not just the second person in Modesto to die due to alleged street racing. He was a man of God, who loved his family and who loved football.

Valverde, 66, was killed Oct. 28 after police say a motorcyclist racing a BMW hit a curb and then hit Valverde while he was walking home from a Downey High School football game.

“He was just walking home from a great night, and because they’re street racing, they just took him out. That’s how I feel; they killed him, a good man,” said Nikki Teixeira, Valverde’s girlfriend of 10 years.

Teixeira said Valverde was better known as “Patrick.” He was at the football game to see a number of his old friends from high school and also to support Downey in their game against Pitman High School.

“He was one of our good players then and he saw some of the players he used to play with back in 74′ and he had a really great night and people saw him, got lots of hugs,” Teixeira said.

She said he was having the time of his life at the game before the tragedy happened. Football was a passion of Valverde’s stretching all the way back to when his father taught him the game when he was young, Teixeira said. That passion got him a scholarship to Arizona State University before he eventually joined the Army, achieving the rank of Sergeant.

“He was a man of God. He loved the Lord. He loved his family. He loves football. He loved going fishing. He loved being in the outdoors and he really just loved people,” Teixeira said.

Teixeira’s last memory was of spending an afternoon with Valverde after church. He would sometimes cook her a meal and the two would watch a football game or something else on the TV.

Now, she said any future memories with him were taken away.

“I just really want justice for Patrick… street racing is illegal and stop, stop doing such silly things. You (can) take somebody away that means a lot to people. And he was just walking home. He wasn’t doing anything wrong,” Teixeira said.

His other friends are also seeking justice, but are in the dark as to when it might come.

“People are just wondering what’s going to be happening with these two guys? And you know, are they going to be in trouble? That’s everybody’s just… wondering a lot about that,” said Bobbie Green, a friend of Valverde’s.

ABC10 reached out to Modesto Police Department for more information on the case, but the message was not returned by time of publication.