Modesto mother had rebuilt relationship with son before dying 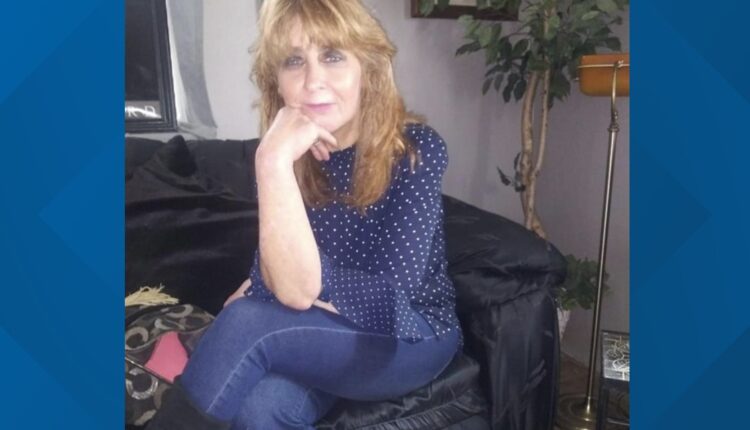 Police are seeking the suspect who kept going after hitting and killing her. Meanwhile, her son is just seeking closure.

Swisher’s mother was killed while coming back from a store early Monday morning. However, authorities say the driver that hit her while she was crossing the road was nowhere to be found when they arrived.

“The dude just didn’t stop, that’s what really blew me away, you know? They didn’t even have the respect to stop for my mom,” Swisher said.

Ila Leann Say was 51 years old and a mother of four. Her husband passed away before Swisher was born. As a single mother, Swisher said she tried the best she could to raise her children, even as she sometimes struggled to make ends meet.

It’s one many old and new memories Swisher has of his mom. He said they separated when he was just 10 years old as his mother struggled with addiction after her husband died. However, that story changed for him and Say in recent years. They started living together with his uncle and were rebuilding their relationship with goals to once again reunite the family.

“She wanted more than anything for all of us kids to be together and to be with her again. Losing us was the hardest thing for my mom. She probably lost all my brothers when they were about 14. They’re in their 20s now and I left her when I was about 10, so it was just hard to get back into that relationship again with her and just have it ripped away,” Swisher said.

Say quit any kind of drug use at the beginning of 2022, Swisher said, and in his own words, she was “making an effort to be a mom again.”

“I was really looking forward to everything, inviting her to my wedding, letting her meet my kids when I have them. It’s just sad; I’ll never get that now,” he said.

Police are still searching for the1997-2004 gray Dodge Dakota pickup truck suspected of taking her life. The truck has damage to its left front headlamp and body, and was driving southbound on South Carpenter Road, south of Waverly drive just after 4 am on Nov 7.

For Swisher, he just wants answers that can lead him to closure.

“I want you to know that I can find it in my heart to forgive you,” he said about the suspected driver. “I really can. I just I hope you see how much this is affecting people, and how much it took away and I hope you can come forward. That’s all I want.”

Swisher started a GoFundMe page to raise funds for his mother’s funeral, along with a headstone and memorial. In the light of the tragedy, he called on people to tell their own family and friends that they are loved.

“You never know when the last time you’re going to see them is. I was lucky to be able to say ‘goodbye’ and ‘I love you’ to my mom before I went to work that day. So just take the time to tell them how you feel,” he said.

Anyone with information on the incident can call CHP Officers Norseen or Mitchell at (209) 545-7440. Those who would like to remain anonymous can contact Crime Stoppers at (866) 60-CRIME.

The Two Top Teams in the Mountain West Conference, Boise State and Fresno State, Travel to Nevada and Both Improve Their Records