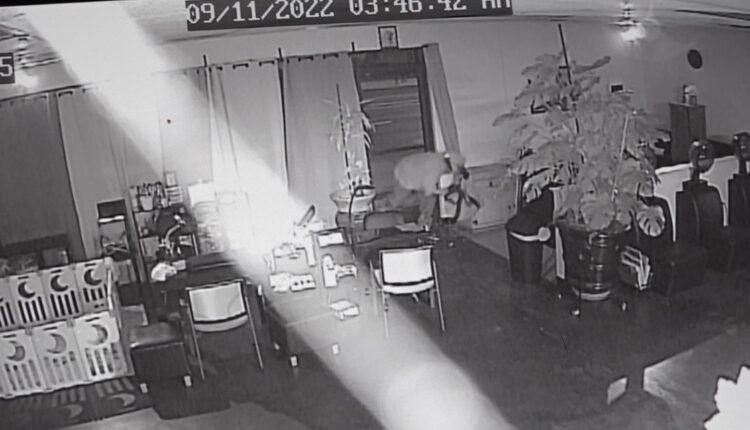 MODESTO, Calif. — Thousands of dollars in beauty supplies were burglarized over the weekend at a Modesto beauty salon.

It happened Sunday morning around 2:30 am at the Paris Salon on Tully road. The salon manager believes the burglary took just minutes.

A wide variety of beauty products belonging to stylist Ericka Claiborne and others were stolen.

“I had just restocked all of my product, and each color tube is worth like $10. So, that was close to $2,000 worth of color that had just been taken from me,” Claiborne said.

The thief got into the salon by breaking through the glass back door. Surveillance video inside the salon captured the thief slithering across the floor. He made his way straight to where the security camera system was located and cut the wires.

Out front, a newer, lifted Chevy pickup truck was also captured on video, but the license plate on it was difficult to make out.

Most of the items stolen from at least four stylists were located not in the front salon stations but in separate, back rooms.

That leads the manager to believe the thieves knew what they were after.

“Definitely knew their way around in here, and for someone just to come in and just take it like its theirs, it’s not fair and it’s not right,” said Daisy, the salon manager, who did not want to give her last name.

Claiborne says she is a single mother of one, working three jobs to make ends meet. Working 15 years as a beautician, the job is her main source of income.

“We work really hard for out money. I think a lot of people don’t realize that beauticians, that’s a career. We went to school for that. We deserve the same amount of respect as everyone else,” Claiborne said.

On Aug. 26, the California Beauty College in Modesto was also broken into, and an arrest was made in that case.

If you know any information about the latest case, call the Modesto Police Department.