Monopoly games based on California cities 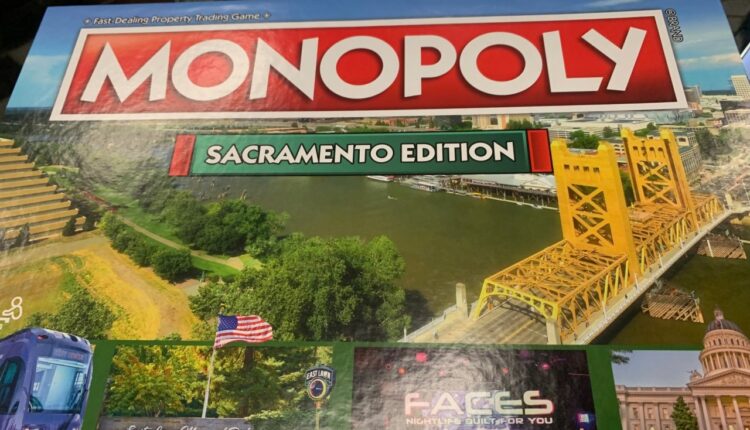 Sacramento became the most recent city depicted in a Monopoly game when it went on sale in November.

The Sacramento monopoly game has several city landmarks that residents would recognize. It’s the latest of several California cities to have an officially licensed game.

The Sacramento game was produced by Top Trumps USA, one of Hasbro’s largest licensing companies, which has the rights to make different types of Monopoly games.

What is the difference between a funnel cloud, landspout, dust devil, and tornado?

When selecting what goes on the game boards for these city-specific games, Top Trumps USA sales executive Jennifer Tripsea said they have suggestions come from the communities, but also conduct a little research on the cities.

“We really turn to the people of each city to what they want to see on the board,” Tripsea told FOX 40 News in a phone interview. “A lot of it comes from suggestions. It also comes from research and learning about these cities and all the local landmarks that are just true and dear to people’s hearts.”

The oldest wineries in California that are still in operation

When players make their way through the property squares, they’ll pass by other landmarks including the Tower Bridge, the Ziggurat, the California State Capitol, the Golden 1 Center — home of the Sacramento Kings — the American and Sacramento rivers, and the city of Sacramento Water Tower.

Other property squares Sacramentans may recognize are the Crocker Art Museum, Land Park, SMUD Museum of Science and Curiosity, the Railroad Museum, the Sacramento skyline, and Old Sacramento, which is labeled as “Old Town.”

“I think we did a really great representation of trying to incorporate a little bit of everything from Sacramento,” Tripsea said.” There’s only so many property squares and there are so many spaces we can put, so we did the best we could to make sure everything was represented.”

The official game board of the Monopoly Sacramento Edition game. Photo: Jeremiah Martinez/FOX40

For those who have come upon the Palm Springs game, the cover shows a pool filled with floaties with a golf course, windmills, and the desert in the background.

The property squares included on the game board are the statues of Sonny Bono, Gene Autry, and Lucille Ball, the Agua Caliente Women sculpture, and the Frey House II.

Players can buy a pool floaty or rent a sun lounger while making their way through the property squares. The NBC Palm Springs station is also placed on a community chest property square. Palm Spring’s windmills, Palm Canyon Drive, and Tahquitz Canyon Trail are also placed as a square on the board.

The Palm Springs edition of the has been on sale since March, according to Tripsea.

For those who’ve spent time in wine country in Napa Valley, there are several landmarks that either residents or visitors might recognize.

On the game board for Napa Valley, the area’s sites on the property squares include wineries such as Sterling Vineyards, Beringer, Frank Family Vineyards, Hall Wines, JaM Cellars, and Napa Cellars.

Along with the “Welcome to Napa Valley” sign, cities within the area appear on the property squares including Calistoga, St. Helena, Yountville, and American Canyon.

When players make their way through the property squares, they may come across a “wine tax,” a hot air balloon ride, or the Silverado Resort and Senza Hotel in Napa. The Napa Valley edition was released in October, Tripsea said. 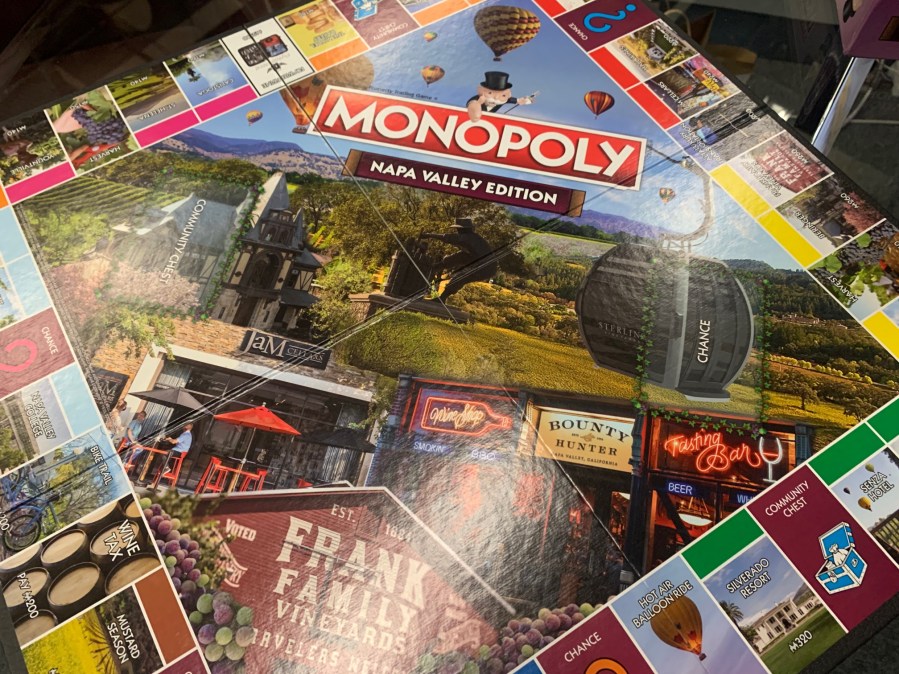 The official game board of the Monopoly Napa Valley Edition game.

Manhattan Beach is one of three beach cities that is within the South Bay region of Los Angeles County. The other two beach cities in the region are Hermosa Beach and Redondo Beach.

The cover features a silhouette of a surfer in front of the beach near the Manhattan Beach pier, mansions near the pier, and the Strand House, a restaurant in the city.

The property squares included in this game include the Manhattan Beach pier, the Roundhouse Aquarium, and the Botanical Garden. Players can also purchase skateboards, rollerblades, surfboards, and bicycles on property squares.

The Manhattan Beach edition of the game is the oldest of the bunch, released in 2021, according to Tripsea.