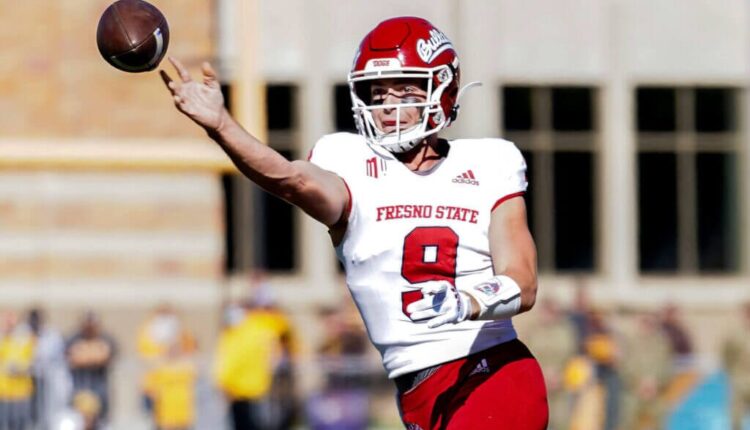 The Mountain West has made an argument for being the deepest Group of 5 conferences in recent years, and it should do so again in 2022.

Can someone emerge from the pack to get into the New Year’s Six conversation? That’s what’s held the league back in recent years. But there is a good combination of quarterbacks and defenses to make this conference race wide-open again. Will Boise State rebound? Can Jake Haener emerge as a Heisman contender? Can San Diego State find an offense? What impact does Jay Norvell leaving Nevada for Colorado State have?

There’s no shortage of interesting storylines in the Mountain West. Here are some picks, predictions and questions.

Biggest storyline: Can Boise State get back?

Last year’s 7-5 record was Boise State’s worst in more than two decades. Through all the coaching changes and player turnover over the years, the Broncos always stayed at the top of their conference. That changed last season. They did go 0-3 in games decided by one possession, perhaps a sign of a potential bounce-back. This year’s team has some skill talent, but not much depth behind it — last year’s team was experienced — and the offensive line has been an issue for years.

If Boise State can’t get back among the Group of 5’s best this year, has the program fallen back to earth? On the other hand, the team won five of its last seven with wins at BYU and Fresno State. Head coach Andy Avalos said the mindset and culture changed midway through last year and continued through the offseason. We’ll find out quickly how true that is.

The Mountain West is 10-11 against the Pac-12 over the last three seasons, and the leagues have looked quite even on the field in terms of depth. One of those wins was Utah State’s LA Bowl win against Oregon State. Now Boise State opens with a trip to Corvallis. Fresno State beat UCLA on the road a year ago. Could the Bulldogs put a scare into Lincoln Riley and USC? San Diego State beat Pac-12 champion Utah last season and now must travel to Salt Lake City for a rematch between two teams looking for big seasons, as the Utes are ranked in the preseason top 10.

Fresno State and Boise State are the conference media picks to win the league. A year ago, a struggling Broncos team went to Fresno and laid down a 40-14 shellacking. San Diego State’s trip to Fresno in late October could be the determining factor in the West division, while the same could be said about the Mountain division with Utah State’s trip to Boise, which comes in the final week of the regular season.

Tyler led the Aggies in rushing with 911 yards last season while sharing time with Elelyon Noa. But Noa transferred out of the program, and Utah State lost its top three receivers and tight end to graduation. At 5-foot-8, 210 pounds, Tyler isn’t likely to become a workhorse back, but he should be an even bigger focus of the offense this year. 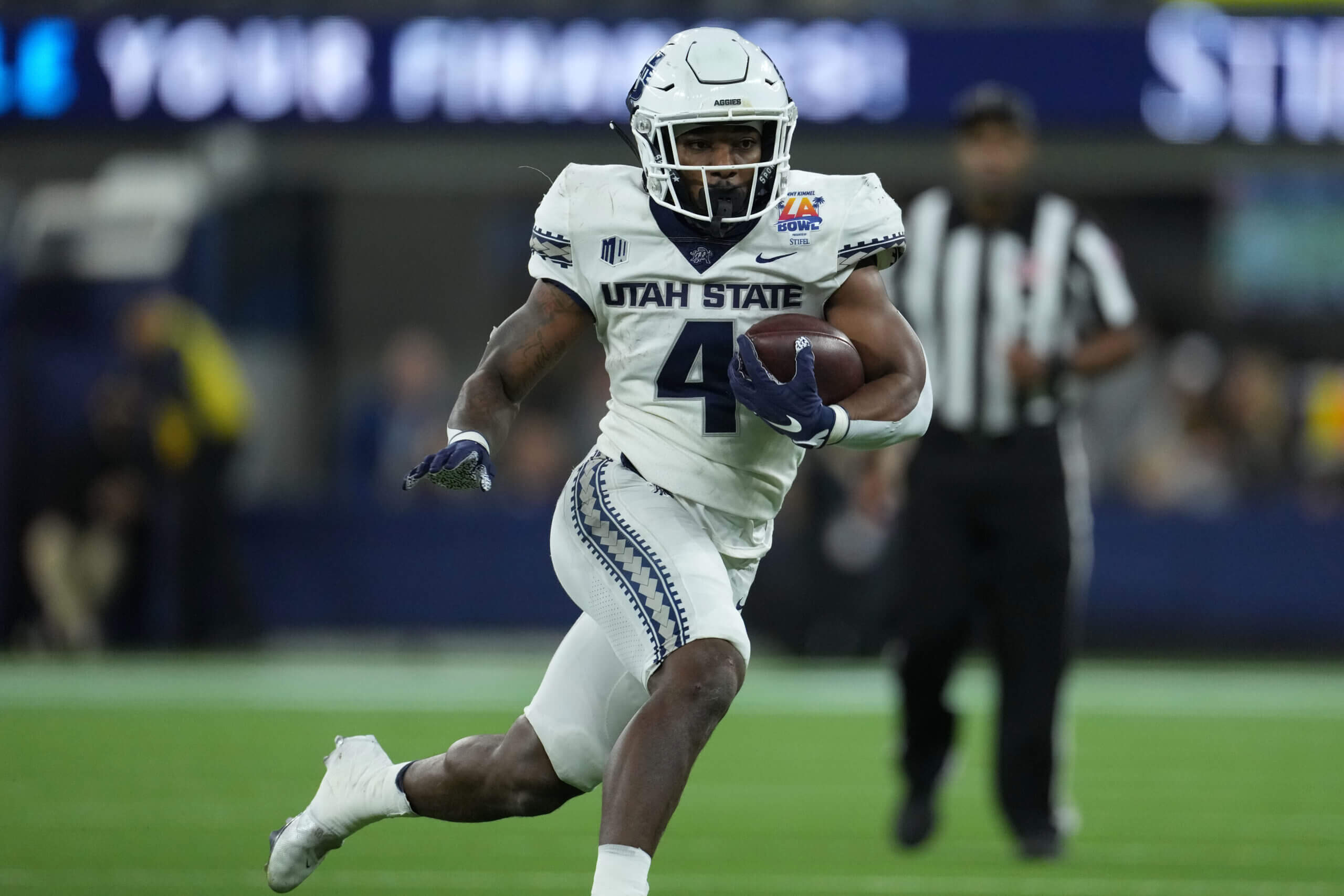 Haener earned second-team all-conference honors last year in passing for 4,096 yards, 33 touchdowns and nine interceptions — and he did that while banged up with injuries. After a brief trip into the transfer portal, he opted to come back to play for returning head coach Jeff Tedford. He also has three of his top four receivers back, including Jalen Cropper (85 catches, 899 yards). Haener is in store for a monster season.

McMorris had four interceptions and 90 tackles last season, including 53 solo tackles, earning first-team all-conference honors. That’s a remarkable number for a safety on a defense as strong as SDSU’s. This could end up as one of the best defensive backfields in the nation, and McMorris is the anchor of that group.

The 2020 Mountain West champs fell back to 5-7 last season, but they made some key upgrades with transfers, including Hawaii starting quarterback Chevan Cordeiro and Nevada receiver Elijah Cooks (the Wolf Pack’s top receiver in 2019). Along with returning defensive lineman Cade Hall (the 2020 Mountain West defensive player of the year), the Spartans could be poised for a big rebound.

With Haener, his top receivers and a veteran offensive line back, this should be one of the most explosive offenses in the country in Tedford’s second stint as head coach. The defense has a couple of holes to fill but was quietly solid at 20th nationally in scoring a year ago. The schedule includes some high-profile matchups early, with Oregon State, USC and Boise State in the first five games.

This shapes up to be another one of those classic SDSU teams, relying on ball control and a stout defense. Two-time transfer quarterback Braxton Burmeister hopes to bring more explosiveness to that position, while Chance Bell will emerge as the No. 1 running back. The defense should again be one of the best in the country, but star punter/kicker Matt Araiza is gone. Winning the Mountain West is an expectation once again as the Aztecs move into their new stadium. 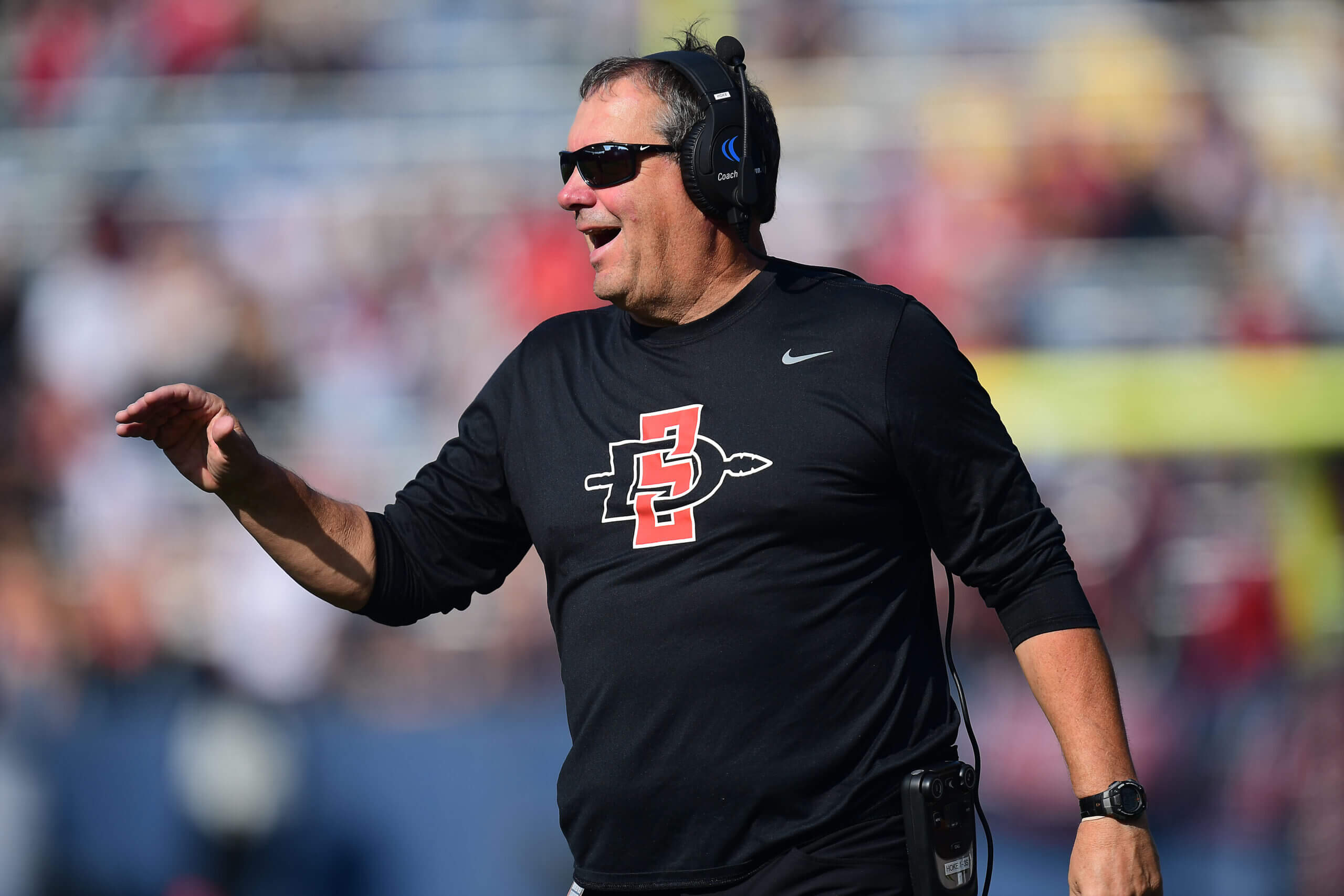 SJSU could be primed for a rebound season with the addition of numerous key transfers, especially on offense. The defense, led by one of the best lines in the conference, could be particularly stout as well.

It’s a full reset for Nevada after the loss of head coach Jay Norvell and numerous star players to graduation, the NFL or transfer. New head coach Ken Wilson takes over a team with just six returning starters, including two on offense. One of those is running back Toa Taua, who should be featured heavily in a new offense that will run the ball more. Defensive lineman Dom Peterson wants to be one of the best defensive players in the league. There are a lot of unknowns, but the schedule is pretty favorable.

The Rainbow Warriors also must hit reset, just under different circumstances. After a sizable group of key players transferred out of the program and complained about the culture under then-head coach Todd Graham, the coach was fired. Legendary UH quarterback Timmy Chang took over and brought a lot of civic pride back to the team. But only five starters return after that exodus, making this a rebuilding job despite reaching consecutive bowl games under Graham.

It took 15 games until Marcus Arroyo got his first win as a head coach, but the Rebels did clearly improve in his second season. They had six one-possession losses in a 2-10 season, and recruiting has gone relatively well. Freshman All-American Kyle Williams and Michigan State transfer Ricky White make for a decent receiving corps for whomever wins the starting QB job. It could be former five-star recruit and Tennessee transfer Harrison Bailey, a high school teammate of White. The defense was the conference’s worst last year and must improve. With a fairly manageable schedule, a clear win-loss improvement is needed.

Coming off the program’s worst season since the 1990s, can Boise State rebound? Improvement in the second half of the season and three one-possession losses could signal a turnaround in coach Andy Avalos’ second season. But quarterback Hank Bachmeier must stay healthy, which has been a challenge, and more skill players must emerge. This is still the most talented team at the conference, and the track record says the Broncos don’t stay down for long.

The Aggies came out of nowhere to win the league last year with an up-tempo and explosive passing attack in coach Blake Anderson’s first season. Quarterback Logan Bonner is back, but he needs a new group of starting receivers. The defense was similarly explosive, racking up negative plays and cutting down on big plays as the season went on. Another influx of transfers should fill some holes, and this team could once again compete for the title.

Quietly one of the most consistent winning programs in college football, the Falcons look primed for another strong year. However, head coach Troy Calhoun said offseason surgery for players like QB Haaziq Daniels and running back Brad Roberts could mean the Falcons aren’t at 100 percent until deep into October. The health of those players is key. The schedule is also a bit difficult, and the Army and Navy games always come down to the wire.

The Rams pulled off the rare feat of poaching a successful coach from within the conference. Norvell built Nevada into a winner and now takes over a Rams program that has more resources. An influx of Nevada transfers helps, but the scheme change and a roster with four freshman quarterbacks could make for growing pains in Year 1. Still, the future looks bright.

The starting quarterback and star running back transferred out, part of a notable exodus of more than a dozen players into the portal. Backup Utah State quarterback Andrew Peasley transferred in and is expected to be the starter. The defense lost NFL Draft pick Chad Muma at linebacker, but it has typically been solid for the Cowboys under Craig Bohl. As is the case most years, the team will go as far as the offense can take it.

Head coach and favorite son Danny Gonzales is 5-14 in two years, and last year’s offense was the worst in the nation. The defense performed well in spurts at times last year and a vast majority of that production returns. But the offense cannot be so anemic, and the schedule doesn’t help, with Boise State, UTEP and a trip to LSU all in the first four weeks.