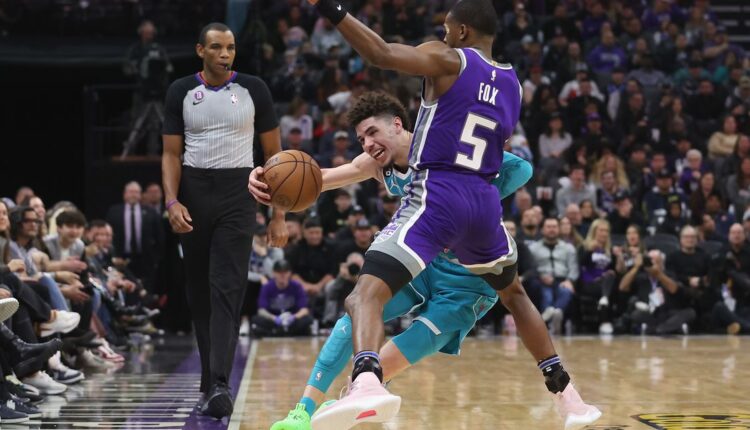 The Sacramento Kings had one of their worst performances of the season in Monday’s 125-119 loss to the Charlotte Hornets. The team’s star players Domantas Sabonis and De’Aaron Fox played well, but no one else on Sacramento’s roster really showed up in any real way.

The Kings are still a bad defensive team

The Hornets are more talented than their 8-23 record, but still, there is a reason they have only reached this point totally a handful of times. The Kings, despite showing some signs they might be alright on that end, still need to be a better defensive team.

On Monday, Charlotte had far too many open lanes and wide-open three-point shots.

The Kings need to work on their free throws

Sacramento made 17-31 (54 percent) of their free throws on Monday night. Had they made just seven more, Sacramento would have been victorious. For whatever reason, the Kings missed a bunch of free throws in clutch circumstances on Monday.

Heading into Monday’s action, Sacramento was ranked 16th in free throw percentage in the NBA. That is not awful, but after Monday’s dreadful performance, that is likely to take a nosedive.

Kevin Huerter, who has been a solid free throw shooter for most of his career, just hasn’t found any consistency with his new team, shooting just 68.3 percent entering Monday’s game. Huerter missed two consecutive clutch free throws that would have put a dent in Charlotte’s lead.

Sacramento has two playable forwards at this point: Harrison Barnes and Keegan Murray. Watching Kelly Oubre score 31 points was a bit of a sign that Sacramento needs more from that spot.

Oubre showed why he could help as a trade candidate but also generally why Sacramento needs some more juice from that overall position.

If you looked at just Fox and Sabnonis’ stat line and nothing else, a Sacramento Kings win should have been in the cards. Unfortunately, aside from Sacramento’s best two players, no one stepped up in a major way on Monday.

Whether its Huerter, Malik Monk, Harrison Barnes, or someone else, Sacramento needs more than two players contributing on the offensive end.

Often, the first game home after a long road trip can be a let down spot like it was for the Kings on Monday. Overall, Monday just wasn’t a strong performance for the Kings and the team will need to regroup quickly and take advantage of an extended stay at home.

Sacramento will next host the Los Angeles Lakers on Wednesday, who will be without superstar Anthony Davis.