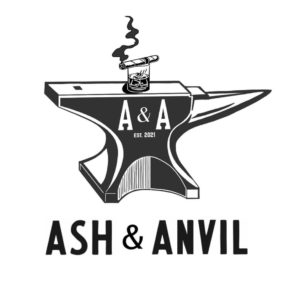 Lynne Hermansen
[email protected]
Derrick Stockton is a native Gardner resident who loves his town.
A former Gardner Edgerton high school teacher he quit to pursue a dream of operating a sophisticated and accessible cigar lounge.
The idea came to him two years ago when sitting in a cigar lounge in Florida, after his bucket list item of watching a live rocket launch at Kennedy Space Center in Florida was pushed back two weeks.
“My Dad and I like occasional cigars,” he said. “We were sitting there and said we should do this. This would be really fun. I was told yeah, maybe someday.”
Stockton said they started looking at properties before finding the former Winters Auto shop behind Groundhouse Coffee on Main Street.
The building was a blacksmith spot and one of the last stops before heading West. It burned down in 1897 and was rebuilt around 1905 to 1907 before becoming Marriott Automotive in the 1940s.
Stockton said the plumbing on the north side of the building was added later on. When they bought the building last year, he said, they discovered the north wall was collapsing.
“Everything was hidden,” he said.
Stockton said they had their work cut out for them with brick covered in paint, a plywood ceiling and a collapsing roof.
“There were serious structure issues,” he said.
Stockton said they hired structural engineers for involvement with the architecture.
“It’s been a real labor of love,” he said.
Stockton said they hope to open the lounge September 1, and they have worked hard to use the original lumber, maintain as much local details and buy and hire local as possible, used whiskey barrels from Holladay Distillery in Weston, Missouri and have made custom leather furniture.
Stockton said he hopes to introduce cigars to a new group of people, and hopes to have a selection of 1100 different types.
“I want to have a really great selection,” he said. “Cigar smokers are not brand loyal. A big selection is a really big benefit.”
Stockton said smoking cigars is different than other types of smoke products, and the Premium Cigar Association is a lobbyist group trying to separate the cigar world from other nicotine use.
“PCA is family owned with boutique brands,” he said. “They’ve recently focused on small, and are the only people catering really unique stuff I’m excited to bring to KC.”
Stockton said the Kansas City area has 20 cigar shops, and Outlaw Cigars has the largest humidor.
“We will be the next biggest one in KC,” he said.
Stockton said his favorite cigar is Atabey.
Atabey was blended by a Spanish man working for the Cuban government, but it isn’t a Cuban cigar, he said. He said the flavor and strength profile is what he loves best.
“Nelson Alfonso was a true artist,” he said. “He takes it one step further and is the top one percent. It’s the only company I know that has the same color leaves.”
Stockton said where tobacco leaves are grown has a big role in the flavor of a cigar.
“When rolling you take the leaves top to bottom,” he said. “Top has more flavor and the bottom leaves burn better. Rolling together is a balance with taste and burning. It is an art form.”
Stockton said his other favorite cigar is Almaforte-Placienza, a cigar from an old tobacco family in Nicaragua for the past 100 years.
“The last decade they have done their own cigar,” he said.
Stockton said the lounge will be bring your own beverage, but they have future plans to open a speakeasy called The Forge with a secret entrance for high end libations that will also allow carry out drinks.
The huge lot between their building and Groundhouse Coffee will be an outdoor patio with turf from the old Olathe East High School football field in Olathe, Kansas with gas fire pits, food trucks and a music venue.
“The goal is to still be able to use it in winter and have seasonal menus,” he said.
Stockton said their original plan was a lot smaller.
“As I got into it I become more passionate about it, the industry, the people I met,” he said.
Stockton said he had to quit teaching when he realized running the lounge would be a full time job. He will be the day to day owner with the help of five other family owners.
Stockton said the name was a challenge but they decided on Ash and Anvil to pay homage to the history of the area and building.
“We wanted to tie in the history of Gardner,” he said.
Stockton said they have made lots of progress since purchasing the building.
“The transformation has been amazing,” he said.
Stockton said he looks forward to introducing cigars to new people.
“It’s the great equalizer,” he said. “It’s a conversation. It’s a facilitator no matter your differences. Cigars give you something in common.”