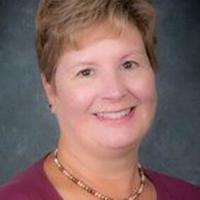 Island Water Park at Showboat Atlantic City, Stockton University and Bader Field are all locations with active construction sites or proposed development. The Press of Atlantic City’s drone was up in the Atlantic City air to capture it all.

An original Steering Committee member, Tolson served in leadership positions with the International Union of Bricklayers and Allied Craftworkers for 30 years. He was vice president of the New Jersey Building & Construction Trades Council and a member of the New Jersey State AFL-CIO Executive Board from 2006 to 2020. Tolson also served on the Casino Reinvestment Development Authority.

Schalek Downes cofounded Salmon Ventures as its CEO in 2003 and has served as president since 2016. She was also vice president and executive coordinator of AUS Pathways from 1997 to 2003. AUS is a worldwide market research and consulting company.

2 hospitalized in head-on collision on Jackson Highway near Sloughhouse