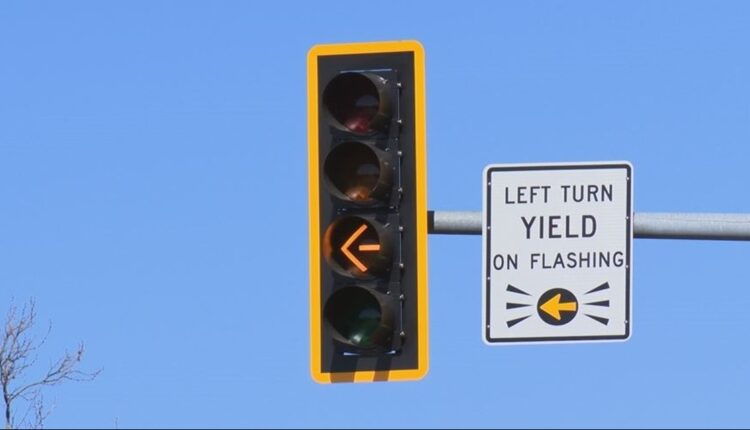 The modern traffic signal technology is intended to decrease left turn accidents at intersections up to 35% and red light collisions up to 15%.

The improvements are intended to decrease left turn accidents at intersections up to 35% by implementing modernized traffic signal technology, according to City Traffic Engineer, Scott Collins.

“The major difference in the project is 29 intersections will get what’s called a flashing yellow arrow,” Collins said. “Safety metrics have shown that typically when people see green, they think they can just go, so the flashing yellow is really supposed to help with the permissive left turning movements.”

According to Collins, about half of the city’s traffic lights will get a two inch yellow reflective backplate tape on it, a safety measure meant to help drivers identify the signal at night or early in the morning.

The new traffic lights are also meant to reduce the amount of red light collisions up to 15% and have proven to do so in regions where it has already been implemented.

“Almost nationally, everybody’s moving in this direction and in order to stay uniform, and to help with the 35% fewer crashes, is one of the reasons we’re doing this,” Collins said. “Studies have shown that it has helped reduce red light running, and I know red light running in our area is pretty big.”

In 2019, the California Office of Traffic Safety ranked Modesto among the worst cities in the region for traffic collisions, prompting a need for change in system operations.

The project is federally funded through the Highway Safety Improvement Program Grant, with just over $700,000 in total costs, according to Collins.

City traffic engineers will begin installing the new traffic lights in Spring 2023 and expect the new signals to be up and fully functioning by the end of the year.

During the construction period traffic engineers warn there may be some delays throughout the city.

Watch more from ABC10: California Clean Air Day | What you can do to combat air pollution