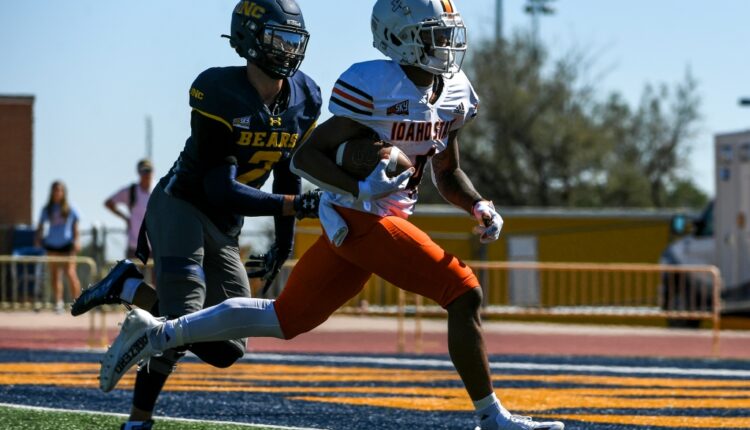 Sophomore defensive back Jordan Knapke described the University of Northern Colorado’s 55-7 loss at Sacramento State as a “bad, bad experience” that it wants to learn from.

It gave up more than 600 yards of offense, despite recording 108 tackles, did not get off the field on third down, missed tackles, missed blocks, dropped passes and simply didn’t execute on plays.

The team allowed the Hornets to earn a 5-0 record for the best start in program history.

“I thought we played a really good football team that was well-coached and was prepared,” said UNC coach Ed McCaffrey. “I feel like we weren’t prepared and played our worst game of the year.”

UNC (2-4, 1-2 Big Sky) has five games left of the regular season and still would like to put itself in a position to earn a spot in the FCS Playoff. That will be a great challenge, but it’s possible.

The first step is acknowledging the issues – which were plenty – in the Sac State game and learning from those.

Knapke felt like a lot of issues were due to a lack of execution, as opposed to preparation, but McCaffrey said preparation – or a lack of it – was a major key. He said the Bears are better than what they showed, but no individual or position group had a particularly good game.

We didn’t play well. They could have taken their team off the field. And I don’t think we would have played well.

“Forget the scoreboard. We didn’t play well,” McCaffrey said. “They could have taken their team off the field, and I don’t think we would have played well.”

On defense, it created one turnover but allowed Sac State to stay in possession for 36:48, nearly an entire quarter longer than its own offense.

It’s frustrating, because the team has typically done well in at least one phase of every game and still remains in search of a game where all three groups have good performances for the majority of the contest.

McCaffrey added that if there was just one thing going wrong, he’d fix it. Or, if it was just one player making all the mistakes, he’d play a substitute. Instead, it was multiple things.

“We’ve done so many things well on both sides of the ball throughout the year. We had the one perfect help against Idaho State, but other than that, there’s always been some phase of our team that’s performing well in every game,” McCaffrey said. “This was the first game where I feel like our best players didn’t play their best game and we didn’t get the contributions we needed from the other players on the team. I’m thinking it’s an anomaly.”

The team has held multiple meetings – as a whole group and as individual positions – about how it moves forward.

Knapke said he thinks the team is staying positive and still believes in its capabilities. The Bears control their own destiny, he said, and is focused on being competitive again in the games that remain.

“I think that’s where you really see the character of the leaders on your team, when you face adversity. This game (against Montana State) will either really bring us together and kind of be a flashpoint in our season. I think that’s what I’m kind of considering this game,” McCaffrey said. “Hey, that’s the worst that we can play. You can only get better from here, but it’s not going to just happen. We have to work hard.”

The Bears will host the Bobcats at 1 pm Saturday. The game will be available on ESPN+ or 1310 KFKA.

Watch: What Experts Advise for Seniors Living Under the Long Shadow of Covid