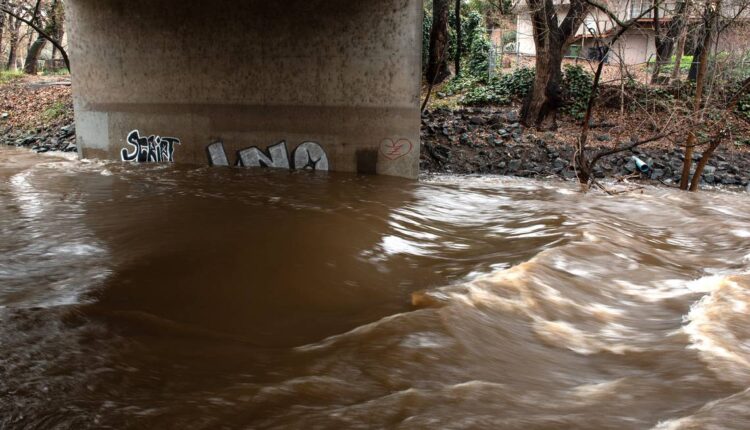 The waterway has no upstream dam, unlike the rivers that have captured much of the runoff during the very wet December.

“Dry Creek is currently flowing within its banks; however, with increased runoff upstream, Dry Creek may continue to rise and peak near flood stage before subsiding in the next 24 hours,” the department said in a Facebook post just before noon.

The latest storm prompted the closure of Morton Boulevard at the creek Saturday. Most of the creek corridor is park and farm land, with numerous homes atop bluffs.

Northern California — including Stanislaus County — was expected to be under a flood watch until 4 am Sunday as the next wave of rain hit the region.

The latest storm brought 1.1 inches as of 4 pm Saturday at the downtown office of the Modesto Irrigation District. This included 0.42 inches between 3 and 4 pm

MID has reported a total of 7.71 inches in the current water year, measured from July 1. An average year brings 12.12 inches.

The Modesto area was expected to get up to 2 inches from Friday evening through Saturday, with the brunt of the precipitation falling mid-morning to mid-afternoon Saturday.

The snowpack in the central Sierra Nevada was 162% of average as of Saturday, the California Department of Water Resources reported. It is much more important than rain to farms and cities in the Central Valley.

Sunday is expected to be sunny with likely rain Monday through Friday. It will be windy through Sunday, with gusts of 22 mph forecast through the weekend.

This has been a warm storm system, with snow levels starting at 8,500 to 9,500 feet before dropping to 6,000 feet by Saturday evening, said Scott Rowe, lead meteorologist with the National Weather Service in Sacramento. He said a typical storm this time of year could have a snow level of about 3,500 feet.

He said Tuolumne County’s foothills and mountains generally can expect 5 inches of rain, with 6 to 8 inches in some locations. The runoff will cause rivers and other waterways to rise, but Rowe said the Tuolumne and San Joaquin rivers are not expected to reach flood stage here.

For instance, the Tuolumne is at 38.5 feet and is expected to rise to 46.2 feet by Sunday evening. Rowe said 55 feet is the flood stage for the river.

But the Turlock Irrigation District advised people in a tweet to use extreme caution when near the Tuolumne because the river is “expected to rise swiftly over its normal winter level” and the “water will be cold, fast-moving and may contain debris.”

The TID monitors the river and decides how much of it to release from Don Pedro Reservoir. The Turlock and Modesto irrigation districts own the reservoir, and the TID operates it.

TID communications division manager Constance Anderson said the rise in the Tuolumne will not be because of releases from Don Pedro. She said the reservoir currently is able to capture the rain and runoff from the storms.

Creeks, streams and other low-lying areas could flood. There also could be flooding in areas with poor drainage, according to the National Weather Service’s flood watch.

City of Modesto crews prepared ahead of the storm. Their work included removing water from backed-up storm drains and cleaning storm-water catch basins.

A City of Modesto crew works to clear backed up storm drains before the next wave of rain in Modesto, Calif., Thursday, Dec. 29, 2022.

Modesto spokeswoman Diana Ruiz-Del Re said in an email that the city’s waste-water storm-drain staff will work this weekend, and all eight of the city’s vacuum trucks will be used to remove water from flooded streets. The city also has additional Utilities and Public Works employees and equipment on standby if conditions worsen, according to her email.

Rowe said Modesto’s average seasonal rainfall total for this time of year is 3.68 inches. But he said 8.15 inches had fallen this time last year, and the city ended its rainy year at 9.08 inches.

“We all learned last year it (the rain) could end in hurry,” Rowe said. “… The whole water year does matter.”

Modesto said residents can call these numbers to report any storm-related problems:

▪ Modesto households can get as many as 20 sandbags at no cost at the city’s Corporation Yard, 501 N. Jefferson St. You need to bring a shovel, and the city provides the bags and the sand. This is available through the weekend. calls 209-342-2244 for more information.

Many of these services can be found on the city’s website, modestogov.com. Stanislaus County residents who live outside of the city can go to stancounty.com or stanemergency.com. 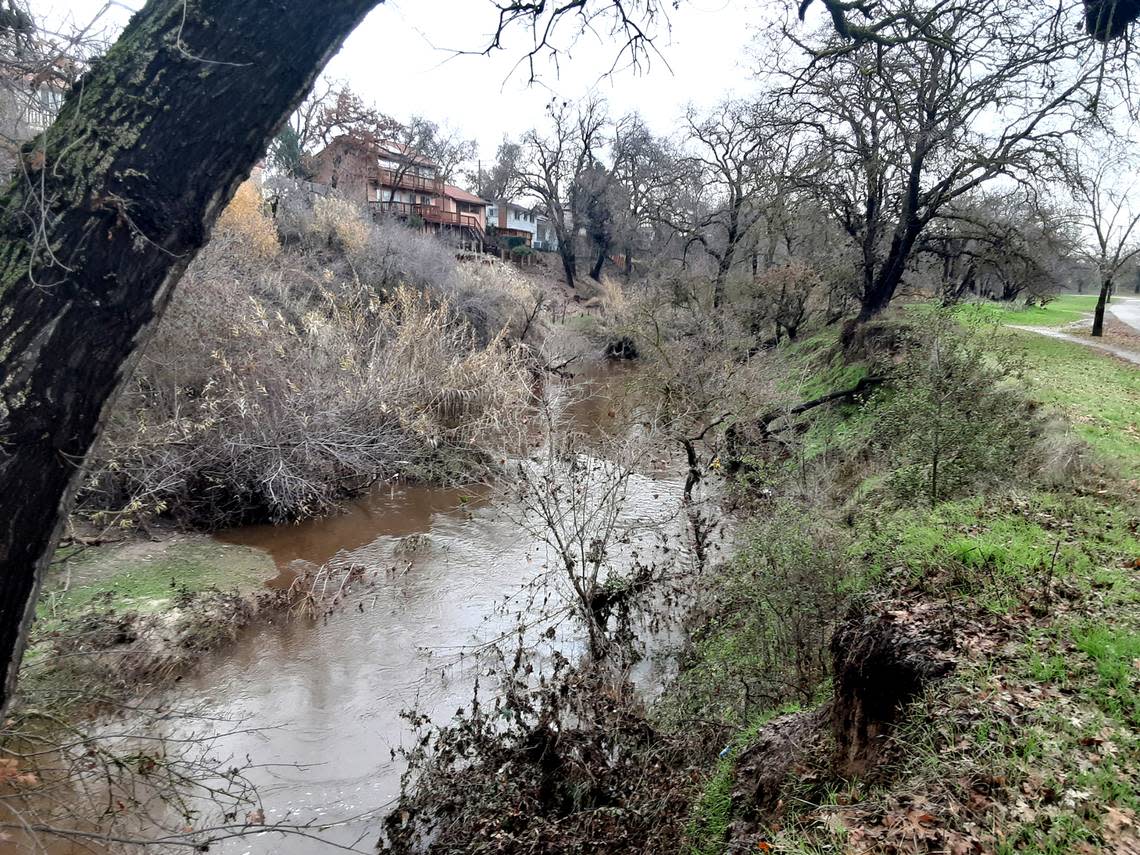 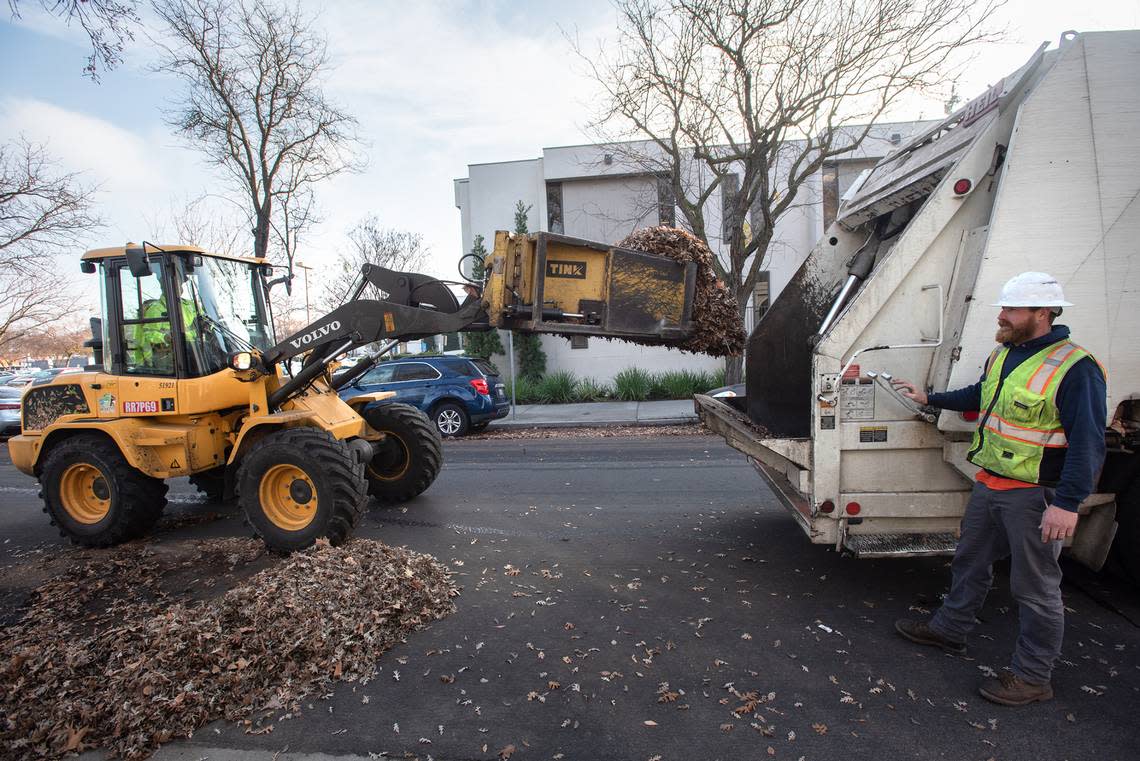 Why you should celebrate New Year’s Eve safely