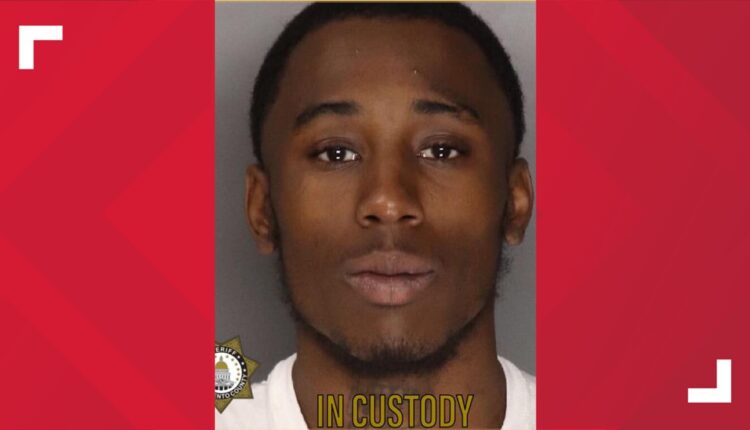 Prosecutors say Patrick Noied fatally shot a man while trying to rob him of his marijuana.

SACRAMENTO, Calif. — A man is now facing up to life in prison after he was convicted of shooting and killing another man during a robbery in May 2021.

According to a news release from the Sacramento County District Attorney’s Office, a jury found Patrick Noied guilty of first-degree murder this week.

The charge was in connection with a shooting that happened on Amber Lane and College Oak Drive on May 5, 2021.

According to prosecutors, the victim — Tayler Wellman-Holochwost — drove to an apartment complex to sell marijuana to an acquaintance. The victim, the acquaintance, and other people smoked marijuana and hung around the car.

Patrick Noied was part of the group, but he left before coming back with a gun at which time he tried to rob Wellman-Holochwost.

Prosecutors say Noied shot him twice in the neck and arm. Wellman-Holochwost drove himself to a store for help before dying from his injuries.

Noied faces a maximum sentence of 50 years to life in prison. His sentencing is set for Oct. 14