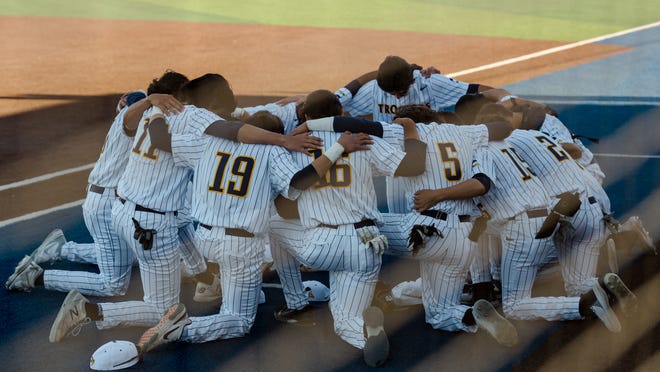 Torres announced his decision on Monday night via his Twitter page. Torres was an All-District 1-6A selection for the Spartans last season as an outfielder, but also pitches for the Spartans. He is the first Division I baseball commit for the school.

This summer, Torres played in several tournaments on the travel ball scene and spent a good portion on the mound. He said Sacramento State recruited him as a pitcher.

“Sacramento State reached out to me, really worked hard on getting me to its school and I was able to develop a strong relationship with the staff there,” Torres said. “It was a good summer of playing at various tournament and I was able to get better. I could also have the opportunity to hit in college as well.”

Torres, who also plays basketball for the Spartans, helped lead Pebble Hills to the school’s first bi-district baseball championship last May with a three-game series win against Odessa Permian. In the deciding game, Torres hit a crucial two-run homer in the later innings to help secure the win.

“I’m proud to be here at Pebble Hills and we accomplished so much last season as a team,” the 6-foot-1 Torres said. “Winning a playoff series for the first time was big for us and we have a lot of guys coming back next spring. I just want to continue to get better and help our team get better. We have a lot of great guys on our team and they’ve helped me get better.”

“Dylan is a great athlete,” Spartans baseball coach Nick Alvarez said. “He’s finally healthy and that’s a key for him. He battled a knee and ankle injury last season but still did some great things for us on defense and at the plate. He only pitched 17 innings last season but had some good moments. Next spring , he’ll be a big part of our pitching staff. He’s only going to get better. Dylan is a great kid and works hard to be the best he can be.”