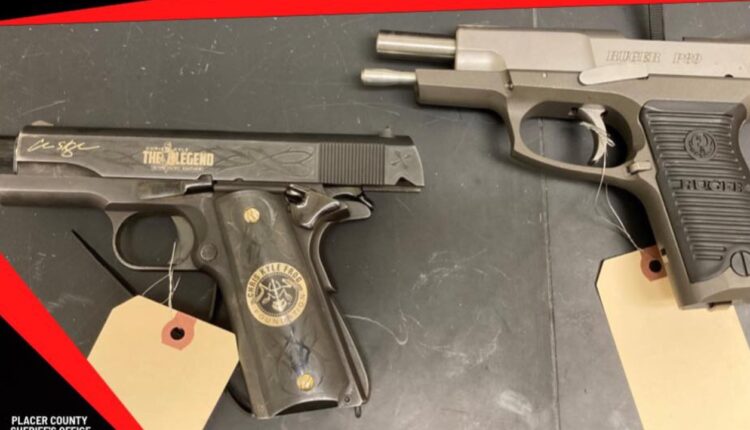 Just before 4:30 pm on June 4, deputies responded to Blue Canyon Road and Putt Road in Alta for reports of a suspicious man.

READ MORE: One Person Injured In Assault At Water Park In Roseville

When deputies arrived, they say, they found a man exiting a camping trailer and went to contact him.

The man, identified as 47-year-old Dustin Carmona, began suspiciously reaching towards his waist, prompting the deputy to search him.

The deputy reportedly found a handgun in Carmona’s belt in addition to a magazine and attached holster. He also allegedly found a glass pipe commonly used for smoking methamphetamine.

Based on these findings, the deputy detained Carmona and went to search inside of his camper. There, the deputy found a 1911 semi-automatic pistol, valued at nearly $4,000, and a bag containing suspected methamphetamine.

The pistol, determined to be stolen, was a limited-edition tribute to US Navy Seal Sniper Chris Kyle. The pistol was loaded with four rounds of .45 caliber ammunition and there was one bullet in the chamber.

‘It was a learning experience’: International students on navigating four years of academics, challenges and growth