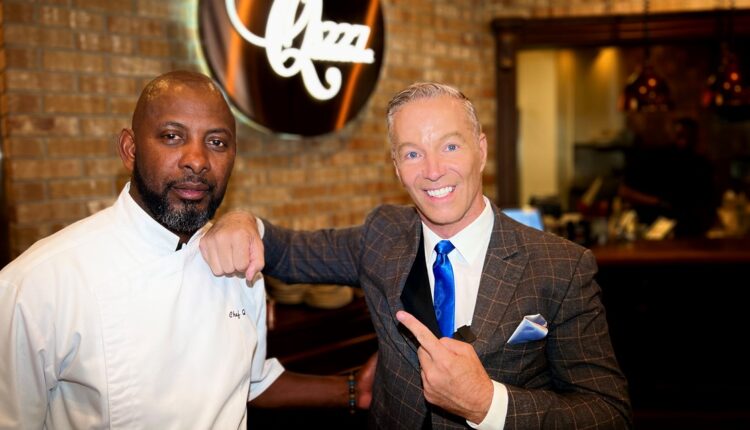 SACRAMENTO, Calif — Since its inception in 2013 by Visit Sacramento, The Tower Bridge Dinner has been putting the region on the global culinary radar map.

Keeping on its promise to strive for diversity and inclusion, the 2022 lineup has been announced and on that list is Chef Q Bennett. He’s been a chef for former United States president Bill Clinton, professional athletes of every sport, award-winning musicians, movie studios (Paramount and Universal) and movie stars — most recently a lavish birthday party for Matt Damon.

Bennett’s restaurant foundation served 40,000 meals to those in need last year alone. His wife Tamara was among the first to get the news of his Tower Bridge headline, she said

“My pride and my joy it is after 19 years of being married and watching this journey of him kicking butt at all these different restaurants and all of these years his vision was always huge and I’m just grateful that I’m a part of the journey,” Tamara Bennett said.

And what a journey it’s been. His flagship culinary mecca is Q1227, named after his birthday. It opened weeks before the pandemic shutdown of 2020 and not only survived, but is thriving. Good luck getting a table on a Friday or Saturday night without a reservation.

He said “the city of Roseville and it’s people have been incredibly supportive. We picked this spot mostly because the structure became available to us and fit our needs, but we couldn’t have picked a better neighborhood for what we offer. Good food served well!”

Something else Chef Q Bennett hadn’t planned: becoming part of Placer County history. Hard to imagine, but true: He is the first Black executive chef-owned restaurant in the county.

“Again, we just found the building, opened up, and then found out that we were on the front line of being first. In fact, as we talk now, we are the only black-owned restaurant in Placer County. May I add with that, that this county and this community has been amazingly supportive. This is a welcoming, loving community and we picked the right time to come out here and show what we can do,” Q Bennett said.

He shared his reaction to being part of this year’s Tower Bridge chef lineup.

“It’s epic. The Sacramento area is where it’s at right now,” Q Bennett said. “We are a food city being recognized not only in California but also the world and the bridge dinner is our Super Bowl. To be a part of it is amazing!”