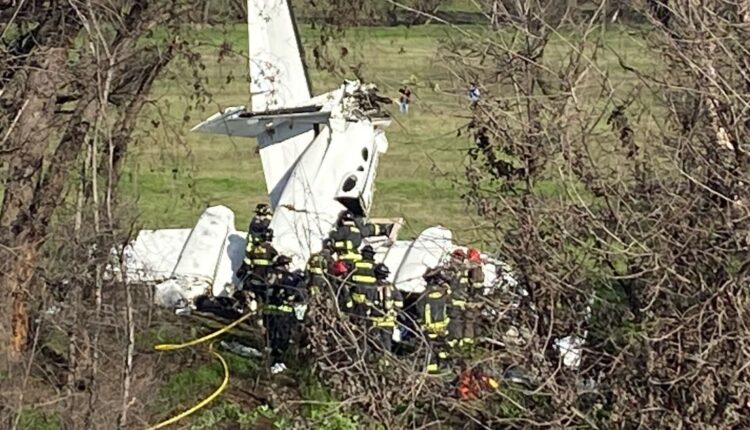 A small plane crashed into a field near the Modesto airport, killing its only occupant, according to the Stanislaus County Sheriff’s Department.

Authorities responded to “a small airplane crash just east of the Mitchell Road bridge,” said Royjindar Singh, a spokesman for the Sheriff’s Department, apparently referring to the bridge over the Toulumne River southeast of the airport.

The only occupant of the plane was pronounced dead at the scene, Singh said. He confirmed that the crash caused no injuries on the ground.

“We have been in contact with the [Federal Aviation Administration] and the [National Transportation Safety Board] and they have investigators on their way,” Singh added.

The presence of emergency vehicles in the area has delayed traffic on nearby Mitchell Road, law enforcement officials said.

Hume joins the Sacramento County Board of Supervisors | news