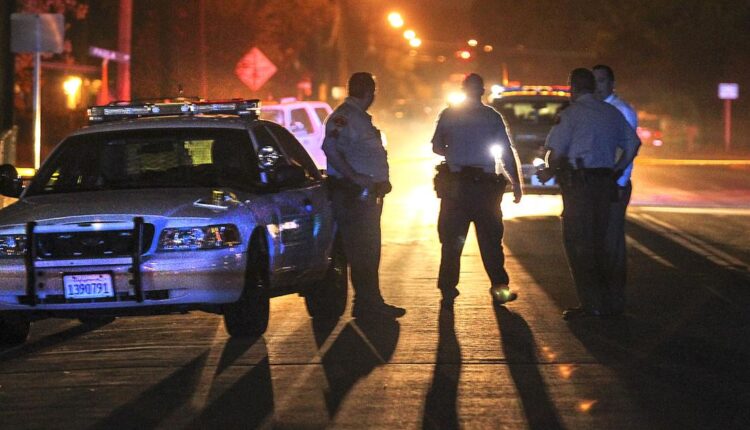 These people are just a few of the victims of local homicides in 2021, Kern County’s deadliest year of homicides since 2012, according to data from the California Attorney General’s Office released last week.

The homicide rate totaled 13.7 per 100,000 people, which is the highest rate of any county in the state. Kern has claimed this spot since 2016, according to data released last week.

Top law enforcement leaders blamed the usual culprits for Kern’s soaring rate: the California Legislature and ballot referendums. But they also point out there’s more to the rate, which makes it difficult to explain why Kern faces high levels of violence.

In response to the report on 2021 data, Kern’s district attorney pointed out the area’s rise was below the state average and that 2022 data indicates homicides are decreasing. City staff mentioned a new program aimed at changing behaviors to reduce gang violence.

In discussing the homicide rate, Kern County Sheriff Donny Youngblood lambasted propositions 47 and 57, while Terry also said some crimes could have been prevented if the Legislature changed the law to keep criminals behind bars.

“That is a fact,” Terry added, while noting people need to be held accountable for their actions.

However both Terry and Youngblood also recognized that state laws alone wouldn’t explain why Kern County saw a higher homicide rate than its counterparts throughout California. Both acknowledged other factors, such as the area’s poverty rate, play into the discussion. In 2020, for example, data from the US Department of Agriculture’s Economic Research Service indicated Kern had the second-highest percentage of the total population living in poverty, at 18.3 percent. Only Del Norte County, at 18.5 percent, had a higher rate in California.

Youngblood added he doesn’t take credit when the homicide rate drops because it’s a fluctuating number and involves many factors.

Kern’s sheriff also blamed the “liberal media” for launching an “all-out attack” on sheriffs by saying their policies were behind Kern’s homicide rate. Liberal policies are what’s to blame for crime and homelessness, he said. Youngblood focused on Proposition 57, passed by voters in 2016, which allowed those convicted of nonviolent offenses to be considered for parole upon serving time for their primary offense, but not any enhancements added to their sentence.

“We took people and put them in custody for violation of health and safety codes for heroin, for meth or fentanyl,” Youngblood said. “We had them in Lerdo (jail) and they were entered into programs where they could get an intervention, where they could get help if they chose to. And, they were. And then along came (Proposition) 57 by the state and said, ‘Release them all.’ But, they want to blame the sheriffs.”

He added, “Quite honestly, I don’t think the liberal left wanted us to have success. I think they set us up for failure.”

The liberal left seeks to replace sheriffs with police chiefs who are controlled by city councils, the sheriff said. He pointed to a Los Angeles County ballot initiative that proposes giving the Board of Supervisors the ability to remove sheriffs from office and said that referendum erodes democracy.

“Why our homicide rate is the highest — I can’t answer, but (the liberal left) can’t either. The progressive movement is dying and they know it is,” Youngblood said. “They want to claim that our world is safer today than it ever was. And … if you find anyone that believes that — other than a left-wing liberal Democrat — please tell them I think they’re nuts.”

The sheriff also said the attorney general’s data is skewed. He wonders if the office counted prison deaths or homicides that may have occurred near a Kern city but not officially within the county.

Kern County District Attorney Cynthia Zimmer also questioned how the data was collected, adding her office charts data more comprehensively and offers a better source. For example, a death initially may be categorized as a criminal homicide, and it is reported as such by the state attorney general, but then an investigation shows reasons why it should not be considered criminal. This change is recorded by the DA’s office, Zimmer wrote.

“According to KCDA’s detailed reporting of homicide crimes, there was actually no increase in the number of criminal homicides from 2020 to 2021,” she added.

But, statistics in the state attorney general’s report are an important metric, and there are some numbers worth addressing, Zimmer wrote. California saw a 9.1 percent increase in the state’s homicide rate from 2020 to 2021, whereas Kern County only increased by 6.8 percent, she said.

“In comparison, Los Angeles County’s homicide rate increased by a stunning 26.8 (percent) in that same time period,” Zimmer added. “Kern’s yearly increase in the homicide rate — by the (attorney general’s) numbers — is the result of (eight) more victims of homicide in 2021 compared to 2020, while Los Angeles’ 26 (percent) increase in homicide rate is the result of 164 more homicide victims in 2021 than they had in 2020. Kern County’s comparatively smaller population makes every homicide that is counted have a large impact on the homicide ‘rate’ as reported by the Attorney General’s Office.”

Terry and Youngblood agreed their staffing deficiencies also may contribute to greater homicides rates. The KCSO doesn’t have a gang unit — deputies dedicated to investigating crimes related to gangs — and their jails sit empty because there is no staff to guard them.

To help combat staffing shortages, the BPD uses ShotSpotter to send officers to areas where shootings are happening, Terry said. ShotSpotter is technology that triangulates gunfire sounds to pinpoint an exact location of the shooting, allowing police officers to arrive quickly. The BPD chief added he is aware of walking a line between over-policing certain communities and ensuring safety by using data-driven methods to inform their approach to public safety.

Terry also added policing should be a holistic approach and must partner with community-based organizations and other agencies — like Kern Behavioral Health and Recovery Services — to guide policy.

Data from the DA’s office and the city of Bakersfield shows shootings and homicides have been decreasing in year-to-date data for 2022.

Terry and Clegg attribute some decrease to a grant acquired by Bakersfield to curb gang violence known as the California Violence Intervention and Prevention Grant Program run by the Board of State and Community Corrections.

Clegg said initially the city got a grant for $1.5 million in 2020 from the state corrections board, and the city matched that amount to have $3 million diverted toward providing at-risk young adults — roughly from 18 to 24 years old — with programs aimed at removing them from experiencing gun violence.

The city was awarded an additional $3.1 million in July for the next three years to expand their efforts.

Initially, outreach workers from the Wendale Davis Foundation, Stay Focused Ministries and the Compassion Christian Center would go to people identified by law enforcement as threatened by gun violence and offer them help. That could include moving them to a safer area or helping them get a driver’s license and other documents to ease their path to getting a job or training.

Every week, city staff and police officers will examine shootings in Bakersfield to identify victims and suspects to either send police or outreach workers to follow up with them. Their methods revolve around a program named CeaseFire, which seeks to mitigate violence through changing dangerous behaviors, according to the National Institute of Justice.

Clegg, the former deputy city manager of Stockton, saw CeaseFire reduce violence in Stockton and revived its use in Bakersfield.

For the next three years, the same community-based organizations will deploy their tactics with additional help from nonprofit Mothers Against Gang Violence. Clegg added the focus will also expand to high schoolers because they noticed those getting involved in gang violence are trending younger.

Wesley Davis, the founder of the Wendale Davis Foundation, said his outreach workers are all from Bakersfield and often come from the same background as their clients. They have served time in prison for violent crimes and are an example to persuade others to step away from their surroundings, he added.

Their clients could be the next robber or shooter in the community, Davis said.

“We can continue to look the other way and say, ‘Hey, you know, that’s those guys over there on the other side of the tracks (so) it doesn’t affect me,'” Davis said. “But the reality is these individuals are going to be a part of this community … so it behooves us to really get in there.”