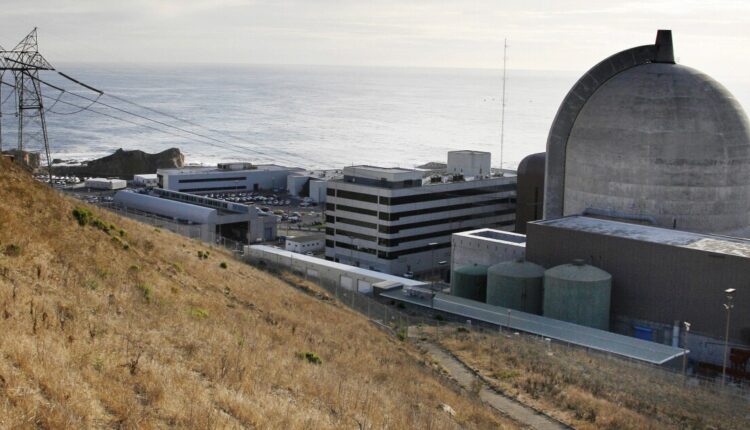 A proposal to extend the life of the Diablo Canyon Power Plant is gaining traction at the state capital.

Friday’s proposal by Governor Newsom would keep Diablo Canyon running for another five to ten years beyond 2025. This marks a sudden shift in a years-long decommissioning process.

“We certainly are not where we thought we would be with renewable energy production and coupling that with storage, it’s put the state’s grid in a rather precarious position,” said State Assemblyman Jordan Cunningham, a Republican representing California’s 35th District.

“If we are to continue operating Diablo Canyon longer to avoid future blackouts and stabilize the state’s energy grid, we must use the time provided by that extension to create a Marshall Plan to move us towards the state’s ambitious goal of zero-carbon electricity by 2045 ,” said Democratic State Senator John Laird.

Under the governor’s proposal, PG&E could receive a loan of up to $1.4 billion dollars. The draft legislation would also require state agencies to act quickly to keep the reactors up and running.

“We are behind where we need to be in bringing our clean resources online to ensure that we can retire these resources,” said Ana Matosantos, cabinet secretary for Governor Newsom.

Proponents want to temporarily extend the life of Diablo Canyon until wind, solar and other renewables can reliably keep the lights on.

“Having the Diablo Canyon nuclear power plant as a bridge to the future is perhaps how we could best look at this situation,” said Supervisor Dawn Ortiz-Legg, who represents District 3 in San Luis Obispo County.

“If we want to address climate change, it’s obvious that we need more clean energy than we have right now,” said Heather Hoff with Mothers for Nuclear. “Nuclear is vital to our future. It’s what gives me hope for our future that we can provide enough power for people to live quality lives with the least possible impact on our planet.”

Mothers for Peace, on the other hand, want the state to stick to the current decommissioning agreement.

“The earthquake hazards posed by Diablo are reason enough to shut it down by 2025 if not sooner,” said Jane Swanson with Mothers for Peace. “The consequences of a release of radiation caused by an earthquake are well-known. An area the size of the state of Pennsylvania would be uninhabitable.”

We reached out to PG&E which provided the following statement:

“We are proud of the role that DCPP (Diablo Canyon Power Plant) plays in our state, and we stand ready to support should there be a change in state policy, to help ensure grid reliability for our customers and all Californians at the lowest possible cost.”

The decommissioning process will go ahead as planned until a potential deal is finalized.

Things to do in the Sacramento region for Aug. 12-14