Proud Boy files to run for a Sacramento-area school board. The GOP isn’t supporting him 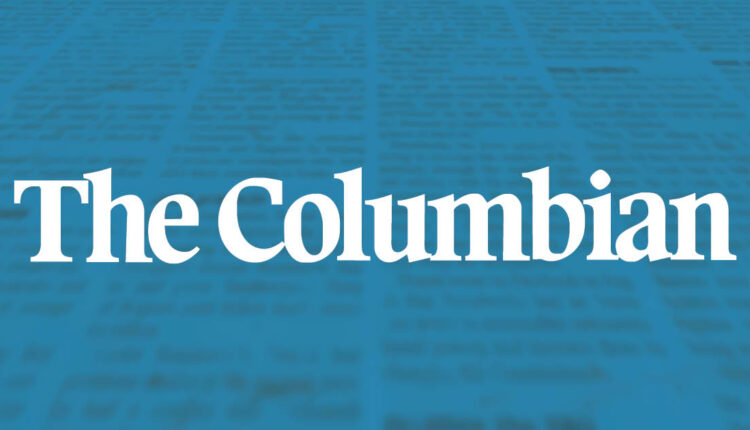 SACRAMENTO, Calif. — A member of the far-right group Proud Boys who recently lost a bid for the California state Assembly has filed papers to run for a seat on a Sacramento-area school board.

He’s entering the race after the COVID-19 pandemic changed the dynamics of local school board meetings, shifting from mostly dull sessions to sometimes passionate hearings in which parents argued about public health rules and other topics. Perrine was among the activists who would show up a school board meetings to contest COVID-19 mandates.

Perrine, a San Juan Unified alumnus who has two elementary schoolchildren in the district, said he is running to bring conservative values ​​to the board and “fight cultural Marxism.” His platform centers on hot-button conservative issues like critical race theory, preventing displays meant to support gay students and serving students who don’t speak English.

“We need for someone to not allow the craziness; it’s disgusting,” he said. “There are a lot of parents who are completely against where we have gone. It doesn’t matter where they are on the (political) spectrum. It’s to go to school, to learn to be good human beings.”

Republicans are already distancing themselves from Perrine, who was expelled from an elected position on the Sacramento County Republican Party’s central committee in 2021 after a report from The Sacramento Bee detailed his connection to Proud Boys. A video posted online from 2018 shows Perrine speaking through a megaphone in Portland, Oregon, suggesting that “all the illegals trying to jump over our border, we should be smashing their heads into the concrete.”

Betsy Mahan, chair of the Sacramento County Republican Party, Kravchuk is on the party’s agenda for endorsement this week.

“For good reason we have not invited Mr. Perrine,” Mahan said. “We had a history with him that has not been a positive one. He has a history of interacting with school boards in an aggressive way that has not been productive. We are just very pleased to have a candidate who can represent teachers and parents who want to put kids first.”

Proud Boys have also been at the center of criminal and congressional investigations into the attack on the US Capitol by rioters supporting former President Donald Trump on Jan. 6, 2021. The Proud Boys former national chairman was indicted in June on charges related to the riot , and dozens of other members of the group face criminal charges.

“They are known for anti-Muslim and misogynistic rhetoric,” according to the center. “Proud Boys have appeared alongside other hate groups at extremist gatherings such as the ‘Unite the Right’ rally in Charlottesville, Virginia.”

Perrine of Orangevale, told The Sacramento Bee that he has moved away from some of the national group’s positions. He said he encourages members in his local chapter to attend volunteer events and city council and school board meetings.

“I’m a Proud Boy,” he said. “In the last two years, I have tried to change the perception of the group I am in.”

Perrine has been seeking elected office for the past two years. He was on the June primary ballot challenging Assemblyman Ken Cooley, a Rancho Cordova Democrat. Perrine in that election gained about 6,200 votes, or about 5.6% of the total.

It was not enough to qualify for the November election. Two other Republican candidates gained more votes than Perrine. Josh Hoover, chief of staff to Republican Assemblyman Kevin Kiley, won the nod to take on Cooley in November.

Perrine believes he has a chance he has a better chance for the school board if his supporters turn out.

“I figured I could utilize the name recognition, and the same people will vote for me in November (for school board),” he said

Proud Boys at school board meetings

That worries some school board members.

“Mr. Perrine has the right to run and the voters in area 5 will elect the candidate best suited to represent their community,” San Juan Unified Trustee Zima Creason said.” However, as a mom and the only SJUSD school board member with a child attending a district school, I don’t want this individual anywhere near my child or district policy.”

McKibbin, who has been on the school board for eight years, said the board has tried to maintain civility at meetings. He said many parents, including Perrine and others affiliated with Proud Boys, attended meetings to express concerns about vaccines and mask mandates during the COVID-19 pandemic.

“Some believed they were there to be intimidating,” McKibbin said. “We treated them like they were concerned citizens, as we do with any citizens.”

Local Health Officials to Feds: Where’s the Rest of Our Monkeypox Vaccine?