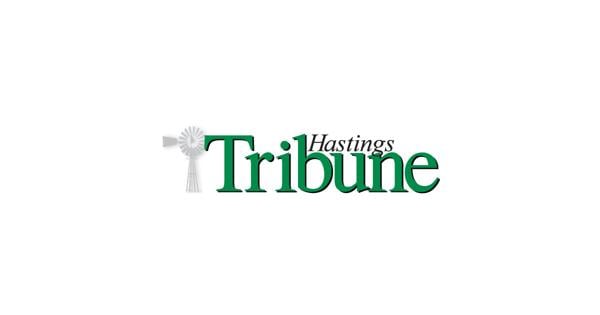 Fresno, Calif. – A Fresno man who draws inspiration from his Mexican American heritage and personal identity has brought to life a world of culinary creations in his new “Chicano Bakes” cookbook.

Since 2016, Castillo, the son of Mexican immigrants, has been blogging about food under the name Chicano Eats – a nod to his bilingual, bicultural background.

“Like most of us who have grown up Mexican American in this country, we always struggled with that identity of not being Mexican enough and not being American enough,” he said about the name choice in an interview with The Bee. “It’s just what felt the most natural.”

His latest, “Chicano Bakes,” released earlier this month, combines an array of 80 baked goods — from pan dulce to tamales to tropical-flavored desserts — with a disco flair. Desserts are displayed against backdrops full of bright colors, glitter, and lights.

The book’s disco feel is about more than aesthetics: Castillo is showing a side of himself he couldn’t fully express until recently. He decided to come out to his dad in the past few years.

A graphic designer by trade who dabbled in food writing in college, Castillo said he initially pursued food blogging as a way to channel his creativity. His work took on even more meaning when he realized “you also don’t really see any resources or any cookbooks that are geared to our (Latino) community.”

This lack of representation in the culinary world is why Castillo decided to produce not one but two cookbooks that center easy-to-follow Mexican American recipes with his own personal twist.

The year 2020 was a “big year” with the outbreak of the global coronavirus pandemic, said Castillo.

But the year was especially significant for him: he released his first cookbook “Chicano Eats,” bought a house, and got married to fellow food blogger, recipe developer, author, and photographer, Billy Green.

“One of the things that I also did that year was I came out to my dad,” he said. Castillo had already confided in his mother and siblings about being gay, but confronting his dad was something he had “been holding out on.”

“After having that conversation, I just felt liberated,” he said. “It was this huge weight off my shoulders.”

The disco genre, he said, was a way to “insert a little bit of queerness” into the cookbook.

“When I think about the disco era, I think about indulgence,” Castillo said. “And for me, that’s what these desserts are: they’re a way for me to indulge and for me to just feel some euphoria for a second or two.”

Plus, music has been an integral part of his baking process.

During the virtual classes he offered while under quarantine, Castillo found himself cooking to disco music. Kylie Minogue’s 2020 “Disco” album is one of his favorites.

“My mom always has music when she’s cleaning or she’s cooking and I’m the same way,” he said.

“A lot of cookbooks I’ve encountered have more of a muted color tone,” she said. With “Chicano Bakes,” it “feels like I’ve got a wonderful pastry disco.”

Long before writing cookbooks, Castillo was exposed to Mexican culinary traditions during childhood visits to his grandparents’ home in the Mexican state of Colima.

Castillo said his grandparents are his “biggest inspiration:” his maternal grandfather mined sea salt on the coast of Colima, ran a taco cart, and raised cows. His grandmother runs a makeshift restaurant in the family backyard, whipping up local favorites such as fried potato tacos, birria, and pozole.

Attending Humboldt State University in northern California—a school hundreds of miles away from his hometown of Santa Ana—was an experience that prompted Castillo to start cooking more seriously because his favorite Mexican comfort foods weren’t locally.

“It was like a 13 hour drive” to visit his parents in Orange County, said Green, Castillo’s then-boyfriend and now husband. It wasn’t possible to “just take a day trip and get food.”

Castillo gradually started documenting recipes and even dabbled in food writing at his college newspaper, El Leñador. After graduating, he worked for a national nonprofit – a time in which he said he “hated” his life and was forced to find enjoyment elsewhere.

Frustrated with his work, Castillo recalls that Green encouraged him to start his Chicano Eats food blog. Back then, Green said, the blogging world was dominated by “mostly white, middle-aged women.”

These days, Castillo is busy promoting his books, running online classes, and collaborating with brands on his Instagram, where he’s amassed 105,000 followers and counting.

He also finds culinary inspiration locally: ever since moving to Fresno in late 2019, Castillo said he enjoys using Fresno State’s sweet corn for his pan de elote recipe. Castillo and Green moved to Fresno in search of an affordable area to buy a home. Plus, he already knew the area: Castillo attended a few semesters at Fresno State and Green is originally from the nearby Madera County community of Coarsegold.

Ultimately, Castillo said, he hopes his work can help amateur home bakers approach Mexican dishes and learn more about his culture along the way.

“For someone that’s not only brown and Chicano, but also queer,” said Green, “I think is a really great sort of perspective to have on food.”

For those interested in guided support in the kitchen, Castillo will host a number of virtual tamale making classes in early December.

More information on how to sign up for the classes, and on how to order his new book, is available at: https://chicanoeats.com.