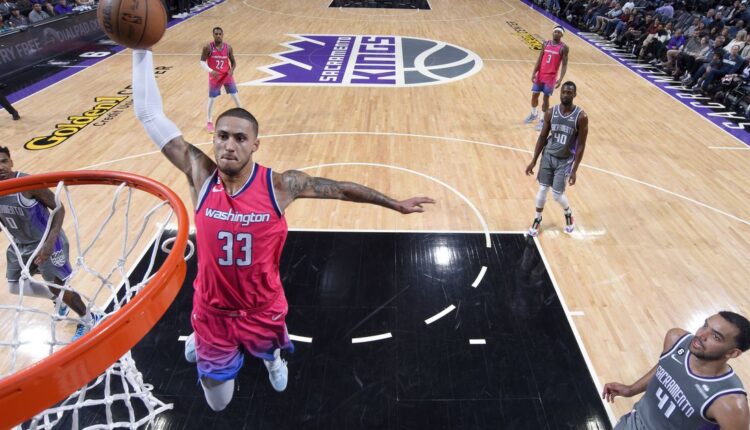 The Washington Wizards went to Sacramento and blasted the Kings, 125-111, in a game that was never that close.

Washington deployed an all big frontcourt that included Kristaps Porzingis, Daniel Gafford and Kyle Kuzma. It worked, at least against the Kings.

As the team bled down the count of remaining possessions late in the game, it got the rare opportunity this season to celebrate a win well before the final buzzer. Washington rolled over the Wizards West, also known as the best lineup the Sacramento Kings can get on the floor.

I’ve simplified them a bit. While the factors are usually presented as percentages, I find the raw numbers more useful when analyzing a single game

Below are a few performance metrics, including the Player Production Average (PPA) Game Score (very similar to the one I used to call Scoreboard Impact Rating). PPA is my overall production metric, which credits players for things they do that help a team win (scoring, rebounding, playmaking, defending) and things them for things that hurt (missed shots, turnovers, bad defense, fouls).

Game Score (GmSC) converts individual production into points on the scoreboard. The scale is the same as points and reflects each player’s total contributions for the game. The lowest possible GmSC is zero.

PPA is a per possession metric designed for larger data sets. In small sample sizes, the numbers can get weird. But some readers prefer it, so I’m including PPA scores as well. Reminder: in PPA, 100 is average, higher is better and replacement level is 45. For a single game, replacement level isn’t much use, and I reiterate the caution about small samples producing weird results.

POSS is the number of possessions each player was on the floor in this game.

ORG = offensive rating, which is points produced per individual possessions x 100. League average last season was 112.0. Points produced is not the same as points scored. It includes the value of assists and offensive rebounds, as well as sharing credit when receiving an assist.