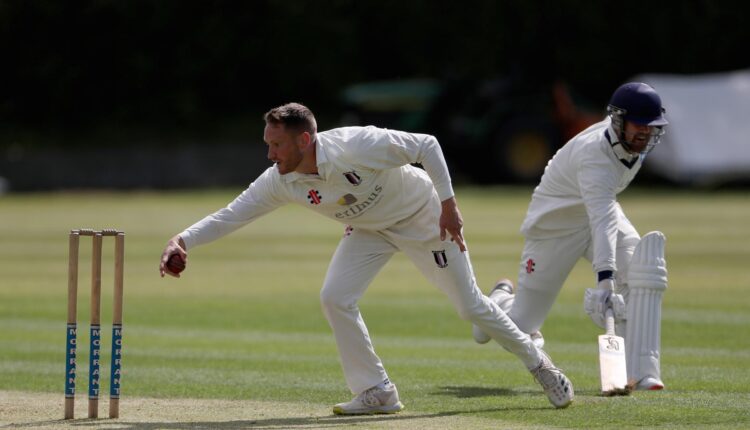 The Dalesmen are only three points behind their opponents in third place, and skipper Rob Carr said: “We have one change to the team for the big one, with the top of the table getting really close now. Sam Winter comes back in for Shaun Charlton and we are looking forward to the game.”

Barney skipper James Quinn said: “This week we travel to local rivals Richmondshire, looking to bounce back from a last over defeat against Stockton last week. We’ve been poor in the field of late, dropping too many chances, so we’ll be looking to improve and put on a positive display in the field.”

Quinn added: “We know how hard it is to come away from their place with a positive result, but we will be looking to take the game to them, so we will have to be at our very best. There are no changes to the team, and everyone’s looking forward to the challenge.”

Leaders Middlesbrough entertain local rivals Thornaby, at Acklam Park and go into the game unchanged and full of confidence.

Boro have a 19-point advantage at the top, having played a game more at this stage of the season.

Stockton, in fourth place, entertain Darlington at Grangefield Road. Veteran player Leigh Beaumont said: “We name an unchanged side after our fantastic last over win at Barnard Castle, at the weekend. Jonathan Rickard remains unavailable due to work commitments.”

The Yorkshire derby is at the SCG, as Stokesley host their near neighbors Great Ayton. The home side have Finlay Morris returning to bolster their batting, while Ayton have skipper Tom Leng back in their side, plus David Grainge replaces Lucas Parry (hols) and Josh Thompson also returns to the team, in place of Ben Johnson.

Stokesley secretary Mark Smith said: “We are at full strength for the derby clash with our near neighbors, following last week’s excellent all round performance with victory over Darlington.

“We look forward to another good performance in front of an anticipated good crowd.”

Billingham Synthonia take on Hartlepool at Chiltons Avenue. Visiting secretary Mike Gough said: “We are still without Harry Crawshaw who is injured and Yash Vagadia who is unavailable, so George Relton makes a welcome return to the team after University.”

Gough added: “We come up against Synners who got an excellent result last week against Marton. Their main batting star is Tayyab Tahir their overseas player from Pakistan. He has just scored a century last week and is very much a danger to our attack.”

The bottom two teams meet at Marske Mill Lane, as Saltburn welcome Marton. Visiting skipper Alex Wardell said: “We know it’s an important game and we hope to get our form right for the match. We welcome back opening batsman Lee Hodgson and Daniel Havelock steps down.”

In Division One, league leaders Bishop Auckland make the long trip to Whitby with a 19-point lead, while Darlington RA in third place, take on Normanby Hall in fourth place at Brinkburn Avenue.