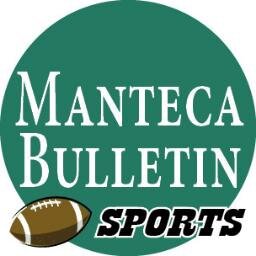 Quarterback Matteo Gonzalez (2-of-2 passing, 60 yards) and running back Gavin Deccena (five rushes, 74 yards) were each in on two touchdowns. Gonzalez connected with Christian Dell’Osso and Josiah Van Vliet for 30-yard TD tosses in the second half. Jovany Roa converted on six two-point conversion kicks.

Leading the defense was Jordan Hernandez with six tackles, three for losses, one sack, a forced fumble and a fumble recovery. Dax Beidleman added seven tackles and a forced fumble. Tom Giulian had an interception.

Beidleman also had a 7-yard touchdown run. Lucas Ruiz and Kaeo Sanchez punched in the Knights’ first two TDs on 43- and 15-yard rushes.

Jax Booth rambled for 99 yards and three touchdowns on seven carries, while pacing the defense with four tackles in the Knights’ one-sided win.

Xavier Powell contributed nine rushes for 70 yards along with a 60-yard kickoff return for a touchdown. Kevin Torres contributed four rushes for 27 yards and a score.

Drew Walker, Elias Murillo and Dane Nemeth each had a sack on defense.

The Knights were unable to recover from a slow start.

Tyce Thompson helped spark the comeback attempt with a 64-yard kickoff return for a touchdown. Tyce Sanchez hooked up with Hudson Postma for a 45-yard catch-and-run TD. Keagan Heuvel chipped in a 30-yard touchdown run.

It was an all-around dominant effort for Ripon, which held the Raiders to zero first downs.

The defense even contributed to the scoring, as Jaxon Quilangtag returned a fumble 27 yards for a touchdown. He also compiled a team-high six tackles, five for losses, and scored on a short-yardage run offensively.

Luke Sanders led the attack with 108 yards and three touchdowns on just eight carries. He had one reception from Mearl Thomposon go for 28 yards. Lucas Durao contributed a 29-yard touchdown run while coming up with five tackles, three of loss, on defense.