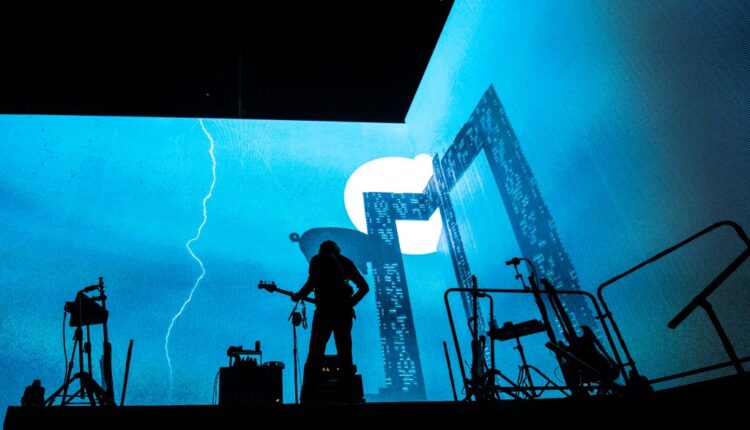 Written by Eddie Jorgensen, with photographs by Sugarwolf

After being stalled by the Covid pandemic and logistics issues for over two years, Roger Waters’ ‘This Is Not A Drill’ show finally made good to patient yet hungry fans by descending on Sacramento’s Golden 1 Center last Tuesday night.

Aided by a high-tech video wall, a few well-placed flying projectile animals (including a sheep and a graffiti covered pig), and a minimalist stage with four joining sections, this in-the-round experience proved just as impressive as it what thought-provoking.

From the strange, purposely sterile opening etude of Pink Floyd’s “Comfortably Numb” – both reworked and shortened without guitar solos – to the full band playing “The Happiest Days Of Our Lives,” Waters’ slow, summer transition to an all-hands- on-deck arena rock show totally delivered.

And while the legend’s song choices from his solo records may have fallen on deaf ears with some of his newer fans, longtime followers couldn’t have been more pleased hearing an excerpt of “The Bar” and a beautifully reworked version of “The Bravery Of Being out of range.”

Highlights included a revved-up version of “Have A Cigar,” with a soaring and searing lead guitar solo courtesy of Dave Kilminster. His work on the six-string during the night was nothing short of mind-blowing. Another crowd favorite, “Wish You Were Here,” served as a tribute to Syd Barrett, the late co-founder of Pink Floyd and Waters’ best friend; and included vintage band visuals few in attendance had seen before.

Also worthy of mention was “Shine On You Crazy Diamond” which started during the song’s instrumental section with great effect, instead of playing the entire piece. 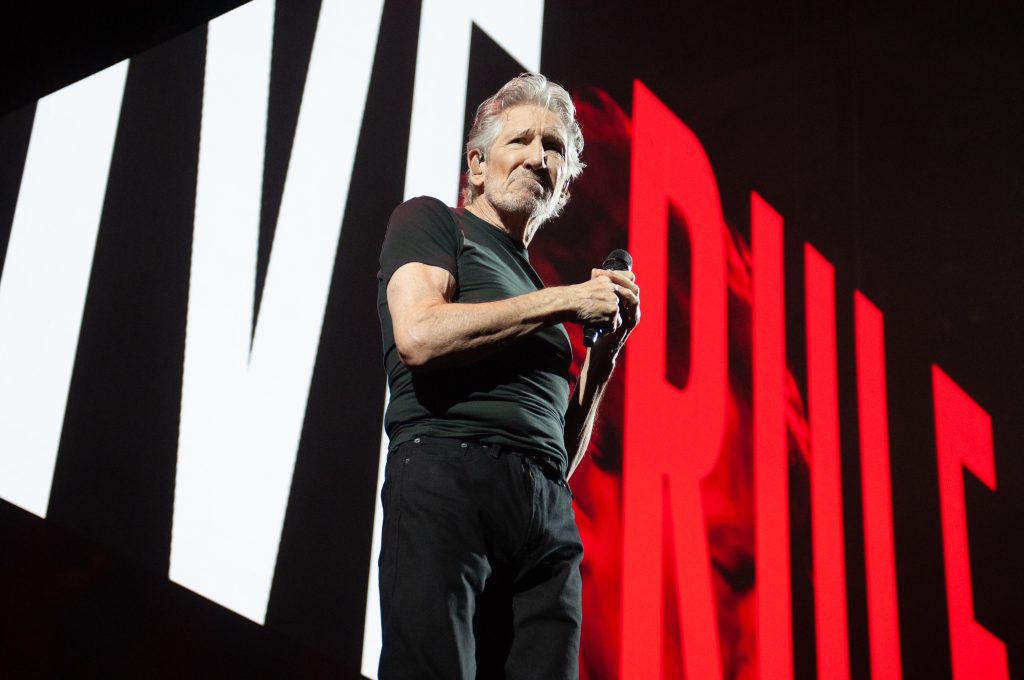 Waters continues to use music to probe dark currents in world history. Photograph by Sugarwolf.

Perhaps the greatest spectacle, though, was the inclusion of the song “Sheep” from the ‘Animals’ record. Inspired by the works of both George Orwell and Aldous Huxley, the song used menacing animal and human images to remind fans that powerful – some would say ‘evil’ – forces continue to rule the current landscape.

The second half of the set was led by even more selections from ‘The Wall’ record, before going headlong into the reflective Waters’ solo numbers, ‘Deja Vu” and “Is This Really What We Want.” Throughout it all, his set showed thoughtful transitioning.

But it was the handful of songs culled from Pink Floyd’s ‘Dark Side Of The Moon’ that really struck a chord with the near-capacity crowd. Of particular note was the inclusion of “Us and Them,” which launched into the gorgeous instrumental “Any Color You Like” without much ado from his able backing performers. The arrangement also highlighted the patient and tasty grooves of drummer Joey Waronker. 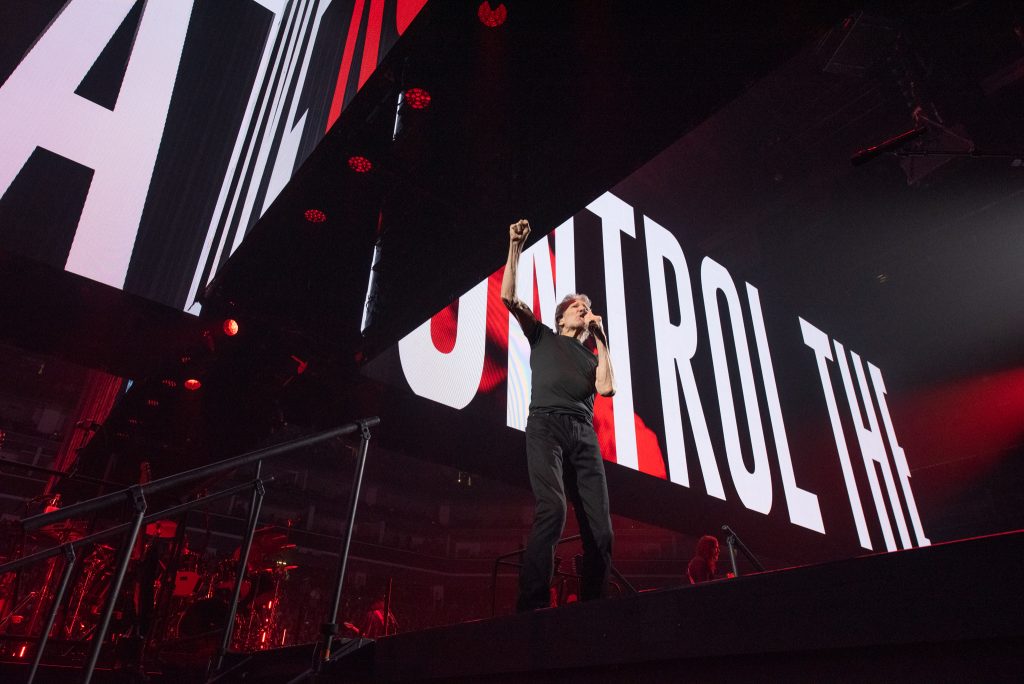 And, while at times, Roger’s visuals load with a heavy-handed vocal delivery seemed overwhelming – especially during a scathing war criminals section – all was not lost on his adoring fans. His many visuals, in effect, served as a makeshift history lesson and highlighted where we’ve failed as a society and to ourselves.

The ‘This Is Not A Drill’ tour was all at once a statement about our mortality (life is anything but a dress rehearsal), a well-oiled arena tour, a sweeping, wide selection of songs from different records – and a call to trying to live your best life.

Give yourself a pat on the back, Roger. You made a rock show as entertaining as it is life affirming and educational. Not an easy task. But if anyone was up to the challenge, I’d put my money on you.

Roger Waters for president in 2024. Just do it.