Route through Stockton to be reduced to one lane 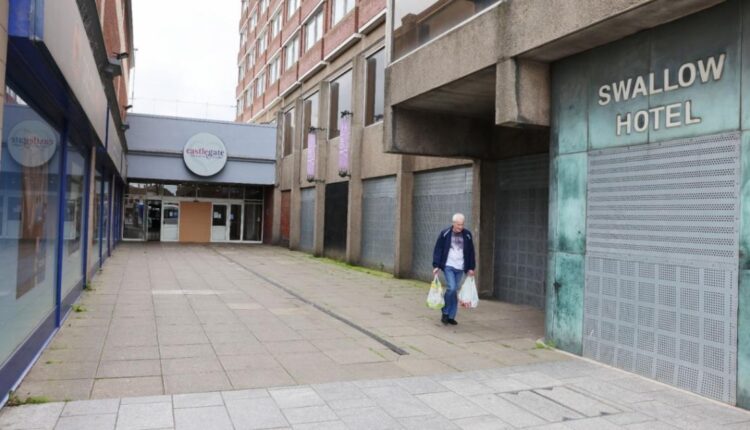 A major route through the heart of a North East town will be reduced to one lane in preparation for more demolition work.

Stockton’s Castlegate shopping center will see its multi-storey car park begin to be knocked down in the coming weeks.

Council officials say this will mean a contraflow will be in place – reducing part of Riverside Road to a single carriageway in both directions from next Tuesday (August 30) until Friday, September 9.

However, access to the rooftop car park via the spiral ramp will be maintained and all businesses in the area will be open as usual. Demolition work will become more visible at the former Swallow hotel and shopping center next month as efforts to create a riverside park gather pace.

Last week, a compulsory purchase order hearing was held for Stockton Council to secure the 1970s shopping center for the vast £40m project. Inspector Dr Roger Catchpole was told the Castlegate had struggled for tenants and had acted as a “physical barrier” between the high street and the river.

Offices, a replacement for the Splash leisure centre, and a council hub with library and NHS facilities are planned at the southern end of the High Street. Consultations have continued on what people think should go in the riverside park area – with immersive sound, an amphitheater, and play areas all being mulled over.

Cllr Nigel Cooke, cabinet member for housing and regeneration, said they were approaching an “important milestone”.

He added: “The public shared our vision for the Castlegate and the Swallow Hotel site and I think the first sign of the buildings coming down will be symbolic to the people of Stockton.

“They have been an eyesore for a number of years.” Barrister Mark Westmoreland-Smith, representing the council, told the CPO hearing the high street and wider town center had declined given impacts on retail.

He added: “In June 2020, the vacancy rate in the Castlegate was 28 per cent – ​​it was around 60 per cent when the order was made, and it’s around 90 per cent now. That reflects the work the council has been doing to ensure a compulsory purchase is used as a last resort.

“Transformational change is required to safeguard the long term vitality of the town centre. The fundamental issue is there is an oversupply of retail floorspace versus demand.

“This, in turn, means that in the absence of significant investment and direct action to reduce this to a sustainable level, the town centre’s vacancy rate will continue to increase and adversely affect perceptions and visitor numbers – creating a cycle of steady decline.”

After the hearing, the Planning Inspectorate said the inspector will issue a decision on the CPO “as soon as possible”.

Darvin Ham and Lakers taking a more serious approach to…