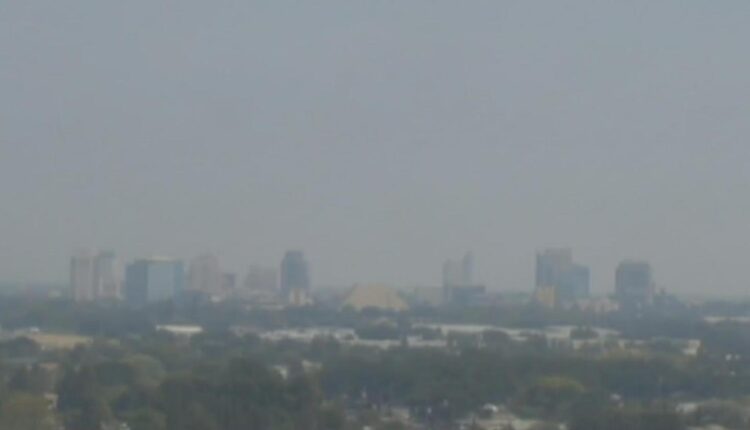 SACRAMENTO (CBS13) — Sacramento is one of three places nationwide that several groups are targeting over its bad air. The problems are outlined in a lawsuit against the Environmental Protection Agency.

“I wake up in the morning and if I come out without a mask, I have problems breathing, eyes start watering, nose starts itching,” Lawrence Durham said.

Durham said allergies mixed with smog in Sacramento are nothing to sneeze at.

“It looks like the city is on fire but it’s actually fog, so coming down the hill, you can actually see it,” he said. “Just like you are in LA, it’s the same problem.”

Environmental and public health groups say the EPA is not doing enough about it and they filed a lawsuit to “make them do their job.” They say Sacramento, Los Angeles and New Hampshire do not have a smog cleanup plan in place for smog standards that the EPA established in 2008.

“Smog is often described as a sunburn on your lungs,” said Robert Ukeiley with the Center For Biological Diversity.

Ukeiley said information provided by the EPA shows human exposure to ground-level ozone or smog can cause respiratory problems like increased asthma attacks and that over time, it can kill people and harm the environment. He said common sense measures could be put in place like substituting certain toxic chemicals for those that produce less smog.

“There are opportunities to encourage mass transit as well as walking and biking or using electric vehicles rather than fossil fuel vehicles,” he said.

Ukeiley says litigation is the only way to have clean, safe air and force the EPA to do its job and put a plan in place to protect people and the planet. Durham said anything helps.

“They could do more,” he said. “I feel that’s low priority.”

“EPA does not comment on ongoing litigation, but we acknowledge the impacts of air pollution in California and are committed to working with local air districts and the state to reduce smog.”

Kansas woman who became ISIS leader to be sentenced