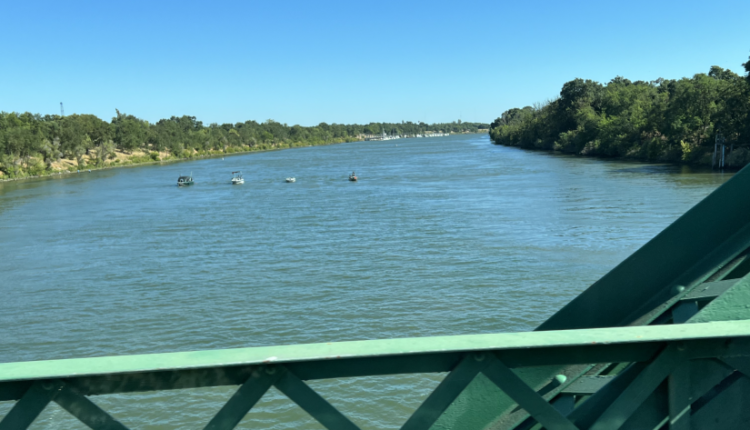 The Sacramento County Board of Supervisors just voted to appoint 13 members to the newly created Climate Emergency Mobilization Task Force, following their declaration of a climate emergency.

On Dec 16, 2020 while California residents were under Covid lockdown orders, “the Sacramento Board of Supervisors (BOS) adopted a resolution declaring a climate emergency and directing the formation of the Task Force,” the Board announced.

What does the resolution say?

“On March 23, 2022, the BOS approved a resolution (bad link) that set the Task Force compensation and composition, endorsed the guiding principles and scope of work, and directed the Sustainability Manager to begin a public application process to fill member seats. ”

This is all so interesting because a recent Harvard Caps Harris poll found that a majority of those polled don’t find climate change quite the emergency that politicians do. Numerous polls around the country reveal that climate change just isn’t a priority for nearly anyone.

“What would you say are the most important issues facing the country today?” the poll asks.

Climate change comes in at only 14%. The most important issues to voters are Inflation 34%, Economy & Jobs 29%, Guns 21%, Immigration 21%, and Coronavirus even polled below climate change.

“What is your greatest / second greatest concern?” the poll asks.

The Sacramento County Board of Supervisors should have read the poll before making this climate task force announcement. Here’s what they say:

“The need for immediate climate action is exemplified in the risks already impacting the region’s public health and safety, life-sustaining ecosystems and the region’s economy; other

“Due to Sacramento County’s climate, the confluence of the Sacramento River and the American River, a long growing season, and soil types, agriculture has traditionally been, and continues to be, an important economic driver for Sacramento County, now threatened by prolonged drought , flooding, severe storms, wildfires, and growing salinization of the Sacramento-San Joaquine [sic] Delta Waterways.”

Is California having a dry year? yes That is normal for us. Should we have water shortages? No. Our reservoirs were designed to provide a steady five year water supply for all users (urban 10%/agriculture 40%/environmental 50%), and were filled to the top in June 2019.

A recent hyperbolic op ed in the Sacramento Bee from TheHill.com contributors claims:

“Climate change is widely acknowledged as the existential crisis of our time, a ‘code red for humanity,’ in the words of United Nations Secretary-General Antonio Guterres. With the Senate’s passage of the Inflation Reduction Act on Sunday – in the middle of a summer that has brought record heat and innumerable weather-related disasters – it looks like the federal government will finally take some long overdue action on climate change.”

Texas is having a heat wave. Notably, the hot spot closest to California is Carson City, Nevada with the “record heat” temperature of 79 degrees, up from a usual 76 degrees.

Here is another US map of the Observed Maximum Temperature for Aug 9 2022, “record heat” temperatures from UNC: 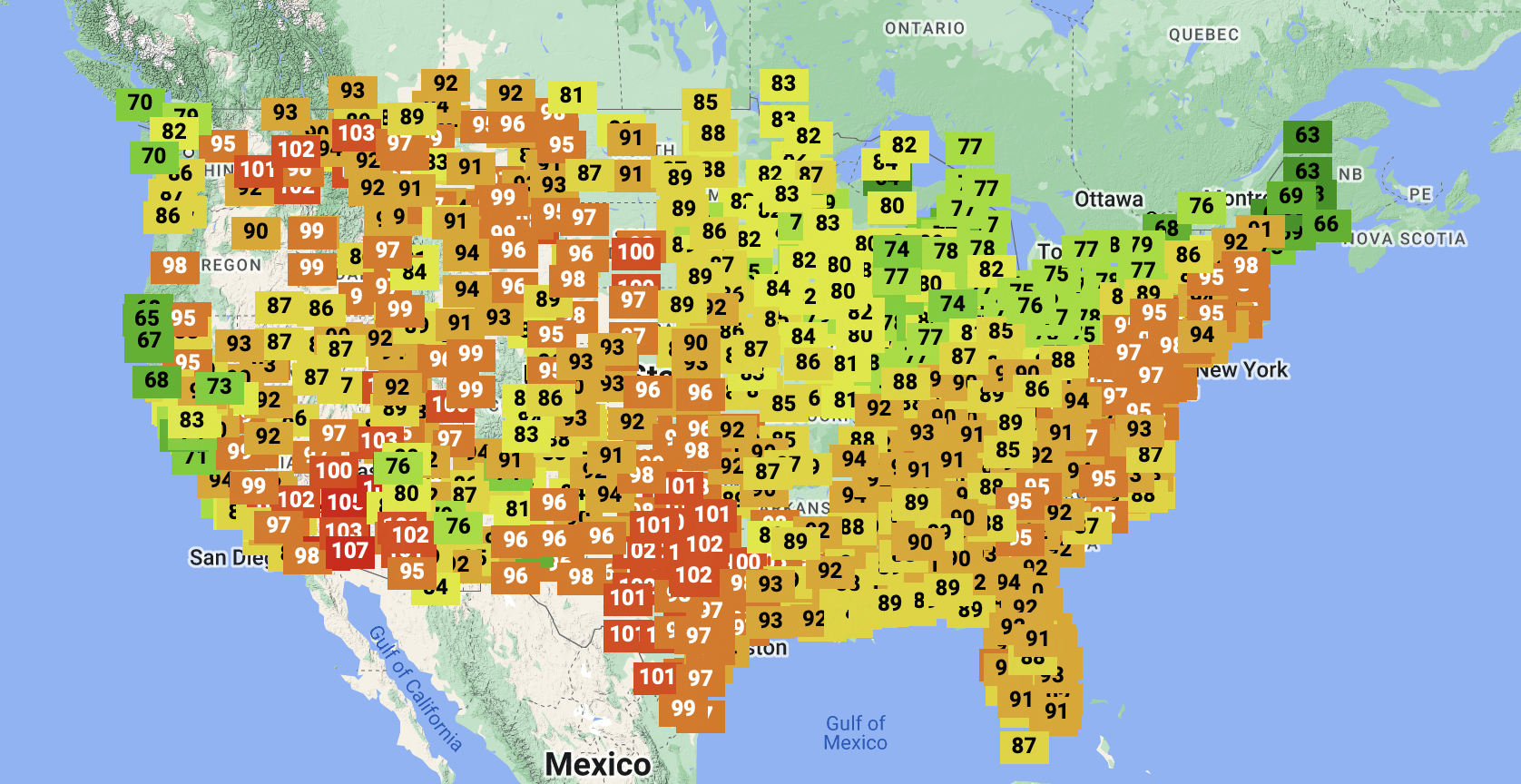 As for the “innumerable weather-related disasters,” the National Centers for Environmental Information (NOAA) doesn’t list a single “weather and climate disaster” for California.

Back to Sacramento County’s climate change plan, what is their goal?

“The County’s goal is to eliminate greenhouse gas emissions to the greatest extent possible, to remove or sequester greenhouse gases to mitigate any remnant GHG emissions, and ultimately to sequester more GHG than emitted, thereby decreasing atmospheric GHG concentrations to ultimately achieve carbon neutrality by 2030 .”

“The Office of Emergency Services’ Heat and Climate Emergency Response Plan for the Emergency Operations Center, the Department of Water Resources’ current update of the Local Hazard Mitigation Plan, implementation of the adopted Environmental Justice Element, and preparation of the Communitywide Climate Action Plan and Vulnerability Assessment are linked in addressing climate change and adaptation in Sacramento County.”

This is being driven by the Governor and State agencies.

“County staff shall evaluate the resources necessary to achieve carbon neutrality by 2030, and the emergency actions required to eliminate emissions by 2030. Where existing funding or resources do not support the level of action required, County staff shall identify gaps and provide recommendations to the County Executive and Board of Supervisors.”

This is a scheme to grow government. All of the maps above show California is not suffering a climate emergency, or record high temperatures, record heat or weather and climate disasters.

According to the Harvard Caps Harris poll, here is the list of most important issues facing the country: 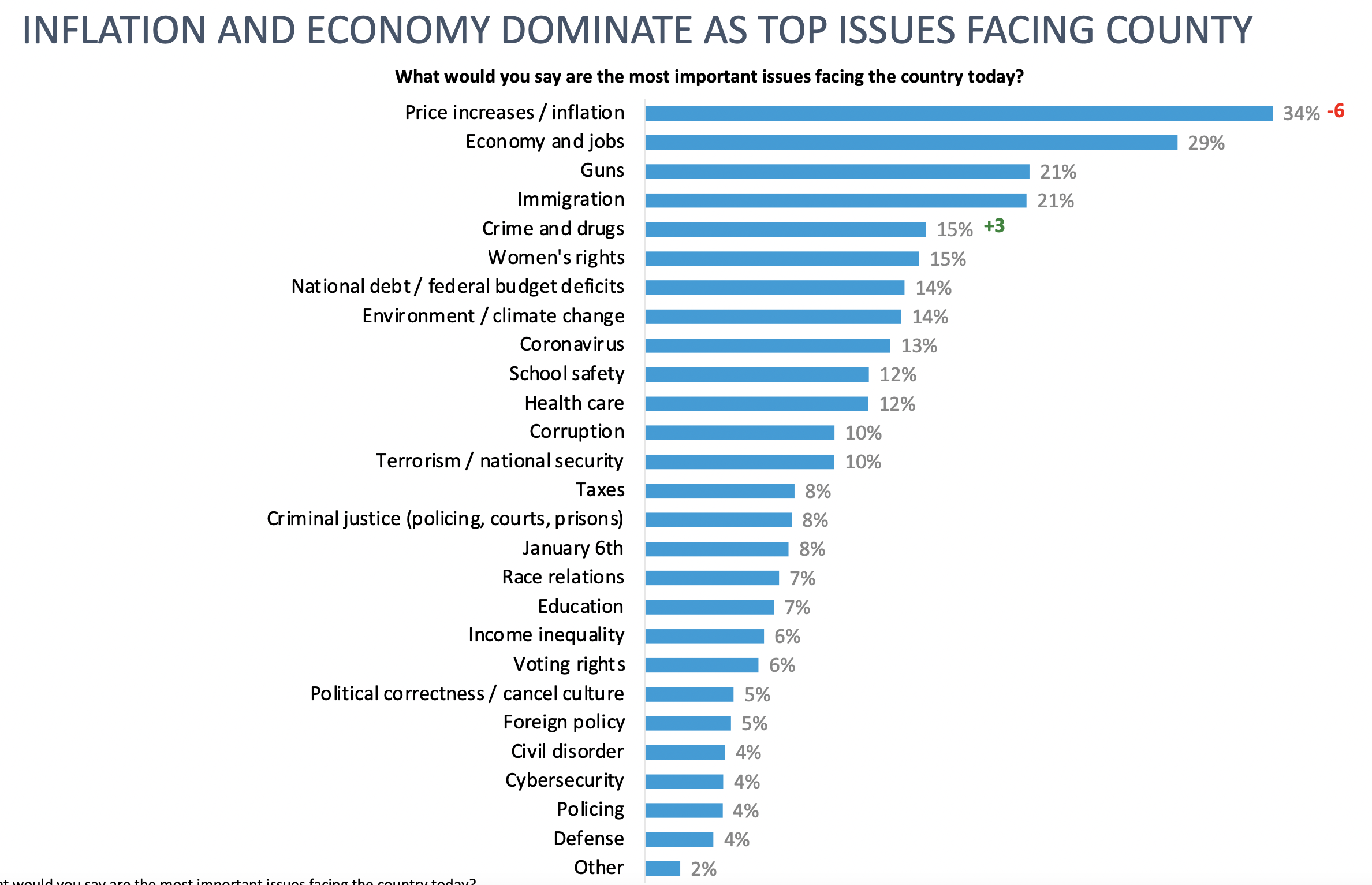