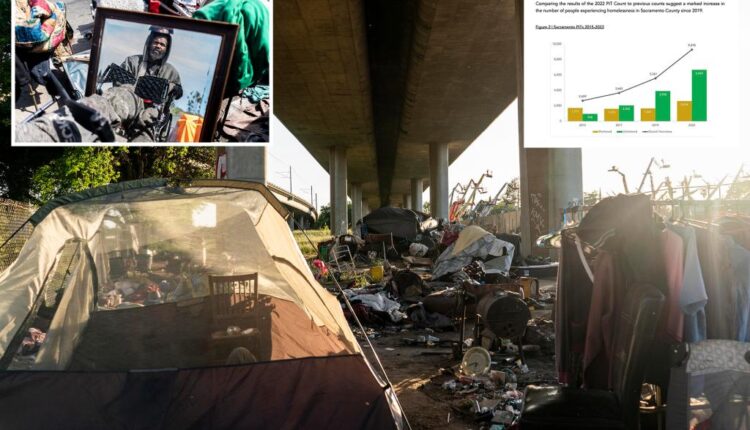 California’s capital, Sacramento, has seen homelessness soar by nearly 70% in recent years to its highest-ever levels — with five times as many tent cities amid an equally alarming rise in crime.

An official count from February found 9,278 people homeless throughout Sacramento county — a 67% increase over the 5,570 during the previous count in 2019. The vast majority of them, more than 5,000, were sleeping rough within the capital city itself, the Point-in – Time Count noted.

It has led to “a marked increase in the number and size of encampments,” the official tally concedes of squalid tent cities that are now hard to miss in the heart of the state’s capital.

“The majority” of those found homeless — 72% — “continues to be sleeping outdoors in tents, vehicles, or other locations not suitable for human habitation,” the report from the Point-in-Time Count said. 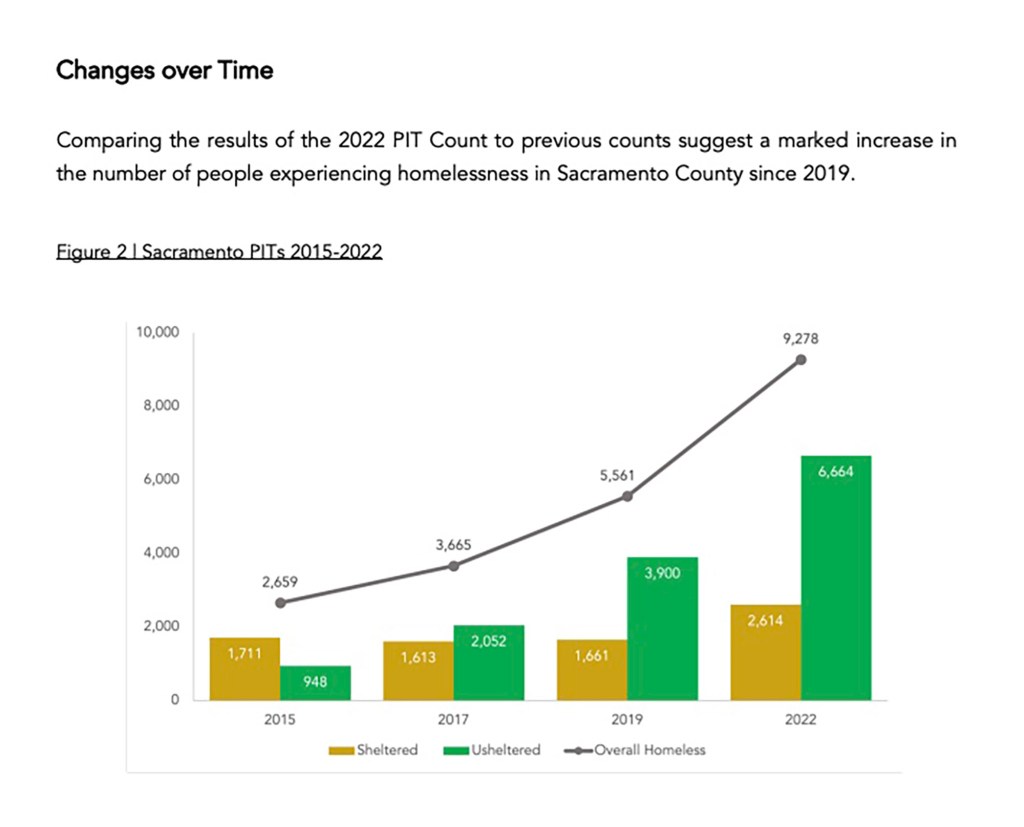 “Volunteers counted over 1,600 tents and 1,100 vehicles being used for shelter — totals that were four to five times larger than in 2019,” the state count noted.

The crisis is so bad that the city of Sacramento now has even more homeless than San Francisco — even though the latter has a population of around 350,000 more people, the San Fran Chronicle noted.

Still, “the substantial increase in homelessness in Sacramento likely parallels a statewide trend of increasing reports of homelessness in almost every community in California since 2015,” the report noted.

“One in four communities in California reported a doubling of unsheltered homelessness in four years since 2015,” the state report noted.

Homeless encampments of tents hidden underneath Route I-80 along Roseville Road in Sacramento.The Washington Post via Getty Im 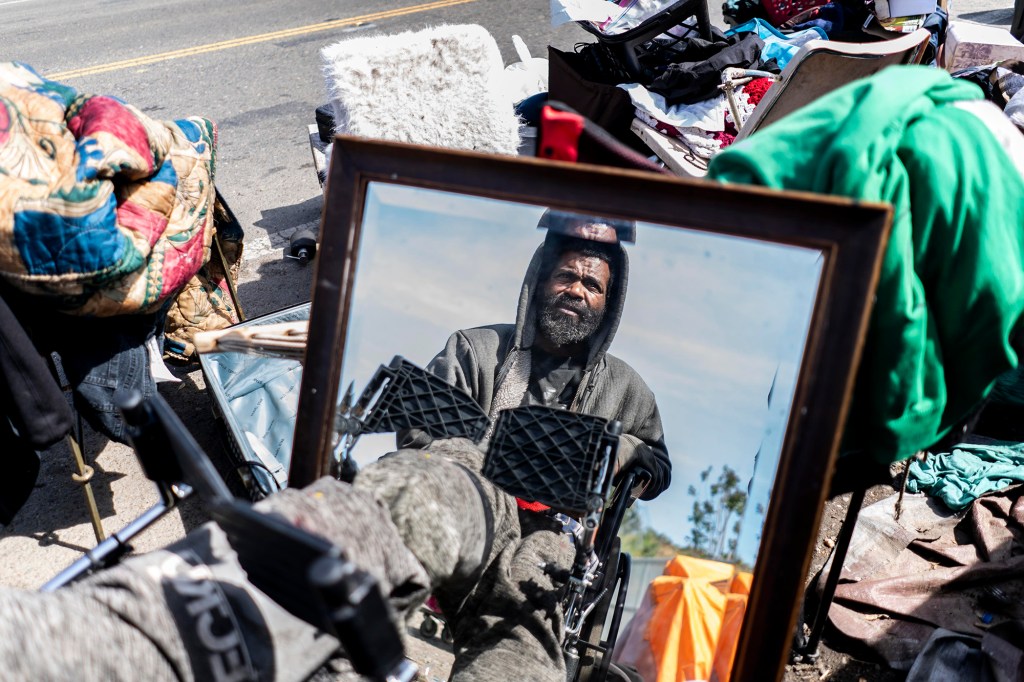 The majority are living in “locations not suitable for human habitation,” the Point-in-Time Count report said.The Washington Post via Getty Im

The count — which is required to get federal funding for homeless services — blamed a “housing affordability crisis” with rising rents across the same period.

However, it also noted that very few of those found on the streets said they had been made homeless during the pandemic, which saw a jump in rents.

Homelessness is not the only crisis facing the California capital, however — with crime also soaring to record highs. 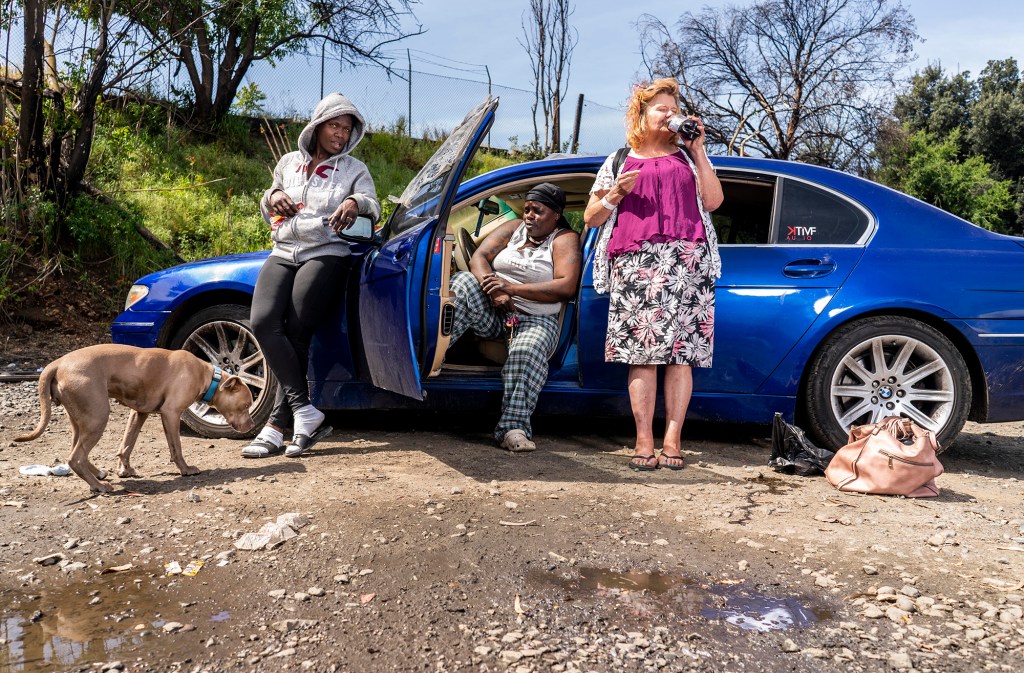 As well as tents, cars have also become the only “home” for many as Sacramento’s crisis hits record highs, the official report noted.The Washington Post via Getty Im

Police spokesman Chad Lewis called the year “challenging for our community and our department as saw a significant increase in homicides, shootings, assaults and other crimes.”

Official data shows that the start of this year was even more alarming — with dramatic increases almost across the board, including a more than 42% increase in robberies and nearly 32% in aggravated assaults. 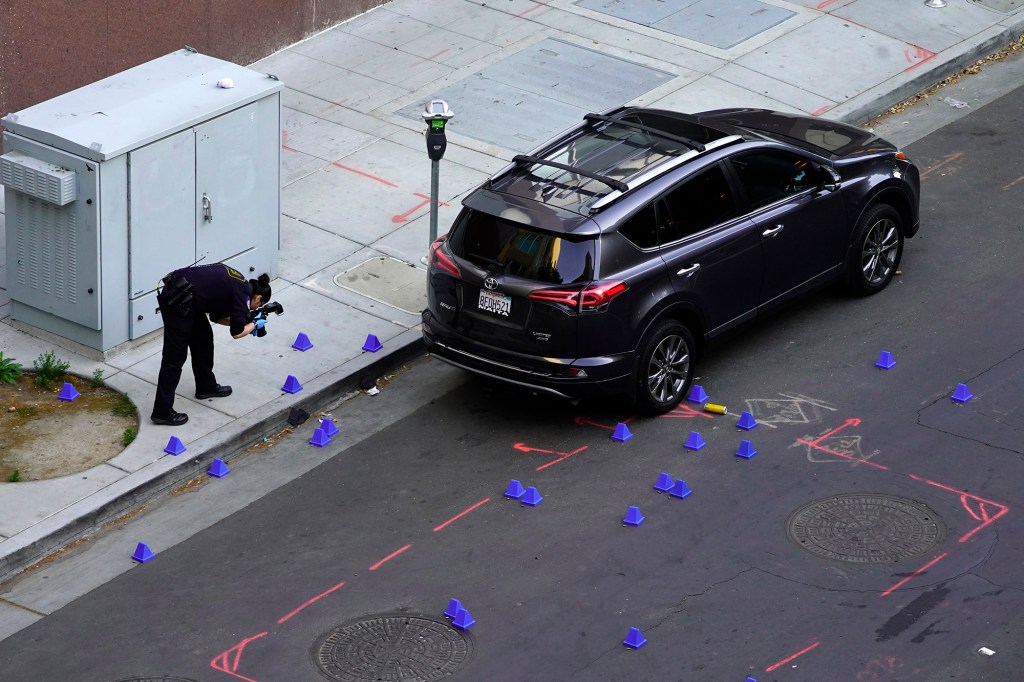 At the same time, California’s capital has also seen an alarming rise in crime.AP

The first quarter of 2022 also saw a staggering 92% increase in rapes compared to the same time last year, according to the data.

None of the reports directly correlate the rise in crime to the soaring crisis of homelessness.

However, the Golden State has seen a series of high-profile crimes blamed on disturbed felons being left to live wild on the streets despite calls for them to be locked up.

Last week, police killed a “transient” who had stabbed to death NASCAR star Bobby East while he pumped gas in Westminster, outside Anaheim.

Earlier this month, Olympic volleyball player Kim Glass, 37, feared she had been blinded when a felon with a track record of attacking women throwing a 10-inch metal bolt at her in downtown LA

Local District Attorney George Gascon — facing recall efforts over his soft-on-crime policies — finally made a successful bid to get the suspect kept behind bars and held on bail.

Earlier this year, a homeless man who’d ask a cop and been charged with weapons offenses was then charged with walking into a high-end LA furniture store and stabbing to death 24-year-old UCLA graduate student Brianna Kupfer.