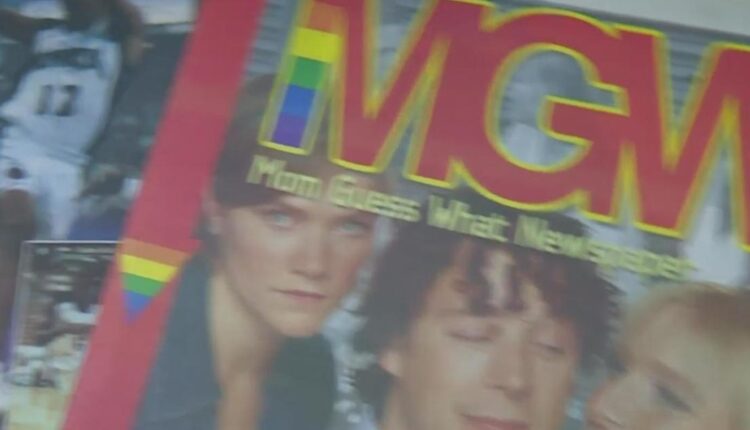 The Center for Sacramento History is calling on those who put it on the map, including the publisher, to make sure its groundbreaking legacy is remembered.

Lindabirner grew up on Winding Way – a teenage girl whose hobby gave her a head start. The young photographer soon became a graphic artist and a go-getter in the women’s movement. Her political activism put her center stage on the “No on 6” bill in 1978.

“The John Briggs initiative was about to be on the ballot,” Birner said. “He wanted all the school teachers and employees fired that were gay and lesbian. So I thought. ‘I gotta do something quickly and get the word out.'”

From that battle, a bright idea arose. Despite no business experience, it was black and white what Birner had to do next.

Advertisers bought in and “Mom Guess What?” what put to print. The publication quickly grew from 5,000 to 26,000 in circulation.

“The community was so excited!” she said with a smile on her face.

Mom Guess What newspaper covered a myriad of issues using the Sacramento Bee as a model.

“I wanted it to have politics, restaurants, opera reviews,” she said.

She says, initially, publisher CK McClatchy was a reluctant mentor. But that changed.

“We would go to lunch and he would bring a green pen and write up the paper and tell me how I could improve. He was like an editor. But after the fact, saying you could do better here. Do better there. Change this . Do this,” Birner said.

The paper captured the attention of celebrities like Jane Fonda, who attended Birner’s 40th birthday, and there were local politicians and legislators like Assembly Speaker Willie Brown who visited her L Street office, along with governors like Jerry Brown – who was a regular.

“He would want to come in, not just stop at the counter. So he would come in and he’d plop himself in front of me and we’d talk forever,” she said.

The publication was a touchstone to tap into a new market in a new time.

The paper had a thirty-year run. The mojo to make it happen is what the Center for Sacramento History wants to document.

“We’re missing different issues, but we’re trying to get a full run of the newspaper,” said historian Marcia Eymann.

The goal is to organize the archive and reach out to those who worked there.

“It was groundbreaking in the fact they were a gay and lesbian newspaper but they were covering everything,” Eymann said.

Birner reflected on all the stories, pictures and events the paper covered.

“I kind of forgot how much I’ve done,” saidbirner.

Tapping away at her old typewriter, she said it left a lasting imprint not only on her, but on the city of Sacramento.

“It just got me thinking: I really did an important thing. It helped individuals come out, be comfortable. I wanted people to have better self-esteem and get out of the bars and do sports and do things,” saidbirner.

Birner is hopeful as she works with historians to write the final chapter.

“So forever, or as long as the planet exists, people will have some place to go do research on the gay movement in California.”

The Valley’s crops are getting sunburned in this extreme heat