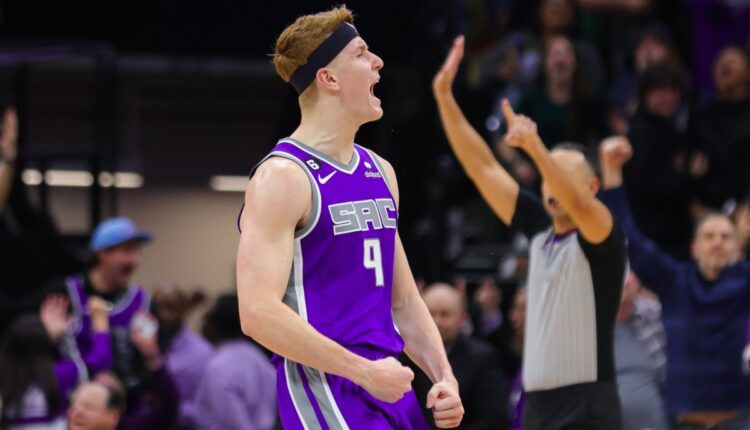 The Utah Jazz will attempt to get back on track in their first game of the new year when they face the Sacramento Kings at Vivint Arena on Tuesday night. The Kings beat the Jazz last week in a thriller at their place, but this time around, they could be down a couple of key players.

Kevin Huerter (back) and Malik Monk (shoulder) are both listed as questionable for the contest. Jazz fans may remember Huerter knocked down the go-ahead three-point shot on his way to 30 points in Sacramento’s 126-125 victory last Friday night.

The Jazz will be missing a key contributor as backup point guard Collin Sexton will be out due to a sore hamstring. It’s the same injury that caused Sexton to miss time, and it’s reported he’ll be out for at least a week.

The Jazz will be looking to get back to their winning ways, as they now have a losing record for the first time this season. The Jazz are still locked in to be in the play-in game, but the Minnesota Timberwolves and Los Angeles Lakers are in position to leapfrog Utah if they don’t turn it around.

The trade deadline is only five weeks away, and what happens this month will go a long way toward deciding who’s staying and what players will be on their way out of Salt Lake City.

Want a Clue on Health Care Costs in Advance? New Tools Take a Crack at It