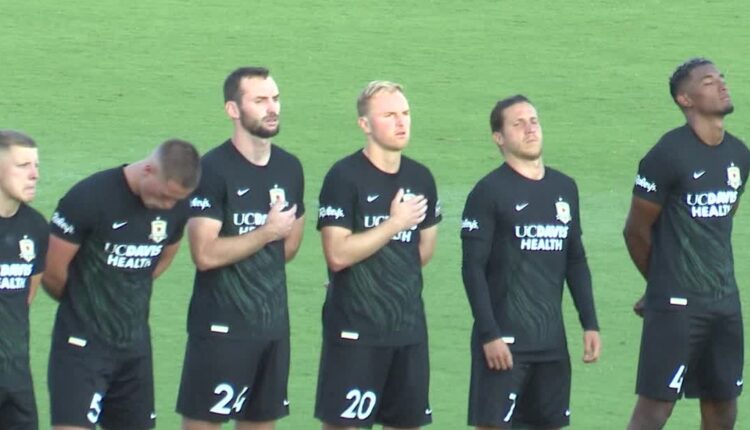 SACRAMENTO, Calif. (KTXL) — The 2022 regular season will come to a close this weekend for the Sacramento Republic FC.

The Republic FC will welcome the San Diego Loyal SC to Heart Health Park for the regular season finale on Saturday.

The two clubs met earlier this season, resulting in a 2-0 loss for the Republic FC in San Diego on March 19.

Sacramento has already locked up its playoff berth and will make its eighth postseason appearance in the past nine years. The club is currently fourth in the Western Conference standings of the United Soccer League Championship with a record of 14-11-8.

A win on Saturday needs one point in the Western Conference standings to secure a top-four finish. The Republic FC has gone winless in their past four matches, going 0-3-1 since their last victory on Sept. 18.

Sacramento finishes its last match with a 1-1 tie against the Pittsburgh Riverhounds SC at Heart Health Park.

San Diego is also playoff bound, as it’s currently No. 2 in the Western Conference standings with an 18-9-6 record. The Loyal SC is coming off a 3-3 draw at home against New Mexico United.

With the home match being the final one of the regular season, the Republic FC will have Fan Appreciation Night to honor their fans’ support throughout the season. The night will also include an address to the fans from Republic FC midfielder Rodrigo Lopez.

Kickoff for Saturday’s match is scheduled for 7 pm

How to watch Republic FC matches